Why Do Cats Love to Climb Trees and Refuse to Come Down and Which Cat Actually Lives in Trees?

Many cats have a habit of settling or perching in high places such as ledges, and this fondness is based on instinct.

In the wild, a higher place may serve as a perfect concealed spot from which to hunt. 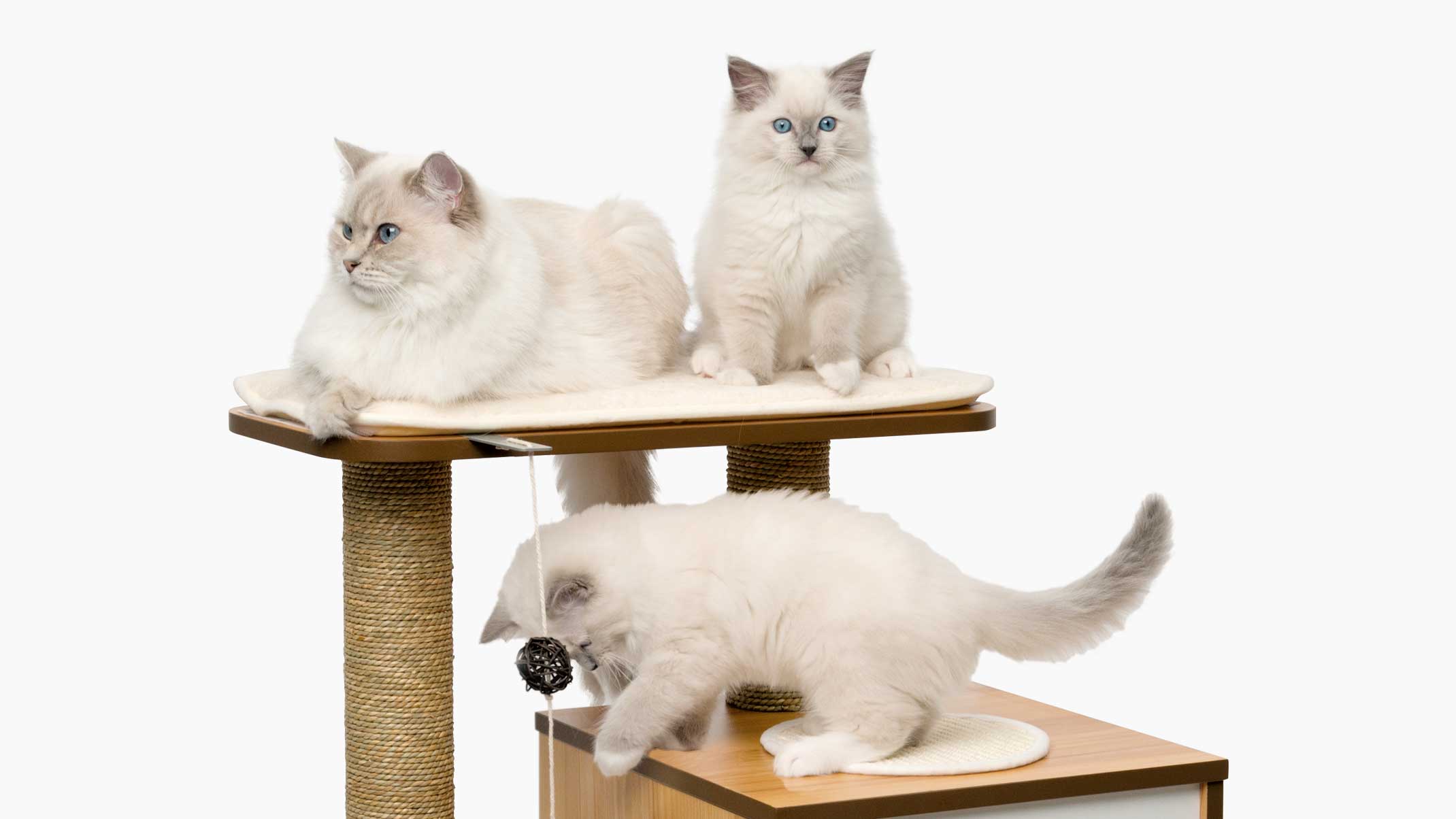 Domestic cats may pounce on prey from a tree branch, like a leopard does in the wild.

Other possible explanations may be that height gives the cat a better observation point, allowing it to survey its surrounding territory.

Another unique skill of cats is its ability to instinctively twist its body and right itself using its sense of balance and flexibility during a fall from a high place.

This is known as the cat’s “righting reflex”.

This is, of course, if the cat has enough time to do so. And no it doesn’t work from really high spots. Please don’t try it at home.

The margay of South and Central America is one cat species that spends nearly all of its time in trees, only rarely coming down to the rain-forest floor below.

Not surprisingly, the margay has evolved to the point that it eats mostly birds, tree-dwelling mammals, and reptiles, instead of the usual ground-ranging fare.

It’s so well adapted that it can even turn its rear feet backward and hang like a squirrel while descending a branch.

A declawed house cat is unable to climb trees to safety and escape predators like stray dogs, and it basically gives it no chances of survival in the wild.

The lack of of claws decreases their mobility as well, since cats use claws for traction when running.

A declawed cat is also unable to defend itself in a fight against predators, especially if it ends up as a stray.