Why Do Lovebirds Kiss Each Other?

When two lovebirds appear to be kissing, they are actually grooming each other.

Male and female lovebirds groom each other with their bills to keep each other clean and neat. It is also a way of showing affection. Other species of birds have interesting ways of caring for one another. During the mating season, bluejays often feed one another, using the same procedure mother bluejays use when feeding their young.

Woodpeckers and robins perform the same activity. Did you know that most species of lovebirds usually live together in pairs in the wild, although certain of these small parrot like birds also live in large groups? The male lovebird sometimes engages in ritual fencing with a male opponent. The only object of the battle is to bite the other bird’s foot. 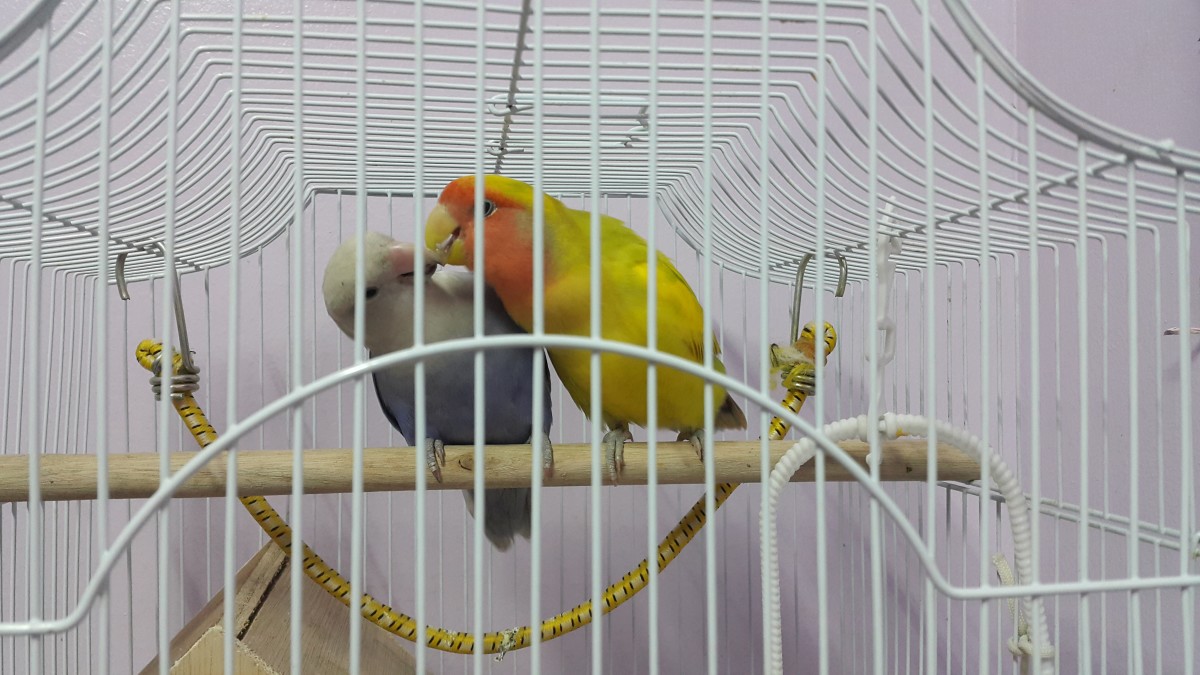 The fencing, of course, is done with the beaks, and although either of the birds could easily reach out and nip any part of its foe’s body, they don’t do it. The sole object of the fight is a bite on the foot.