Why Does a Mirror Reverse Things Right To Left But Not Top To Bottom?

This is one of those loaded questions that can drive you crazy because the question itself is misleading. It starts with a mistaken assertion and asks us to carry on our reasoning from that point. But you can’t pursue the road to truth if somebody starts you off in the wrong direction.

A mirror does not reverse things right to left. It reverses things front to back; it reverses in and out. Read that again.

And think about it. 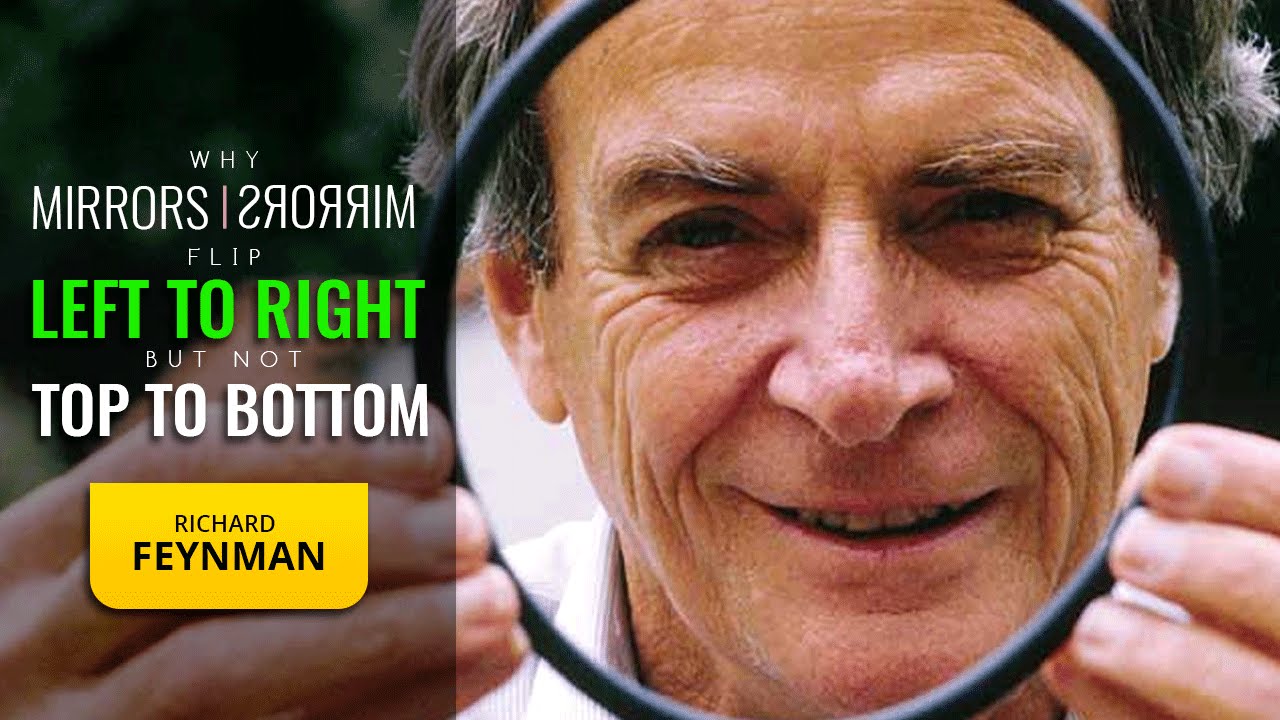 All a mirror can do is reverse a direction. It can’t rotate anything. It’s you that imagines yourself rotated. The mirror didn’t do it.

Stand in front of a full-length mirror. Let’s name the person in the mirror Egami. Now how do you think Egami got that way, with his left arm toward your right and his right arm toward your left? I’ll bet you seven years of bad luck that you think Egami got that way by your turning around, by your rotating half a turn, executing an about-face. That’s why you think right and left have been reversed. You did it yourself, by turning yourself around, in your imagination.

But that’s not what the mirror did.

All the mirror did by taking its incoming light and shooting it back at you was to reverse the direction of the light. Egami is simply you with your “toward” and “away” directions reversed. You are, of course, in the habit of looking away from yourself, but Egami is looking toward you; if you’re facing north, Egami is facing south. And whenever a person is facing in the opposite direction from you and looking toward you, his left arm will be on your right, no? What’s so unusual about that? No rotations or right-to-left swaps are needed.

Notice that the words “up,” “down,” “top” and “bottom” appear nowhere in the foregoing. They’re completely irrelevant to two people who are facing each other. “Up” and “down” mean exactly the same thing to both of them. Unless, of course, one of them is standing on his head.

How can we get one of them to stand on his head? Easy. Hold the mirror high above your head and parallel to the floor. Or else put the mirror on the floor and stand near (not on!) it. Egami is now standing on his head, isn’t he? Which proves that the mirror reverses only its in and out directions, which from your current viewpoint just happens to be up and down.

You can see the same up-down reversal in the mirror-like surface of a small, calm lake or pond. Look at the reflection of the trees on the other side. They’re upside down, aren’t they?

And by the way, I’ve referred to Egami with masculine pronouns to avoid “him-or-her”-ing all over the place in an explanation that you may think is already complex enough. If you’re female, please don’t think I’m saying that mirrors reverse gender. (And don’t wear a skirt when you put that mirror on the floor.)

Oh, the name? If you haven’t yet figured it out, Egami is “image,” reversed from right to left.

When I look into the bowl of a shiny spoon, my image is both reversed right to left and inverted upside down. How does it do that?

I just finished explaining that the image isn’t really reversed right to left, so let’s put that aside. But indeed, how about the upside-down inversion?

These “high” and “low” reflectors give you a stand-on-the-head image, exactly as the above-your-head and on-the-floor mirrors did in the preceding explanation.