Why does Adding Salt to Ice and Water Make it So Much Colder Than the Freezing Point?

The normal temperature of an ice and water slush is 32 degrees Fahrenheit (0 degrees Celsius).

But that’s not cold enough to freeze ice cream. It has to be at 27 degrees Fahrenheit (-3 degrees Celsius) or below. Salt is what does the job. Lots of other chemicals would do the trick, but salt is cheap.

When ice and salt are mixed, some salt water is formed and the ice spontaneously dissolves in the salt water, making more salt water. That’s what happens when you throw salt on an icy sidewalk or driveway; solid ice plus solid salt becomes liquid salt-water. 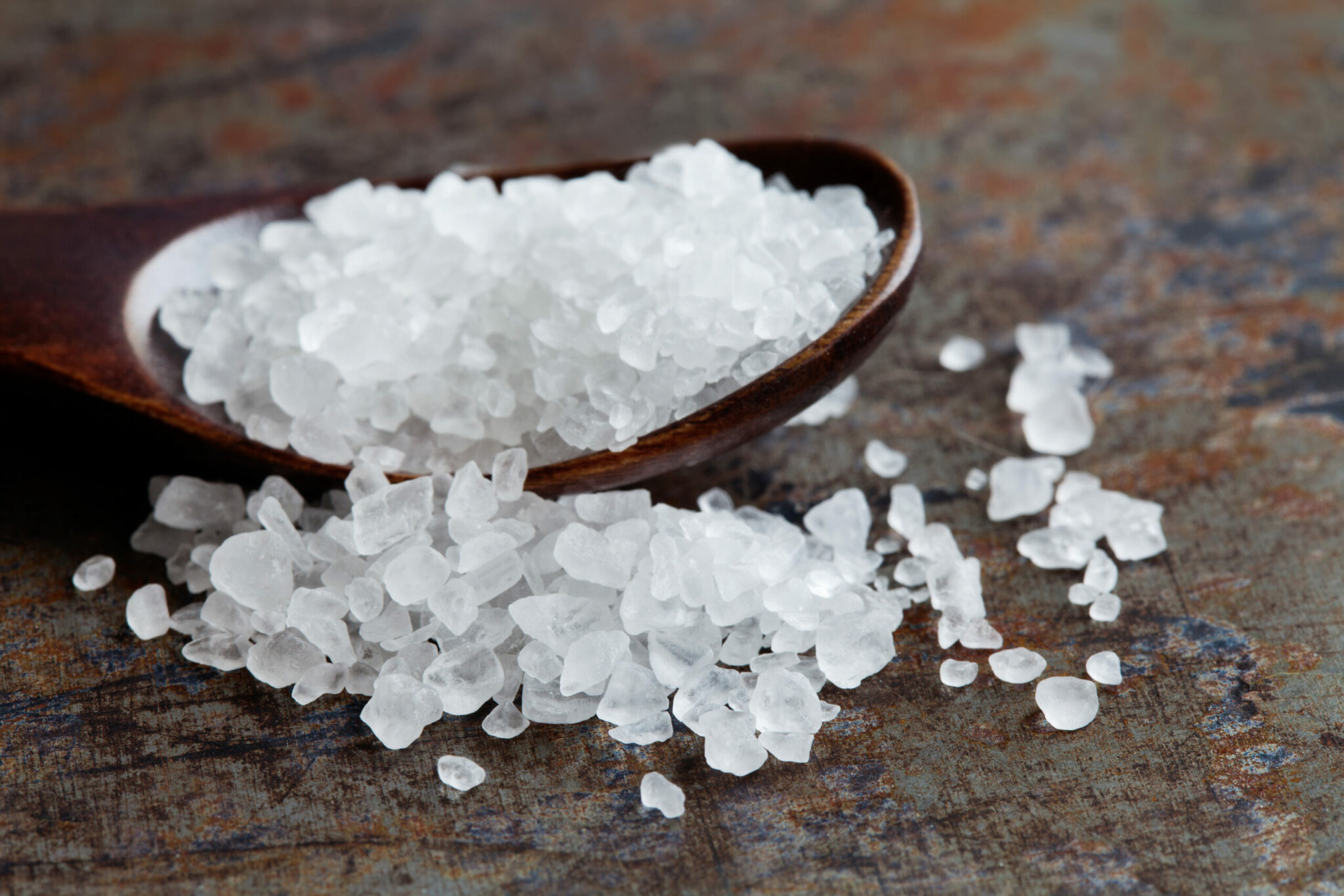 Inside a piece of ice, the water molecules are fixed in a definite, rigid geometric arrangement. This rigid arrangement breaks down under the attack of the salt, and the water molecules are then free to move around loosely in the form of a liquid. But it takes energy to tear down the solid structure of ice molecules, just as it takes energy to tear down a building.

For a piece of ice that is in contact with nothing but salt and water, that energy can come from nowhere but the heat content of the salt water. So as the ice breaks down and dissolves, it borrows heat from the water, lowering its temperature. The slush gets repaid by taking heat out of the ice-cream mixture, which is, of course, just what you want it to do.

Put equal amounts of cracked ice in two identical glasses. Pour just enough water into each one to make the ice begin to float. Then dump a lot of salt into one of the glasses and poke it down into the ice a bit. After several minutes, check the temperatures with a kitchen meat thermometer. (Lord knows why, but many of them do go down below freezing.)

You’ll find that the salted ice gets much colder than the plain ice. You may even be able to scrape some frost off the outside of the salted glass with your fingernail.