Why does Dairy Queen Soft-Serve Ice Cream become hard in the freezer and What is Ice Cream Made of?

As (chocolate) Dairy Queen aficionado myself, we conducted an investigation. I bought a quart container of soft-serve ice cream and measured its temperature by plunging an instant-read thermometer into the middle and waiting for a couple of dozen “instants” until it reached its final reading.

On the two occasions it measured 14 and 16°F (-10 and -9°C). Then, after a couple of days in my freezer, somewhat diminished in quantity by after-dinner “scientific tests,” each quart measured 0°F (-18°C). My soft-serve had become just as hard as ice cream.

Thus, Dairy Queen and the other soft-serves are nothing but ice cream at a warmer temperature. We love them not only because of their softer, smoother textures but because our palates are more sensitive to flavors at warmer temperatures. 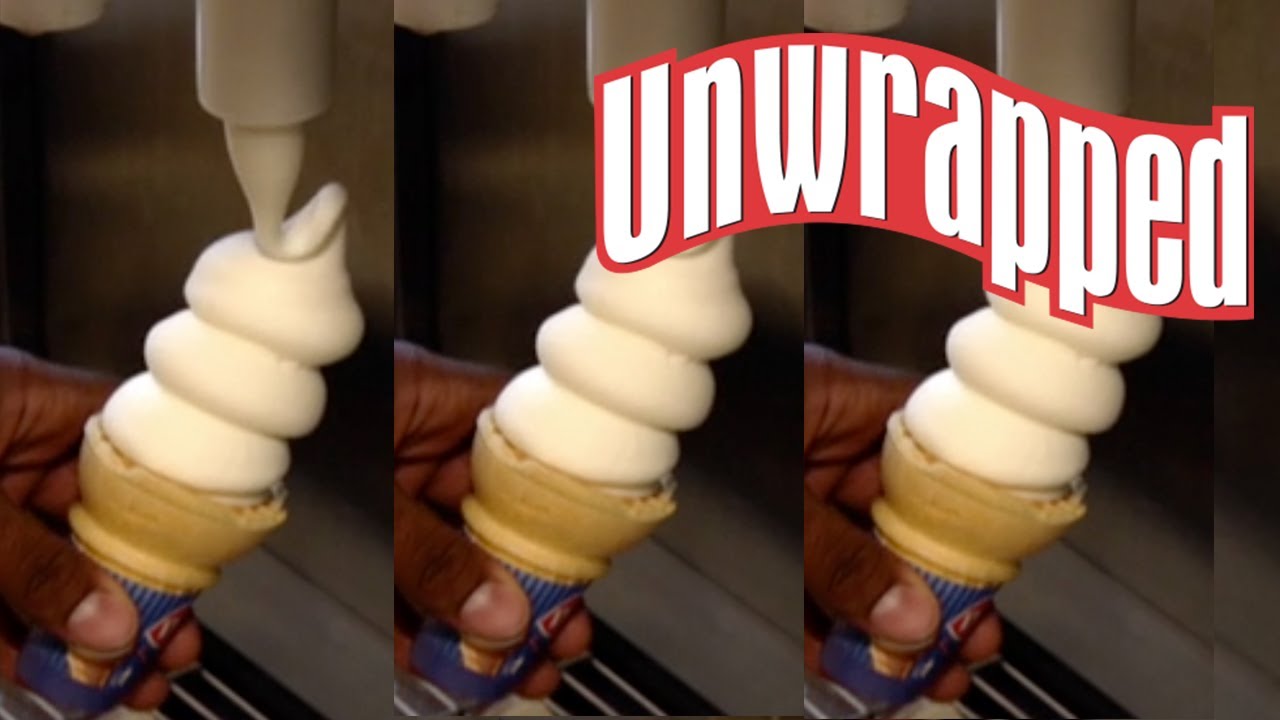 Milk fat, the main ingredient, is of course butterfat, and butter is harder at lower temperatures because more of its fat is crystallized. The monoand diglycerides behave similarly to the butterfat’s whole fats (triglycerides), while the guar gum and carrageenan thickeners also tend to tighten up at lower temperatures. So it’s no wonder that the Dairy Queen is soft when you buy it but hardens in the freezer.

At Dairy Queen, TCBY, Carvel, and many other franchised and independent stores, rivers of various soft ice cream products, including nonfat ice cream, low-fat ice milk (which perversely contains less milk than ice cream), frozen yogurt, and frozen custard, flow like lava from smug-looking machines that guzzle batches of packaged mixtures dumped into their maws. The machines mix and chill them, adjust their temperature and viscosity, and dispense them in a variety of flavors, even swirling two flavors together for irresolute customers who can’t decide between chocolate and vanilla. (Can there be any question?)

Dairy Queen’s product is a reduced-fat ice cream containing 5 percent fat. TCBY sells both nonfat and 4-percent-fat (billed as “96 percent fat-free”) frozen yogurt. Frozen custard is the smoothest and creamiest of all, and as a consequence the fattiest. (There’s no free lunch.) Typically it contains 10 percent butterfat and a minimum of 1.4 percent egg yolk solids.