Why Does Gravity Try To Attract All Things To the Center of Earth?

You’ve heard the expression “center of gravity” before, and now’s your chance to understand what it really means. But first, what is gravity, or, more properly, gravitation?

Gravitation is one of the three fundamental forces in Nature. (The other two are the strong nuclear force, which holds atomic nuclei together, and the electroweak force, which drives certain radioactive changes and is responsible for all electric and magnetic effects.) And what is a force? A force is what makes things move, and nobody can define it any better, despite pages and pages of equations. 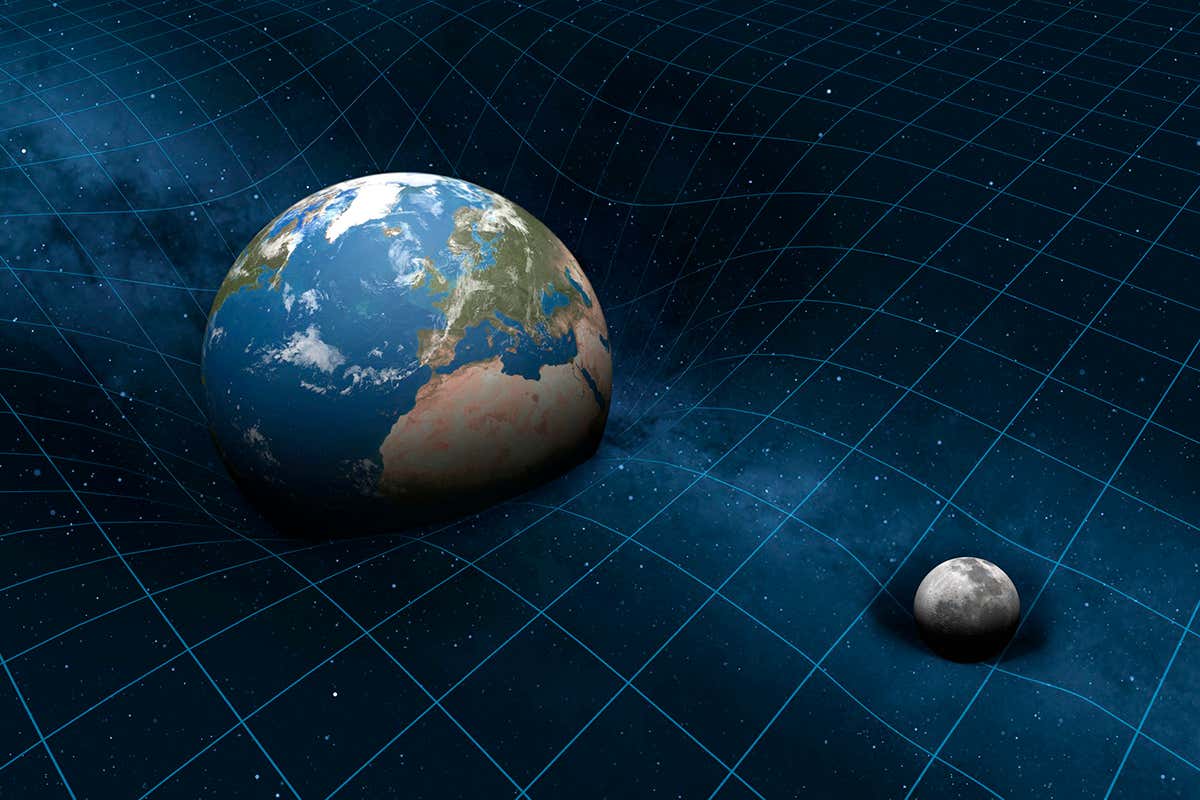 But like two people on an ideal date, gravitation isn’t a one-way attraction. It’s mutual; each body attracts the other. And the more mass a body has , the more particles of matter it contains, the stronger its aggregate attractive force will be. That’s why when you jump off a ladder, Earth doesn’t fall upward to meet you. Its superior mass wins out, and Mohammed falls toward the mountain, so to speak.

Consider this: Every particle of matter in the body of our planet is attracting, and being attracted by, all the other particles. A particle that’s only a few meters deep beneath the surface is being pulled down by a lot more particles than are pulling it upward, because there are a lot more particles below it than above it. It therefore feels a net downward pull.

The same thing can be said for all particles that have more stuff below them than above them, and they are therefore all attracted downward. Downward toward where? Toward the one place that has equal amounts of stuff around it in all directions: the center of Earth. Thus, Earth acts as if it has only one point toward which it attracts everything by gravitation: the center of its gravity.

Mother Earth isn’t a perfect sphere; she’s slightly squashed from north to south and, like the rest of us, she bulges somewhat around her equator. Her diameter through the North and South Poles is 26 miles (42 kilometers) shorter than through the equator. We could still find the geometric center of this slightly unspherical shape and call it the center of gravity, except that Earth’s mass isn’t distributed uniformly throughout, and it’s the center of all the mass that counts where gravity is concerned.

For example, if there were a huge mass of lead buried a few hundred miles below France, Earth’s center of gravity would be shifted in that direction. An object dropped in North America would fall slightly more toward France than what is now “straight down.” Moreover, France would be closer to Earth’s center of gravity than it is now and everything would be heavier. The sound of falling soufflés would be deafening.

An almost incredible application of this principle is the mapping of the oceans’ floors by the measurement of slight changes in gravity caused by undersea peaks and trenches. Wherever there is a concentration of mass due to an undersea mountain, the gravitational attraction to the water above is stronger, so water molecules tend to gravitate toward that location, as if to a stronger magnet.

That makes a slight pileup of water and a bulge in the ocean’s surface that, believe it or not, can be detected by an overhead satellite shooting radar beams down at the sea and watching how they reflect back up. Conversely, where there is a deep-sea trench, the water’s surface might be depressed by as much as 200 feet (60 meters). In this way, scientists have made detailed maps of the oceans’ floors without even getting wet. Geology books can show you astoundingly realistic pictures of the world’s ocean bottoms, as if the waters had been parted by a modern-day Moses.

An object’s mass is the amount of stuff or “matter” that it contains. Here on Earth, we measure the mass of an object by seeing how strongly Earth’s gravitation pulls it down onto a scale. The more mass, the more pull. We call that amount of pull the object’s weight.

Of course, the scale is measuring the amount of mutual attraction between Earth and the object. But because Earth’s pull is always the same, we attribute the scale’s reading to the object’s own attractive force: its mass.

So when your bathroom scale shows a higher reading, you can’t attribute it to an increase in Earth’s mass. It’s that burdensome mass of yours.

Don’t say that aloud too fast.