What the United States Census Bureau calls the geographic center of area is the point on which the surface of a geographical entity would balance if the surface were a plane of uniform weight per unit of area.

For the United States, that point has been in Butte County, South Dakota, on the state’s western border, since the census of 1960, the year the bureau began including Hawaii and Alaska in its calculations. If only the forty-eight contiguous states are included, the point is in Smith County, Kansas, which is roughly in the middle of the state’s northern border. 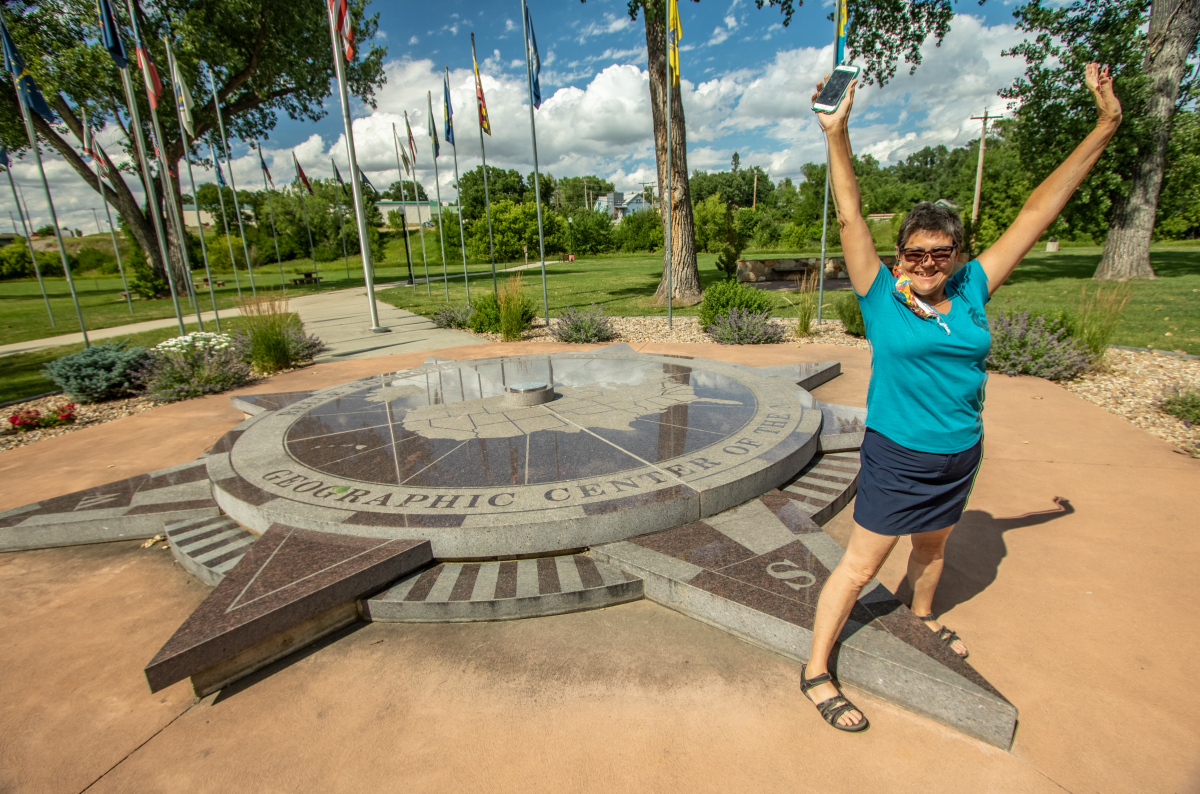 The population center is the point on which this surface would balance if weights of equal value were placed on it, with each weight representing the location of one person on a particular date.

For the 2000 census the point lies in Crawford County, Missouri, about 90 miles southwest of St. Louis.