Why Does Heat Rise and Do All Forms of Energy Go Up?

People say heat rises because they’re speaking carelessly. The statement is just a lot of hot air, because heat doesn’t rise. What they mean to say is that hot air rises.

Heat is one of many forms of energy; it is energy in the form of moving molecules. But it’s meaningless to say that any form of energy rises, falls or creeps along sideways. True, energy is always going places and doing things; that’s its mission. But it isn’t partial to any particular direction, except, of course, for gravitational energy, which on Earth shows a distinct preference for down. (But that’s only because the center of Earth, lies beneath our feet, which we choose to define as “down.”)

We spend our lives engulfed in a sea of air, so when we think of something rising we mean that it’s rising through the air. Only air or other gases can rise through the air; solids and liquids can’t because they’re just too heavy, or dense. 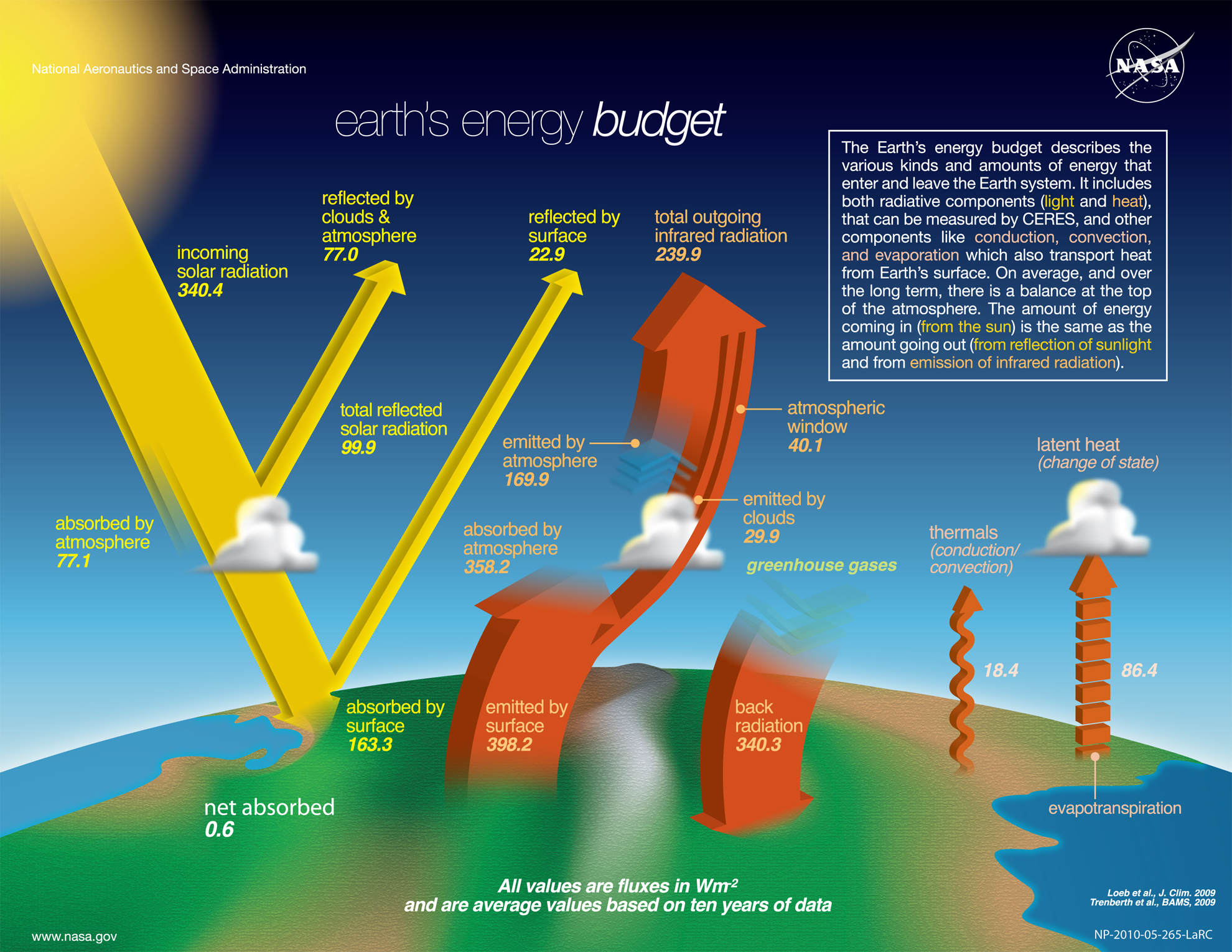 That last word, “dense,” is the key. The density of a substance tells how heavy a given volume or bulk of it is. For example, a cubic foot of water weighs 62.4 pounds (a liter of water weighs 1 kilogram), while a cubic foot of room-temperature, sea-level air weighs about an ounce (a liter of it weighs about a gram). In American Techspeak, we would say that the density of water is 62.4 pounds per cubic foot and the density of air is about 1 ounce per cubic foot. Since there are about 1,000 ounces in 62.4 pounds, we could say loosely that water is 1,000 times “as heavy” (strictly speaking, “as dense”) as air.

Now everyone in the world except the United States of America and three other great powers (Brunei, Myanmar and Yemen) uses the International System of Measurement (called “SI,” for S ystème I nternational in French), which is apprehensively referred to in the United States as the Metric System. In SI units, the densities of water and air are very simple: 1 kilogram per liter for water and 1 gram per liter for air (at sea level).

But that’s room-temperature air. Like most other things, air expands when it’s heated, because at higher temperatures its molecules are moving faster and require more elbow room, so they spread out, leaving more empty space between them. More empty space means that a cubic foot (or a liter) of the warmer air will weigh less. It is now less dense than it was.

But the 62.4–dollar question is, What makes that warmer, lighter air move upward through the heavier, cooler air?

Well, what does “heavier” mean? It means that gravity is pulling down on the cool air more strongly than on the warm air. (There are more molecules per cubic foot or liter to pull on.) So wherever warm and cool air find themselves next to each other, the cool air will be pulled down past the warm air. The warm air has no alternative but to get out of the way and be displaced upward. Lo! It is risen.

When one of those beautiful hot-air balloons takes off into the blue sky, people gawking upward from the ground may wonder what force is “pushing it up.” Now you know that there is no upward force. That bubble of hot air is merely being subjected to a lesser downward force, compared with the cooler surrounding air. And that has precisely, exactly, absolutely the same effect.

When hot air rises through the atmosphere, the very act of rising cools it off somewhat. I know this sounds paradoxical, but don’t turn the page quite yet.

When a warm mass of air rises, it, of course, gains altitude. Masses of air can gain altitude, even if they’re not warm, perhaps by drifting up against a mountain and being forced to swoop upward along its slope. Whatever the reason for air masses’ moving upward, there must always be equal masses of air moving downward to replace them. The result is that there are rising and falling masses of air all over the world.

Let’s see what happens to a particular passel of rising air as it gains altitude.

At higher altitudes, the atmosphere is thinner. That’s because there’s less atmosphere above it, so it’s not under as much compression by gravity. (Gravity pulls air down just as it does everything else; air may be light, but it still has weight.) In other words, at higher altitudes there is less pressure from the atmosphere, and that allows our rising passel of air to expand.

But in order to expand, the passel’s molecules have to elbow aside the air molecules that are already occupying that space. And that uses up some of the passel’s own energy. What kind of energy?

The higher a mass of warm air rises through the thinner and thinner atmosphere, the more it expands and the more it cools. This is one reason that it’s colder up on a mountain than down in the valley. (But see p. 112 for the main reason it’s colder at higher altitudes.)

You have undoubtedly experienced the automatic cooling of an expanding gas, whether you paid attention to it or not, because there isn’t anybody who hasn’t used an aerosol spray can for paint, hair spray, deodorant or whatever. Grab the nearest one, and try this:

Point an aerosol spray can in a harmless direction and spray for three or four seconds. Notice that the can gets cold. It contains a compressed gas, usually propane, now that chlorofluorocarbons (CFCs) have been banished because they chew up the ozone layer. When you press the valve to spray the liquid, the gas is allowed to expand and push the liquid out the nozzle. During that expansion, the gas becomes cooler.