Why Does Tea or Coffee Taste Better When Made With Fresh Water and Why Does Stale Water Taste Flat?

The reason that freshly boiled water is more effective for making tea or coffee than water boiled twice is that the fresh water has a higher oxygen content.

This should result in a tastier cup of tea because more tea will be extracted from the tea leaves. 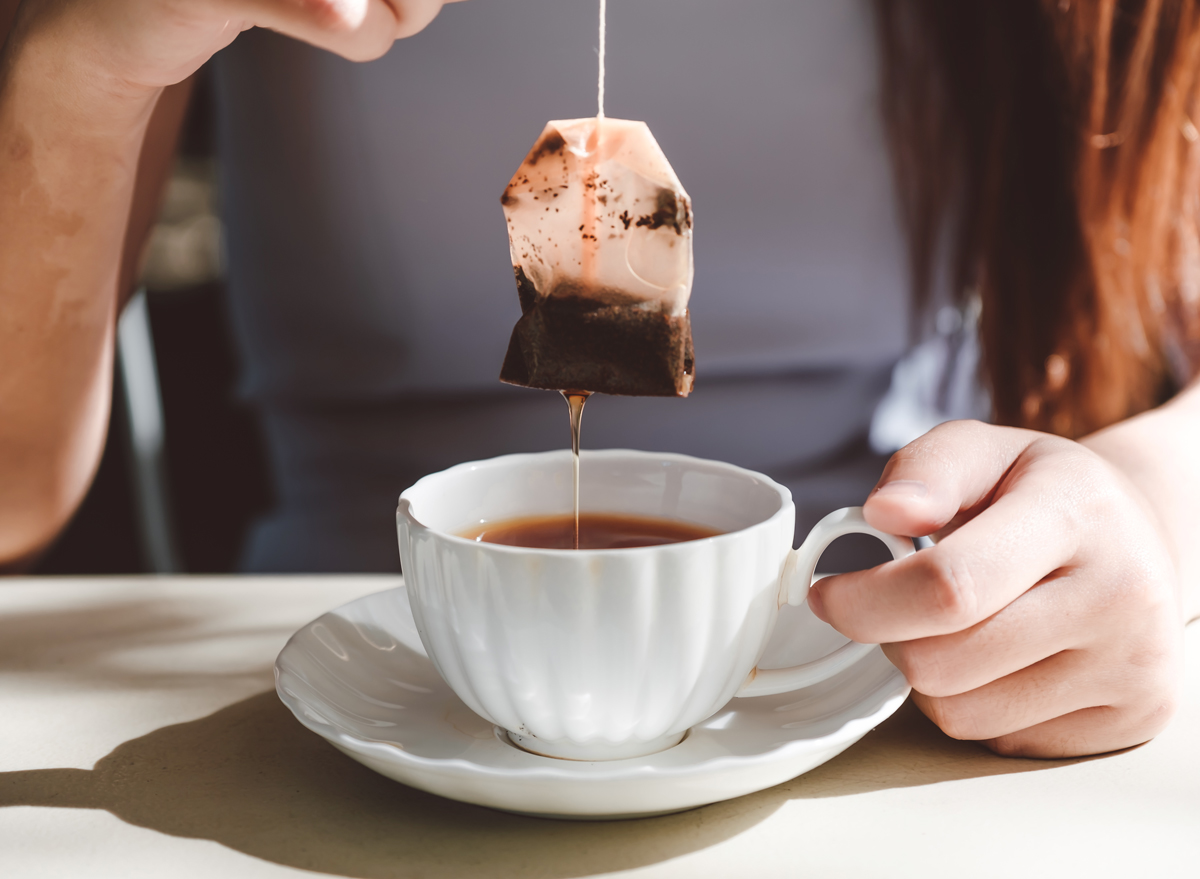 The reason for using freshly drawn water to make tea was because the dissolved oxygen made the tea taste better.

Water which has been standing or, worse, had been boiled contained less dissolved oxygen.

The British Standard 6008, which describes in great detail how to make a cup of tea, says that the water must be freshly boiling but does not say anything about it being freshly drawn. It also says that the milk should be put in the cup first to avoid scalding it.

The traditional explanation for making tea with freshly boiled water is that prolonged boiling drives off the dissolved oxygen, making the tea taste “flat”. My own experiments with water simmered for an hour against freshly boiled water produced little perceptible difference, even though high-quality leaf tea was used and brewed for five minutes.

Many people believe the difference was of the slightest practical importance for tea made by dunking a tea bag, especially if the water had merely been boiled twice.

Once, during an emergency overseas, we were instructed to boil all drinking water for several minutes. It didn’t seem to affect the tea.

However, we decided that it would be a good idea to use a domestic pressure cooker to raise the water temperature to beyond boiling point to sterilise the water thoroughly. This was fine when used for drinking or cooking, but when we tried using it for making tea the result was absolutely dreadful.

On the other hand, tea has been drunk at an altitude of 2100 metres where, of course, the boiling point is lower than 100 °C, but we noticed no difference in the taste. Nor did our tea-planter hosts make any comment on the point.

Pressure-cooked water apart, I think the length of time the tea is allowed to infuse is a more critical factor.

Dissolved aluminum in the water, not the higher temperature to which the water had been subjected, is the reason the tea tasted awful.

In the days when most kettles were made of aluminum they carried instructions to prepare the new kettle by repeatedly boiling fresh water and then discarding it. Only then should the first pot of tea be made with fresh water. During these repeated boilings, a patina of dull oxide built up inside the kettle and prevented the water dissolving the pure aluminum.

The preference for fresh water when making tea has little to do with oxygen but is related to dissolved metal salts, mainly calcium and magnesium bicarbonates, sulphates and chlorides, which are present as impurities in tap water and which affect the color and taste of tea.

Boiling tap water destabilises the bicarbonates, which precipitate out as insoluble carbonates on cooling, this is why a kettle furs up with time. In hard-water areas, where more dissolved salts are present, repeated boiling and cooling will remove sufficient calcium and magnesium salts, although boiling for a long time without cooling has less effect.

There are three reasons why repeatedly boiled and cooled water can produce a less palatable tea.

First, some of the precipitated carbonate remains in suspension, even after reboiling, as a white scum, particularly noticeable in new plastic kettles, and this taste is more marked than bicarbonates dissolved in water, especially when the scum interacts with the tea.

Secondly, the salts in the water which are not destabilised by boiling, so called permanent water hardness, are gradually concentrated by evaporation, producing unpleasant flavors.

Finally, traces of metals, such as iron and copper, can accumulate in repeatedly boiled water and these can interact with oxygen and reducing agents in the tea (phenols) by complex redox reactions to produce further effects on flavor.

Man caffeine addicts suffer severe headaches if they go more than a day without my cups of tea.

To conserve fuel on hikes lasting a number of days, we tried leaving a tea bag in a bottle of cold water for a few hours. It worked. Not only did it give us our fix of caffeine, but it tasted like tea, albeit cold tea. We haven’t yet tried making such a cold infusion, then heating it in a microwave, but it should prove quite drinkable.

Hard waters, and most waters do have some mineral salts in solution causing hardening, brew slower than soft or alkaline waters.

If you boil hard water for considerably longer than the standard half a minute or so, more of the dissolved salts deposit themselves on the inside of the kettle. The emerging water is then softer than expected and softer than the tea taster balanced the tea blend for. It will brew quicker and with a darker color than usual.

Tea manufacturers ensure constant performance by balancing their blend differently for sale in different water areas of the country, even where the brand label is the same.

Hard water can be artificially softened with a pinch of bicarbonate of soda, but the dramatic darkening of the color and change of flavor are unacceptable to most people, including tea tasters.