Why Does Tea Made With a Kettle Taste Better Than Tea Made In the Microwave?

Water for tea must be boiling hot in order to extract all the color and flavor. Caffeine, for example, won’t dissolve in water that’s much cooler than 175°F. That’s why the teapot, or if you’re a bag-at-a-time brewer, the cup, should be preheated, to prevent the water from cooling too much during brewing.

When you’ve got a full, vigorous boil going in a teakettle you know that all of the water is boiling hot, around 212ºF. 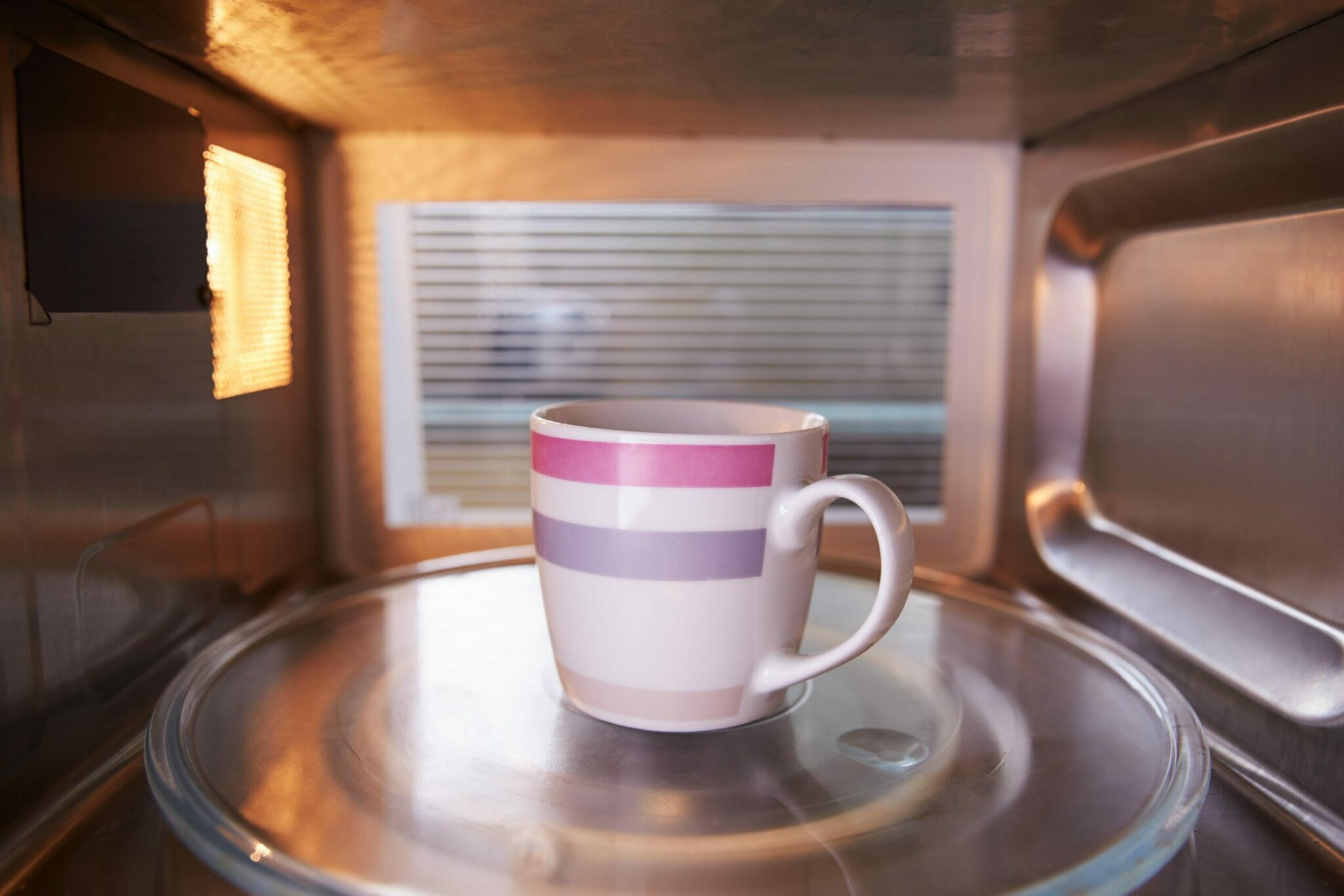 That’s because the heated water at the bottom of the kettle rises, to be replaced by cooler water, which then becomes heated and rises, and so on. So the entire kettleful reaches boiling temperature at pretty much the same time. The bubbling further mixes it, to a uniform temperature.

But microwaves heat only the outer inch or so of the water all around the cup, because that’s as far as they can penetrate. The water in the middle of the cup gets hot more slowly, through contact with the outer portions.

When the outer portions of the water have reached boiling temperature and start to bubble, you can be tricked into thinking that all the water in the cup is that hot. But the average temperature may be much lower, and your tea will be short-changed of good flavor.

Another reason that kettle-heated water is better is that heating a cup of water to boiling in a microwave oven can be tricky, if not to say risky.

What is the brown sludge that forms in my cup when I make microwaved tea?

Patient: Doc, it hurts when I bend my arm this way.

Doctor: So don’t bend your arm that way.

My answer to your question is similar: Don’t make microwaved tea.

The water isn’t as hot as if you had used fully boiling water from a kettle. Thus, some of the caffeine and tannins (polyphenols) in the tea don’t stay dissolved; they precipitate out as a brown scum. Tannins are a broadly defined category of chemicals that give tea, red wine, and walnuts that puckering, astringent sensation in the mouth.

They’re called tannins because they have historically been used to tan skins into leather. And that’s what they do, in a small way, to the “skins” of your tongue and mouth.