Why Does the Leaning Tower of Pisa Lean?

The Leaning Tower of Pisa is a marble bell tower at Pisa, Italy. Even though the tower has been leaning since it was under construction, it has stood for hundreds of years, despite the fact that it looks as if it might fall any minute.

The tower was begun over 800 years ago, in 1173, and after the first three of its eight stories were built, the ground started to sink, and the tower began to lean. It has continued leaning, a millimeter each year, and now leans 14 feet out of line.

Still, the lean does not stop thousands of tourists each year from climbing its 300 winding steps to the bell tower to view Pisa and the surrounding countryside. 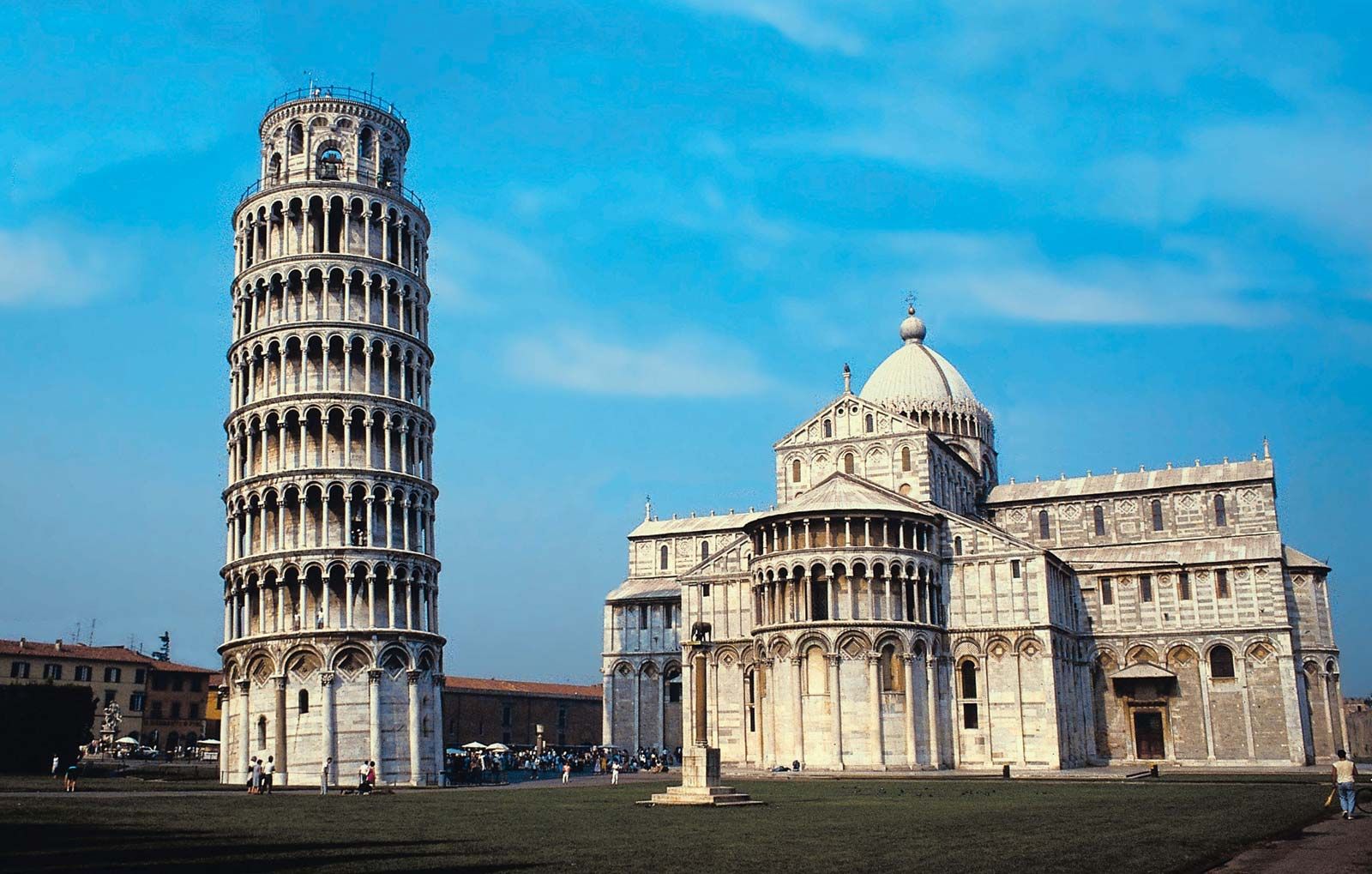