Blood is a bodily fluid that transports important nutrients and oxygen to the body’s cells, and transports waste products away from those same cells. 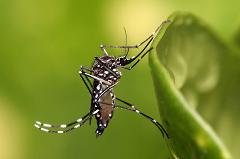 The most abundant cells in vertebrate blood are red blood cells, which contain hemoglobin, an iron-containing protein that facilitates transportation of oxygen.

In most insects, their blood does not have hemoglobin to transport oxygen because their bodies are small enough, and openings called tracheae allow oxygen from the air to be absorbed directly to the tissues.

An insect’s blood is also known as hemolymph, and it is this lack of hemoglobin that gives the blood of an insect its yellow color or appearance.

When you squash an insect and see red liquid, it’s the pigment from its eyes, and not blood like most people think.