Why is it colder at the top of a mountain than at sea level?

Although it sounds like a lot, and certainly seems like a lot if you’re the one doing the climbing, even Mount Everest is only 5.5 miles high.

Considering that the sun is 93 million miles away from Earth, a measly 5.5 isn’t going to largely effect the amount and intensity of the sunlight you’re receiving.

To see any significant rise in temperature due to distance to the sun, you’d have to get into a spaceship and set the controls for the heart of the sunperhaps stopping after 10,000 miles or so. 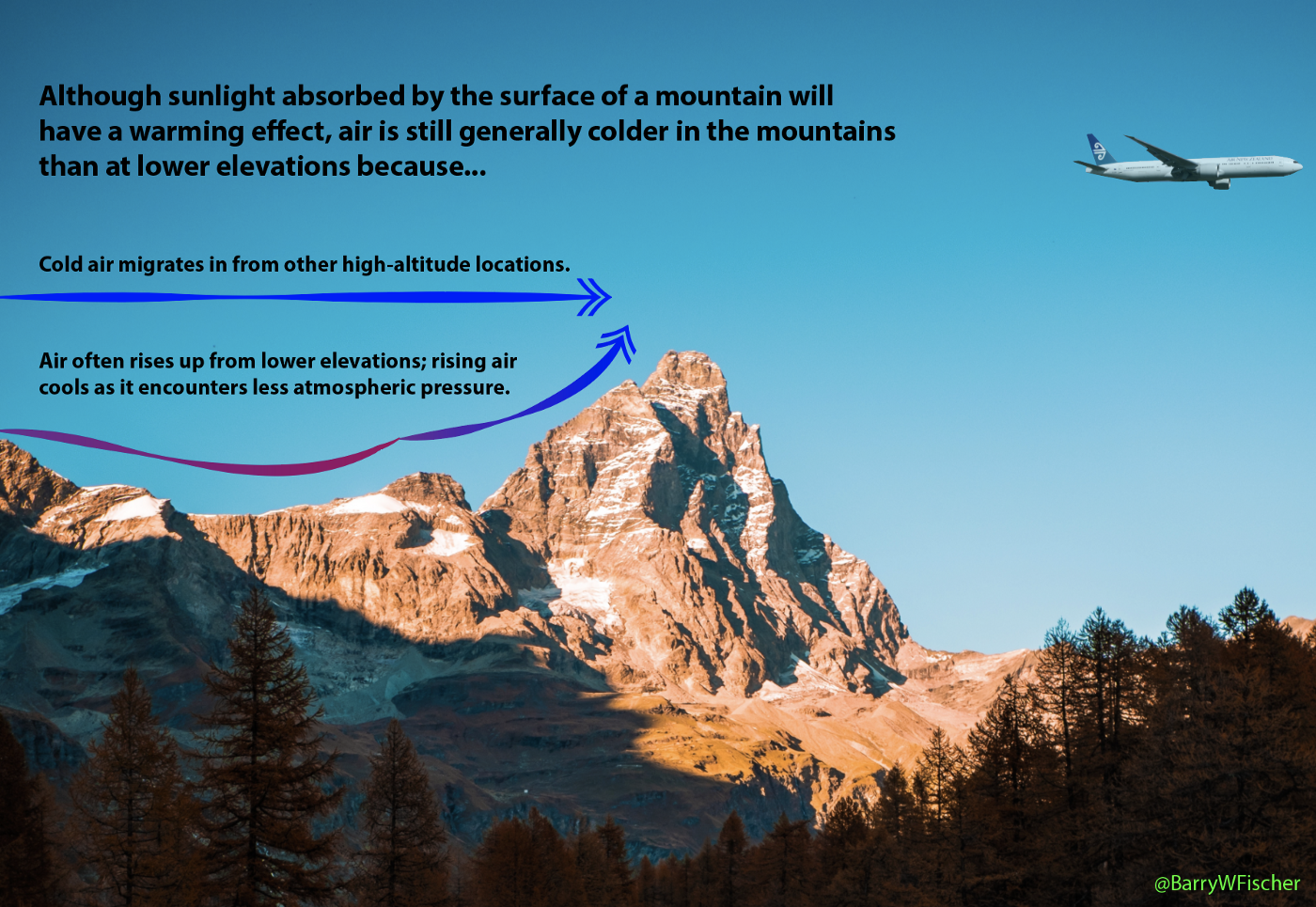 For one thing, much of the sun’s heat comes from striking Earth and being radiated and reflected backup. On a mountain peak, you don’t get much of either of those things.

Also, as air moves upward, it expends more energy and becomes cooler in the process. Additionally, you have to consider that the higher you climb, the thinner the air, and thinner air holds less heat. And let’s not forget the fact that the insulating, low-lying clouds that trap heat close to the ground are now going to be below you instead of above you.

Finally, the angle of the sun also plays a role in cooling mountains. Sunshine coming at an angle spreads its energy over a greater surface area. A mountainside has a slanted surface area, spreading its solar energy over a larger area.

Add the additional cooling properties of the residual snow and ice at the mountaintop, and you have a pretty chilly result.