Why Is There a Simultaneous High Tide On Both Sides of the Earth and What Causes the Tide Generating Force?

In considering the origin of tides we must disregard the Earth’s daily rotation around its axis and concentrate only on the revolution of the Earth-Moon system.

Therefore, at every point there is a centrifugal force of the same magnitude and in the same direction: away from the moon, parallel to the line joining the Earth-Moon centers. 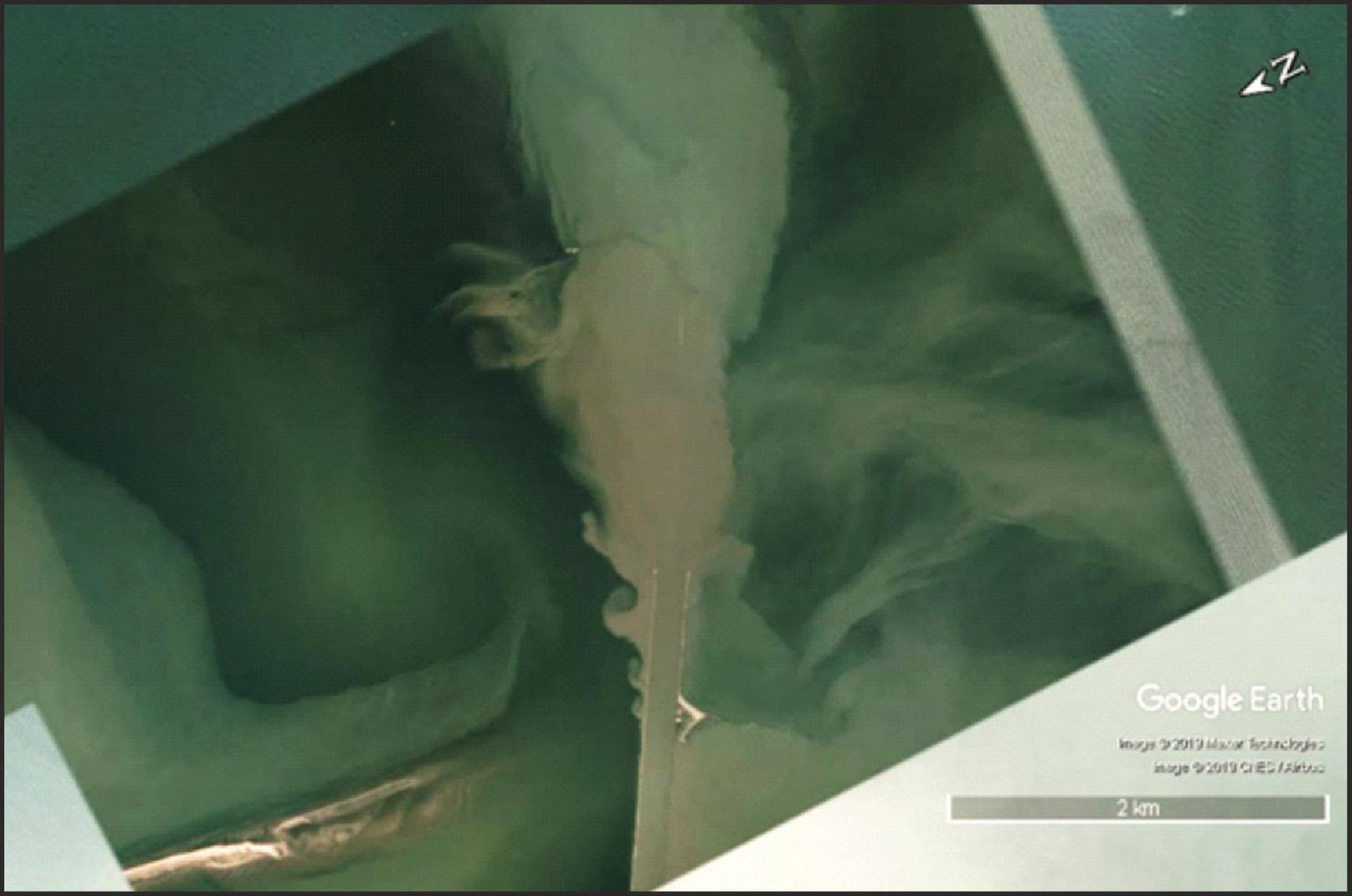 This centrifugal force is distinct from the one caused by the Earth’s rotation, which we are disregarding.

Every point of the Earth also experiences a gravitational force as it is pulled towards the moon, the direction of this force being different for different points of the Earth.

The resultant of these two forces creates the tide-generating force. If we now consider two points on the Earth’s surface, one directly below the moon and the other on the far side, it turns out that the moon’s gravitational force at the near point is greater than the centrifugal force which, as we have seen, is away from the moon.

In most popular accounts, the simultaneous occurrence of tides at the two opposite points is explained by asserting that while the moon pulls the water at the near point some distance, it pulls the Earth’s body a little less.

But this explanation does not clarify why a system like that will not simply collapse under the mutual gravitational attraction between the Earth and the moon.

Over most of the Earth’s surface, though, this cancellation is not precise, because you’re either nearer to, or farther away from, the moon, but still forced to orbit at the same rate as the Earth’s centre of mass.

For the ocean on the side of the Earth facing the moon, lunar gravity dominates centrifugal force, so water bulges towards the moon.

On the opposite side, centrifugal force dominates, so water bulges away from the moon. Both bulges produce high tides.

In effect, sea level, which would otherwise be spherical, is stretched along the Earth-Moon axis into an ellipsoid, and as any point on the Earth rotates into and out of either bulge, the local tides flow, then ebb.

The simultaneous high tides on opposite sides of the Earth are a result of an imbalance between gravitational forces and centrifugal forces. Tides are caused by the gravitational interaction of Earth and moon, and to a lesser extent the Earth-Sun interaction.

Although we think of the moon as orbiting the Earth, in fact the moon and the Earth both orbit their common centre of mass, which is close to, but not exactly at, the centre of the Earth. The centrifugal forces generated by the orbital motions of each body just balance the gravitational pull of the other body.

However, the balance is only exact at the centre of each body. On the side of the Earth nearest the moon, the moon’s gravitational pull is slightly greater and the centrifugal force slightly less than at the Earth’s centre, so water here is pulled out towards the moon.

On the opposite side of the Earth, the gravitational pull is slightly less and the centrifugal force slightly greater, so here water is thrown outwards away from the moon.