How are miniature replicas of the Statue of Liberty made so perfectly?

It isn’t easy to shrink the Statue of Liberty so that it fits into the hand of a tourist from Cedar Rapids, Iowa, or to make thousands of copies of a famous bust of Abraham Lincoln, each with the same wise, somber expression.

The entire process calls for specialized teams of sculptors, working from the original of a statue or sculpture, photographs of the original, and an ingenious machine that looks as if Rube Goldberg invented it.

To make its copy of the Statue of Liberty, the Evelyn Hill Company, operators of a concession on Liberty Island that sells miniature replicas, collected as many photographs as it could of the statue, some of them taken from ground level, some from helicopters. 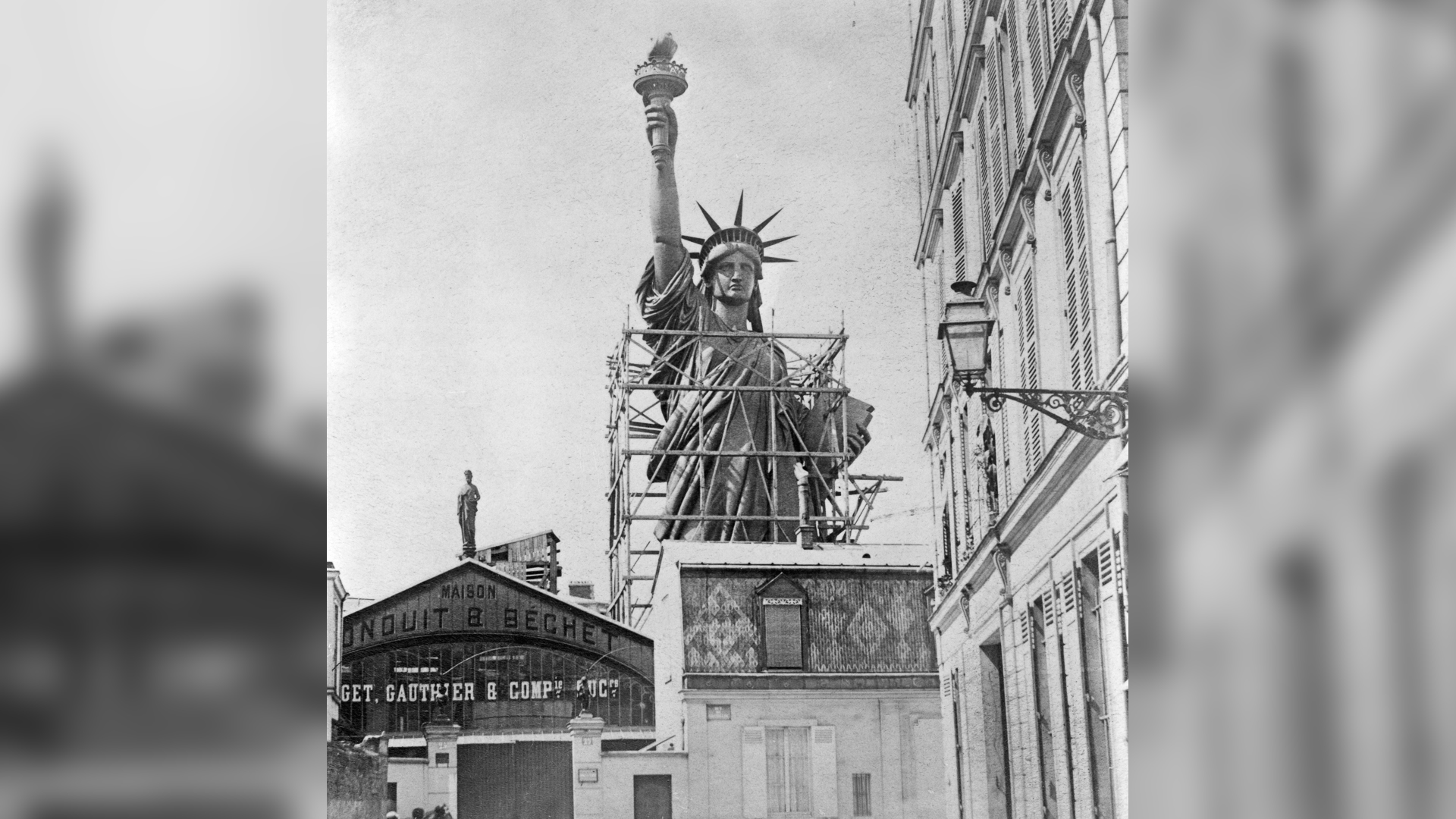 The company turned the pictures over to a prototype sculptor, who specializes in transforming shapes in pictures into three dimensional objects. A prototype sculptor, using his trained eye and instinct, puts together a model made of plastic modeling clay or wax. He makes it whatever size he feels comfortable with; making a replica bigger or smaller is a separate process. He concerns himself for the moment only with getting the shape right in every detail.

To make it right does not always mean to give the replica the exact same proportions as the original; it depends on what the client wants. “If you look closely at the original statue, she’s quite heavy in the bust, and also the rear. We had the sculptor take her down a little, to make it look nice,” says John Silvers of Evelyn Hill.

Once the prototype sculptor has finished his model, he gives it to sculptors at the foundry where the replicas will be cast; they copy the model, in the exact size the manufacturer specifies, with the aid of a contraption called a three dimensional pantograph.

A pantograph is a movable horizontal bar with two swiveling pointers mounted on it. The pointers are linked by a second bar so that they always move in tandem, every twitch of one pointer is matched by a parallel twitch of the other.

While tracing the contours of a model with one pointer, a sculptor can shape his clay replica using the other pointer, which performs the identical motions, as a guide. The apparatus is mounted on a perpendicular stand on which it can swing and turn. The two pointers project from the bar along one side of the stand, which acts as a fulcrum point, and a counterweight is suspended from the other end. The pointer farther from the fulcrum point makes larger sweeps than the near one, which describes the same shapes but on a smaller scale.

Thus the foundry sculptors can make a “reduced” copy by tracing along the original with the far pointer, while shaping the clay replica to follow the motions of the near pointer. The prototype and copy sit on turntables, to allow the pointers to reach every part. These turntables are connected by a gearing system like a bicycle’s, so that they always rotate the same number of degrees.

Dave Kaye, who sculpted the prototype of Miss Liberty for Evelyn Hill, made his piece 4 feet tall. The foundry sculptors then had to “shrink” his model to the size of the replicas to be sold in the concession (6 inches, 14 inches, and 2 feet), in order to make the molds.

To make a 2 foot replica, the 4 foot prototype was placed on the turntable near the far pointer; a mass of clay to form the 2 foot replica was placed on the turntable adjacent to the near pointer, exactly half as far from the fulcrum as the farther one, since the replica was to be half the size of the prototype. In addition, the near pointer was half the length of the far one, and the near turntable was half the circumference of the far table.

When a reduced replica is complete, the original prototype artist comes in to put on the finishing touches before the foundrymen make a brass mold from it, and the casting of metal alloy miniatures can begin.