How did James Joyce support himself while writing Ulysses?

James Joyce began writing Ulysses in March 1914 at the age of 32.

At that time he lived in Trieste with his wife, Nora Barnacle Joyce, and their two children in a flat furnished only with replicas of antique Danish chairs, perhaps emblematic of his love of Ibsen.

His scant income was derived from two sources: he taught English in a public high school in the mornings, where he was noted for his tardiness as well as his eccentricity, then continued with English lessons on a private basis in the afternoon, in which he concocted elaborate stories to illustrate grammatical points. 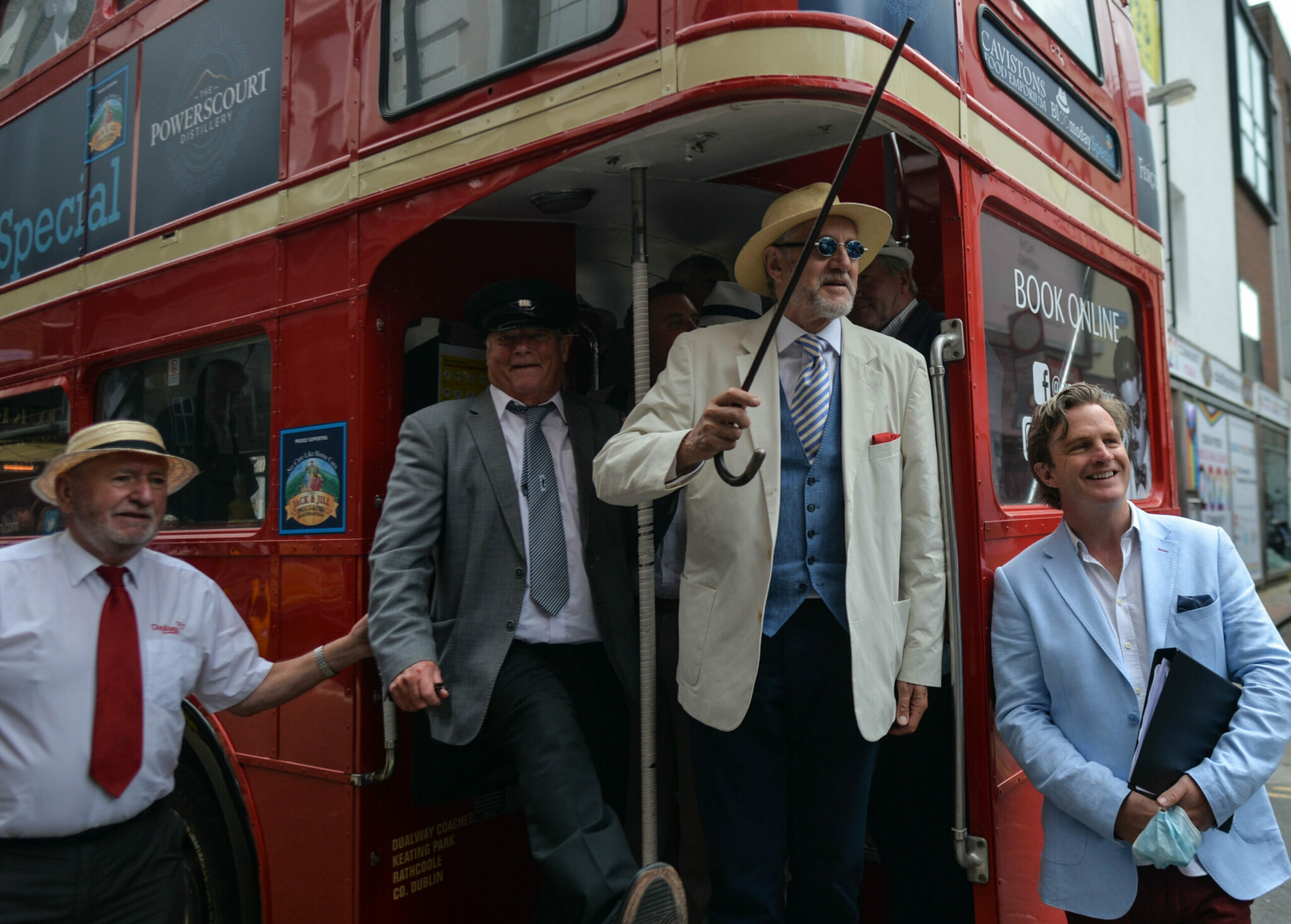 Among his students were Emma Cuzzi, sister of a prominent lawyer, and two of her friends, all age 14. Joyce would wrap up these lessons at the Cuzzi house by sliding down the banister, followed by his students, until Signora Cuzzi caught sight of them and ended the fun, and the lessons.

The outbreak of war interfered with Joyce’s lessons and the public high school closed in the spring of 1915. Joyce’s financial situation, which had always been precarious, became critical.

He had no savings and still received no royalties for his literary works, on the contrary, eight years of litigation that preceded publication of Dubliners had set him back considerably. Since completion of his studies in 1902, Joyce had undertaken and quickly abandoned a career in medicine, written poems and “epiphanies” in Paris, returned to Dublin at the time of his mother’s fatal illness, and left with 20-year-old Nora Barnacle for Zurich, where employment in the Berlitz School had been assured him by an agency in Ireland.

When none was to be had, he headed for Italy—Trieste, Pola, then Rome, where he quickly found that corresponding for a bank was not his life’s ambition. In 1907 he returned to Trieste, suffered rheumatic fever, and wrote “The Dead.” Joyce traveled to Ireland in 1909 and 1913 to open the first regular cinema in Dublin and to battle for publication of Dubliners, returning to Italy with various of his sisters to relieve the poverty at his father’s house.

While Joyce lived quietly and inconspicuously in Trieste, bored with his teaching and scarcely able to pay the rent, his work came (via William Butler Yeats) to the attention of a very influential literary figure: Ezra Pound.

This energetic poet and outspoken herald of the avant-garde in the arts lived in London and was closely connected with two English reviews, The Egoist and The Cerebralist, as well as H. L. Mencken’s Smart Set and Harriet Monroe’s Poetry in America. Pound introduced Joyce’s work to The Egoist’s editor, Dora Marsden, and her successor, Harriet Shaw Weaver, a shy feminist who became a champion of the brilliant Irishman and later a benefactress. Her and Pound’s efforts to spread Joyce’s fame in London and elsewhere were a boon to his spirits and financial situation.

Compelled to leave Triests in June 1915, the Joyce family made a hazardous journey through Austria and found asylum in Switzerland. In Zurich Joyce obtained some more language students and Nora’s uncle gave them £25 on which to get started.

Yeats and Pound then conspired to obtain a grant for Joyce from the Royal Literary Fund, enlisting the support of one of its members, Edmund Gosse. Pound’s bold comparison of Joyce to Stendhal and Flaubert and Yeats’s “conviction that (Joyce) is the most remarkable new talent in Ireland today” were not taken lightly, and a grant of £75 was soon on its way to the impoverished writer. He received, too, £2 a week for 25 weeks from the Society of Authors, and a year later a Civil List grant of £100 awarded by the Prime Minister as a result of patient and persistent efforts by Yeats and Pound.

Joyce’s biographer, Richard Ellmann, comments that Joyce’s years in Zurich were “marked by a great exfoliation of (his) creative powers. His talent grew in confidence and extravagance, dazzling and sometimes even disquieting to his friends.”

It was here he wrote most of Ulysses and established himself in the foreground of contemporary literature. Miss Weaver was an ardent believer in his genius and in February 1917 began to send him money anonymously, later followed by stocks that would afford a permanent income. This was augmented by the generous stipend of Edith Rockefeller McCormick, American patron of the arts, who was then living in Zurich and aided Joyce from the spring of 1918 through September 1919.

In mid-October, the war at an end, Joyce and his family returned to Trieste, where he resumed teaching at the commercial high school. The city was battered by war and the Joyce family’s financial situation abruptly became critical once again. In 1920 Joyce resolved to travel north. He wrote Pound:
I am in need of a long holiday (by this I don’t mean abandonment of Ulysses but quiet in which to finish it) away from here. I live in a flat with eleven other people and have had great difficulty in securing time and peace enough to write those two chapters. The second reason is: clothes. I have none and can’t buy any. The other members of the family are still provided with decent clothes bought in Switzerland. I wear my son’s boots (which are two sizes too large) and his castoff suit which is too narrow in the shoulders, other articles belong or belonged to my brother and to my brother-in-law. I shall not be able to buy anything here. I can just live with what I have but no more. Since I came here I suppose I have not exchanged 100 words with anybody. I spend the greater part of my time sprawled across two beds surrounded by mountains of notes. I could find lessons here (most people expected it of me) but I will not. I have a position in that school which the government has now raised to the rank of a university. My pay is about 3$ an hour for 6 hours a week. This I shall resign as it wastes my time and my nerves.

Pound caught up with Joyce in Italy and persuaded him that Paris was the place to launch his voluminous and unconventional novel. In July 1920 the Joyces arrived in Paris, having left Italy for the last time.

Joyce already had many admirers in Paris, one of whom lent him a flat free of charge for four months; another supplied a bed and table, and a third gave him a warm coat. Joyce set about finishing Ulysses and finding a publisher. Those whom he contacted in England and America were reluctant. In April 1921 Sylvia Beach, owner of the renowned Shakespeare and Company, which still stands on the rue de l’Odeon in Paris, offered to publish the novel under the imprint of her shop.

When Joyce readily agreed, not without dire warnings that no one would buy the book, Beach launched a heroic campaign on his behalf, aided by Adrienne Monnier, who owned a bookstore opposite her own. The two obtained support from everyone who came their way. Foremost among them was the writer and critic Valery Larbaud, who announced, “I am raving mad over Ulysses,” lent Joyce his apartment free of charge, and gave a public lecture about the novel two months before publication. Miss Beach planned to publish 1,000 copies and strove to obtain nearly as many advance subscriptions. Joyce would receive a generous 66 percent of the net proceeds (as compared with the average 10-15 percent most writers are rewarded with today).

Harriet Weaver took up the cause in England, sending Miss Beach a copious list of all bookstore owners and individuals who had expressed interest in the novel. She also sent Joyce £200 as an advance against royalties from the English edition. This, added to $150 a month supplied by American short-story writer Robert McAlmon (who blithely dipped into the vast wealth of his father-in-law, Sir John Ellerman), was sufficient to tide Joyce over, and allow him to go out drinking now and then at the Gipsy Bar with Wyndham Lewis or occasionally Valery Larbaud.

Throughout the summer and fall of 1921 Joyce worked on completing “Ithaca” and “Penelope” while the galleys of earlier chapters began to arrive. He demanded five sets of the galleys and made enough changes—usually additions—to totally exasperate the most patient printer. Maurice Darantiere in Dijon nevertheless persevered, and a weary. Sylvia Beach faithfully acted on the stream of telegrams and letters with additional changes that poured in right up until publication.

The conductor of the Dijon express that arrived in Paris at 7 A.M. on February 2 was entrusted with the first two copies of Ulysses. One went to Sylvia Beach, the other to Joyce. It was his 40th birthday and, as he put it, “the expiration of my seven years’ sentence.” He appeared sad and tired rather than jubilant.

In constant agitation he wrote to reviewers and friends to bring the book recognition. His life was still a shambles, with no permanent home. Nora was exasperated, and nearly half a year would pass before she even consented to read Ulysses.