How Did Johannes Kepler Improve on Nicolaus Copernicus’s Theory of a Heliocentric Model of the Universe?

The problem for Copernicus was that even though the circle was accepted as the shape of celestial orbits, careful measurements did not support it.

Copernicus was never able to solve the problem, but Kepler had some extra information to work with.

In the 60 years since Copernicus’s death, astronomers had continued to study the planets’ movements carefully. Kepler used these records to try to determine the shape of the planets’ orbits. 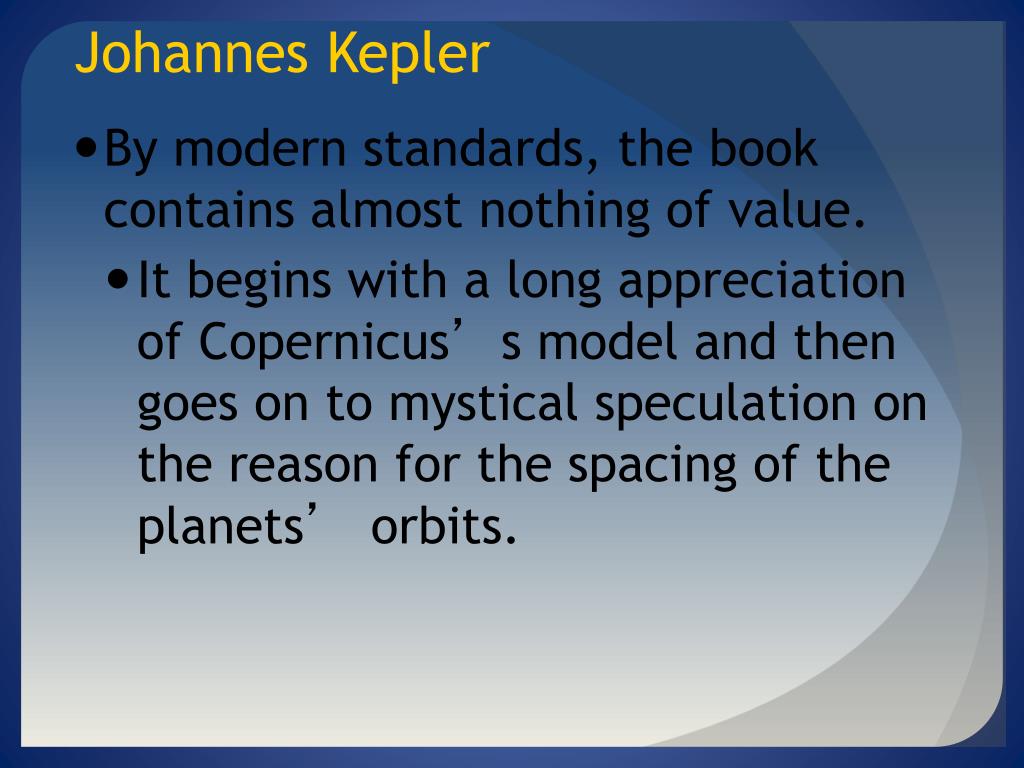 The task was more difficult than it sounded. He had to determine the path of a planet, Kepler chose Mars, that was moving at an unknown speed in an orbit of unknown shape, and the measurements had to be taken from another planet, Earth, with the same unknowns.

After six years of observations and calculations, he still had no answer. He decided to work in reverse, instead of trying to make the numbers fit into a shape, he would see what shape the numbers made. It worked.

Kepler finally determined that the orbit’s shape was an ellipse. An ellipse is oval-shaped, like a circle with two opposite sides flattened.

This shape also made Kepler realize that some force must be at work to make the planets move in this way.

The ellipse showed that planets are sometimes closer to the Sun than at other times. His observations also showed that the planets move more quickly when they are nearer the Sun.

Kepler guessed that this force comes from the Sun, and he saw the same force at work in the Moon’s orbit of Earth. Kepler had set the stage for the discovery of gravity.

Another reason Copernicus was reluctant to publish his work was that he knew his calculations were off slightly but he did not know why.

The problem was that he did not realize that the planets’ orbits were elliptical rather than circular.