The original was a piece of ground outside Jerusalem bought by the chief priests with the thirty pieces of silver which, according to Matthew 27:7, had been given to Judas for the betrayal of Jesus and which he later returned.

The field was then set aside for the burial of strangers and the poor.

The supposition is that the clay used by potters had formerly been obtained in this field. 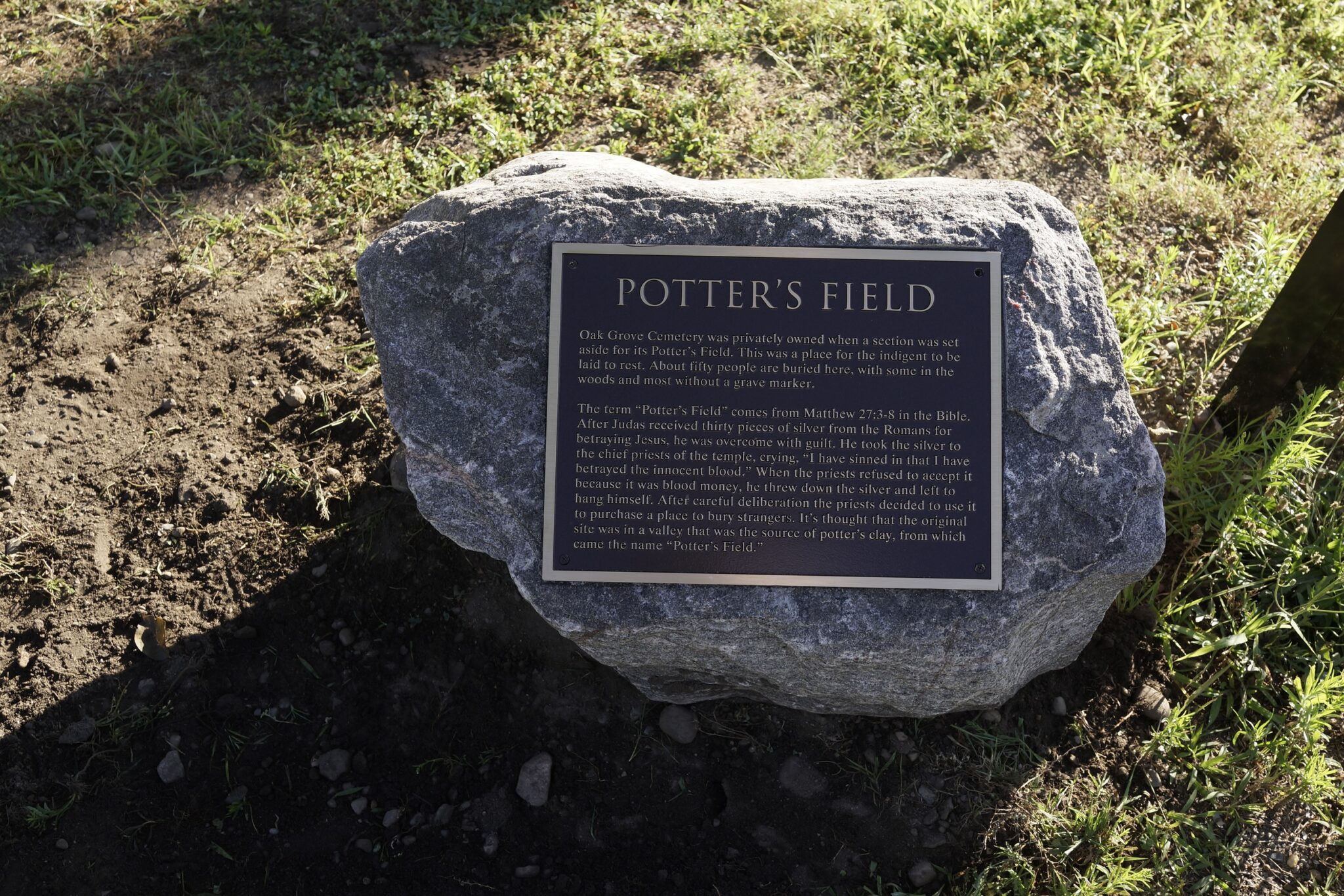