“In Adam’s fall We sinned all,” ran the first stanza of the seventeenth-century New England Primer.

His “fall” has since been marked on all mortals, by superstitious belief, by a projection on the fore part of the neck representing, ’tis said, a piece of the forbidden fruit of the Garden of Eden that stuck in Adam’s throat as he ate it.

Eve did the tempting and ate first, but the projection is much larger in men than in women, often quite conspicuous in the adolescent male. 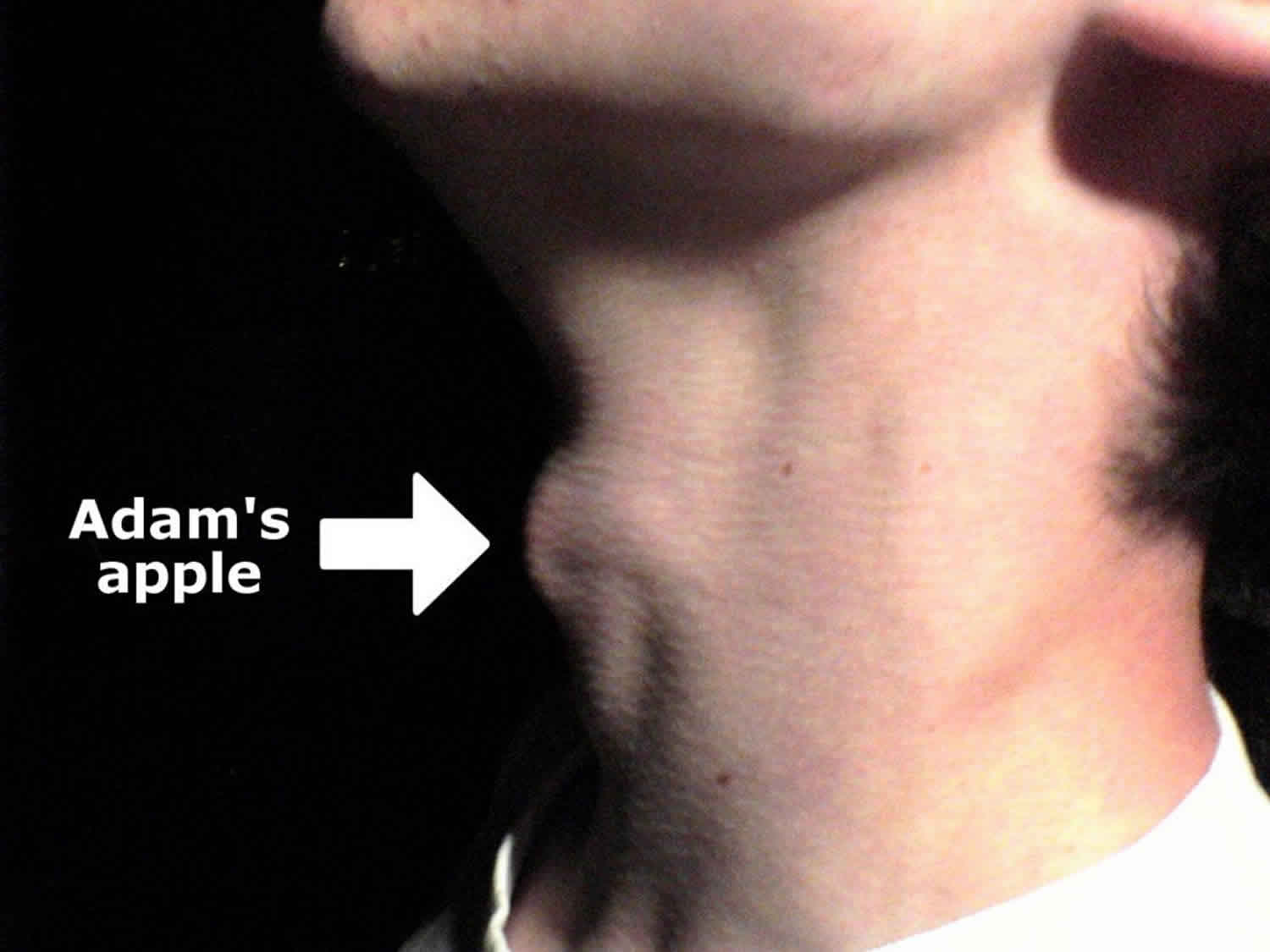