How did the Pilgrims learn how to grow corn when they first settled in North America?

Corn holds a vital spot in the birth of our country as the staple on which the first Pilgrims survived.

With no farm animals and little aptitude for tracking game, the Pilgrims might all have starved (as it was, many of them did) had it not been for corn. Yet before landing on these wild shores, they had never seen it.

Slowly developed from a wild grass of southern Mexico, corn was brought north by various waves of pre-Columbians. The Native Americans could produce hundreds of bushels of food per acre, far more than the produce of European fields, and with no wasted sweat and toil, no compulsion for rigidly neat rows, barren of weeds. 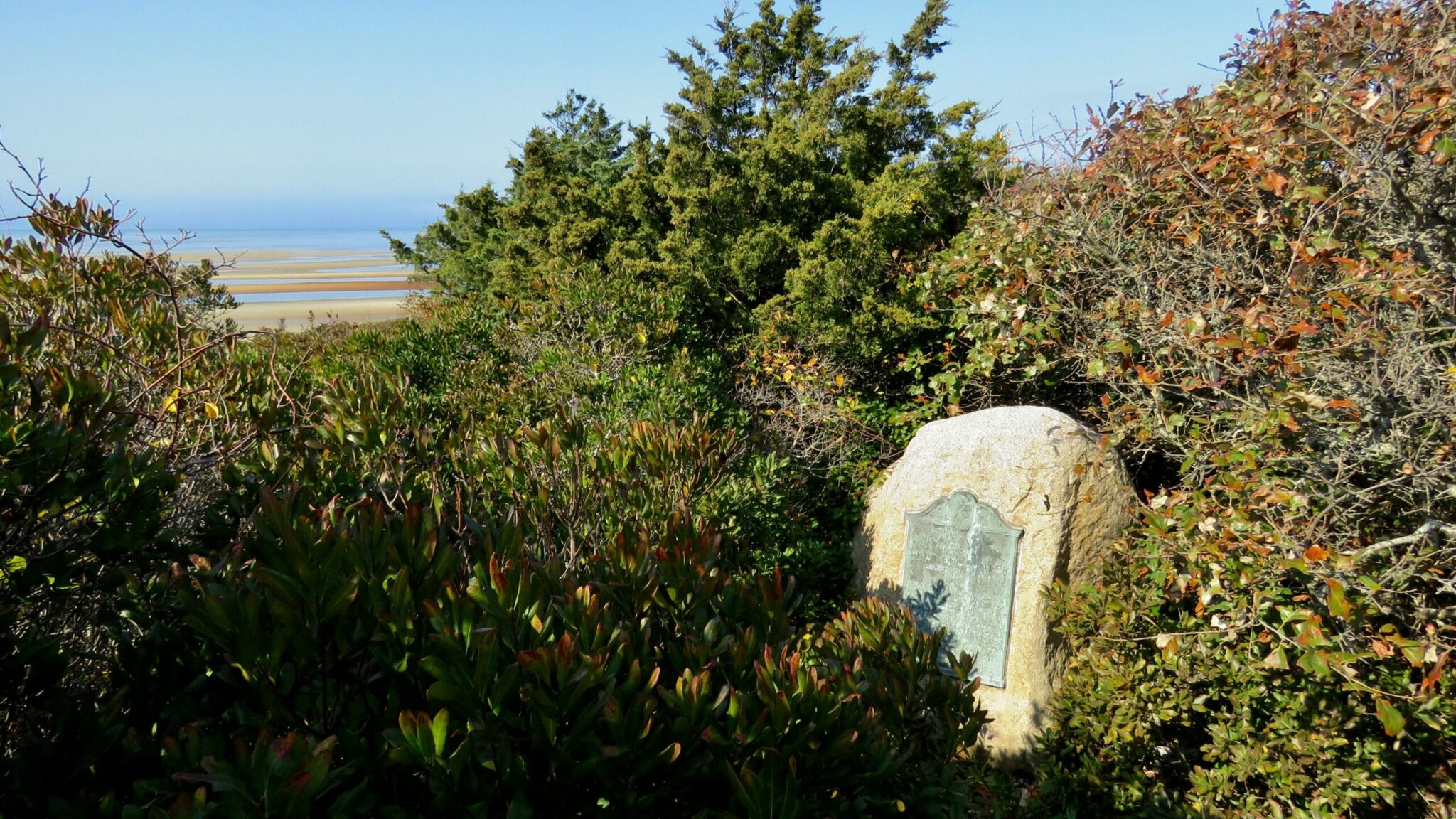 Rather than struggle to fell massive trees, for instance, the Indians simply cut away a strip of bark all around unwanted trees, causing their leaves to die, thereby clearing the canopy for sunlight to reach the crops. The Indians did not break their backs with arduous plowing, but scratched a line in the earth with a pointed stick and sowed the kernels of last year’s crop. More ingenious than the scarecrow was the whistle hung on a nearby tree, which sounded as the wind blew through it, alarming birds and mice that raided the seeds and young plants.

All this the Pilgrims learned from the Native Americans. “Plant the kernels of corn,” they instructed, “when the oak trees’ leaves are as big as mice ears.” They sowed four seeds close together in a hillock, about a yard apart, and in the middle they placed a small fish, which decomposed and fertilized the crops.

After the planting, the family dog apparently had to hobble around for a month on three legs—one paw was tied up near its neck to prevent its digging up and making off with the fish.

Not only did the Pilgrims make porridge, corn pone, ashcake, hoecake, and succotash (corn and kidney beans and occasionally dog meat) from corn, but even a kind of milk on which many infants were raised.

This milk consisted of corn and the juices of boiled hickory nuts and chestnuts. The Pilgrims also learned to make hominy, first removing the outer layer of the kernel by soaking the corn in a wood lye substance, then crushing it in a hulling machine.

Most of this corn was soft flour corn, with large white kernels, or what we now call cow corn. Not until 1779 did the settlers come across sweet corn growing along the Susquehanna River in western New York. Now warring against the people who had helped them, the colonists carried some seeds from the Iroquois’s crop back east, but it wasn’t grown in any quantity until the mid-19th century.

The Peruvian Indians grew sweet corn in prehistoric times, according to James Trager, and it was also enjoyed by the Hidatsa, Iroquois, Mandan, Omaha, Pawnee, and Ponca tribes of North America.