How and why did Japanese Emperor Hirohito renounce his divinity after World War II?

On Near Year’s Day, 1946, the Emperor of Japan addressed his people, now battered by war, shamed by defeat, and fearful for the position of their divine leader: “We stand by the people and we wish always to share with them in their moments of joy and sorrow.

The ties between us and our people have always stood upon mutual trust and affection. They do not depend upon mere legends and myths. They are not predicated on the false conception that the Emperor is divine and that the Japanese people are superior to other races, and fated to rule the world.”

This was music to the ears of General Douglas MacArthur, the Allied chief in the Pacific. As Supreme Commander Allied Powers (SCAP), with his office directly controlling the Japanese government after World War II, MacArthur could have ordered Hirohito’s issuance of the above imperial rescript, but he asserts in his Reminiscences that it occurred “without any suggestion or discussion with me.” 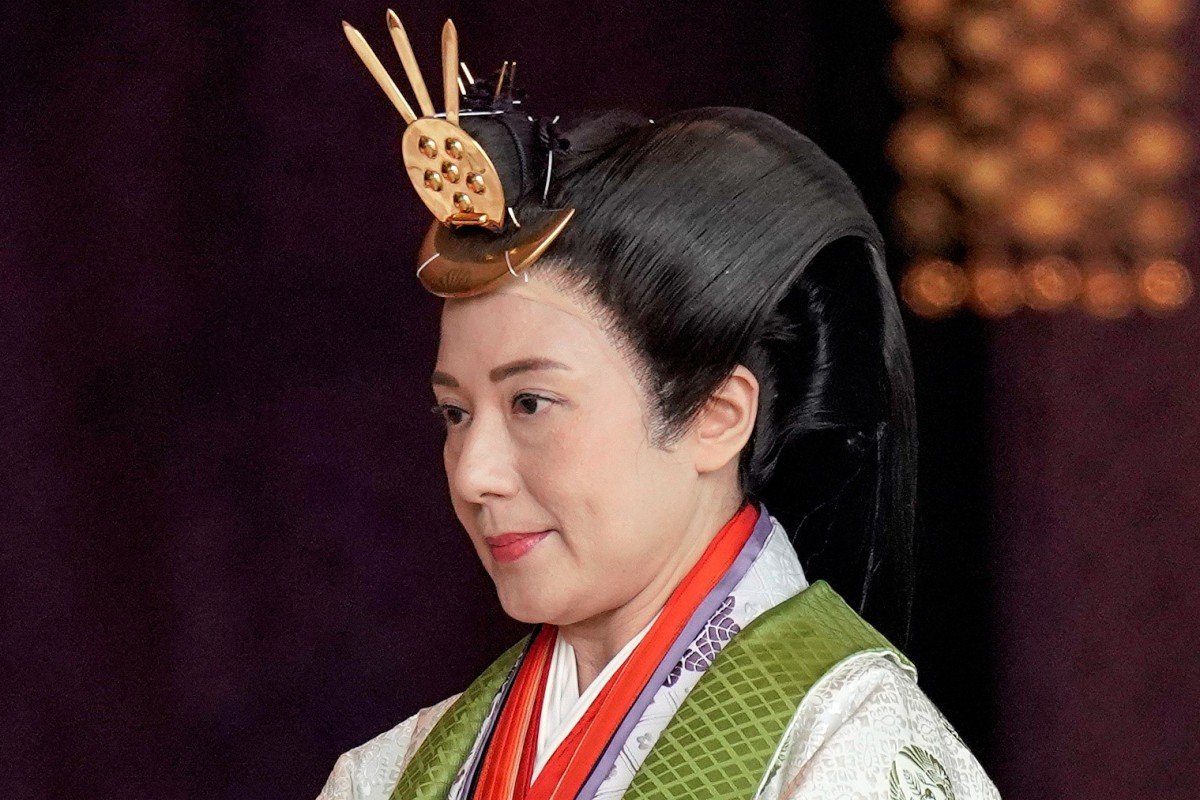 Reports from imperial circles say otherwise, that an explicit order was delivered recalling the Emperor even as he addressed his ancestors at the imperial mausoleums at Uneba and Momoyama. Whether or not there was a direct order from MacArthur, certainly there was pressure, both internal and external, on Hirohito, who proceeded to act in the interests of peace.

Two significant factors, however, completely eluded those in Washington, led by former Secretary of State Cordell Hull, who clamored for punishment of the supreme scapegoat and de-mythification of the imperial notion.

For one, Hirohito at the age of 14 had himself expressed doubts about his divinity, gently suggesting to his teachers what was anathema to the very life and sustenance of the country: that the legendary descent of the imperial line from god was biologically impossible. “I have never considered myself a god,” he claimed in 1946. “Nor have I ever attempted to arrogate to myself the powers of a divine being.” This was hardly the Emperor whom the West perceived, the Emperor who induced unflinching courage and binding loyalty, the divine being who, the Japanese military led us to believe, had encouraged the kamikaze pilots and fostered the belief that no greater happiness existed than to die in his service.

The steadfast reverence of the Japanese for their supreme leader was the other factor that westerners simply could not fathom. Some American authorities imagined (rather superficially) that once Hirohito, the man, with all his nervousness and human foibles, walked among the people they would see the truth, a Santa Claus out of costume, the end of a myth. This was not to be. Although some confusion and upheaval was inevitable, to this day a large percentage of the Japanese population tenaciously adheres to the tradition, honoring the Emperor as a divine being and peerless aristocrat.

The missing link between the Emperor’s own apostasy and the faith upheld by the Japanese was the military, who intermittently from the 1920s campaigned to aggrandize his powers, to turn the Emperor into a shadowy symbol, remote, revered, inaccessible.

The military could then glean the rewards of this loyalty as well as the power to speak directly where the Emperor, a puppet however divine, could not. The very idea of a divine leader in fact originated with the powers behind the throne who, with the abolition of the shogunate in 1868 and of the feudal estates, saw the need for a substitute authority and object of veneration to lead the people. They established a political and spiritual sovereign who, according to the Constitution of 1889, was “sacred and inviolable.” All schoolchildren were taught that Japan “shall be reigned over and governed by a line of Emperors unbroken froM ages eternal.” They construed as fact the fantastical ancient legend (whose obscenities were deleted for the schools) of the imperial origin.

As the story goes, the god Izanagi and goddess Izanami were sitting up in the clouds in the dim, distant past. Some droplets of water gathered on the god’s spear and fell to earth, where they congealed, forming an island. Izanagi and Izanami went down to explore the island, embraced, and gave birth to a on and a number of islands. These, of course, were Japan, the rest of the world being formed only later from flotsam and jetsam.

Eventually, Izanami died giving birth to fire, but Izanagi heroically gave birth himself to three divinities: Amaterasu, the sun goddess, from his left eye; Tsuki-no-kami, the moon god, from his right eye; and Susa-no-o, god of the sword, from his nostril. This last was a rapacious god with a lusty appetite who violated even his sister, the sun goddess. Amaterasu in shame retreated to a dungeon, leaving the world in darkness until some warriors craftily aroused her jealousy with the pretense of another woman. Who was she? The warriors presented a mirror to Amaterasu, who unwittingly reappeared to challenge her beautiful rival. She gave birth to a son and ultimately her descendants came to earth to rule. The legendary first Emperor of Japan (600 B.C.) was—although his mother was a crocodile—the great-great-great-great-grandson of Amaterasu.

Thus, thousands of years later, the Emperor was still to be honored and obeyed. In Hirohito’s time, every Japanese learned the Imperial Rescript on Education by heart, and bowed low when passing the Imperial Palace. When the Emperor appeared in public all heads were bowed and windows shuttered lest anyone glimpse his divine being.

According to Leonard Mosley, Hirohito came to resent the militarists who manipulated him and the fanatical field-grade officers who filled the people’s heads with notions of ruling the world. In 1944 the Office of Strategic Services published a document that described the use of the Emperor’s name as a “deliberate policy” to “reassure the people of the sacred nature of the war, and that the Emperor’s divine destiny will assure victory.” Furthermore, “the increasing use of the Emperor’s name tends to make him share with the military the responsibility for the war.”

No wonder that the Japanese, on the one hand, persisted in their faith and the Americans, on the other, saw the need to denounce it.

Thus when an Imperial Conference decided to accede to the Potsdam Proclamation of the Allies to end the war, their acceptance carried a provision that the declaration “not comprise any demand which prejudices the prerogatives of His Majesty as a Sovereign Ruler.” The camp was split in Washington between those who opposed the monarchy and those who felt that insistence on dissolving it would inspire fanatical resistance and prolong the war.

Finally, President Truman issued the Allied reply, stating that “the authority of the Emperor shall be subject to the Supreme Commander of the Allied Powers.” This indeed upset the Cabinet, which feared for the national polity, and the Army and Navy Chiefs of Staff, who still wanted to fight to the end. Hirohito, resolute in his decision for peace, was forced to hold another Imperial Conference, where he repeated his acceptance of the terms. On August 15, 1945, the Japanese heard for the first time the voice of their Emperor, speaking haltingly over the radio to announce the end of war.

Thereafter the SCAP administration was established and slow, indirect pressure brought to bear on Hirohito. Most of his property was taken, his ministers tried as war criminals, his country shaken by riots. Just as MacArthur wished, Hirohito eventually came to him: “to offer myself,” said Hirohito with dignity, “to the judgement of the powers you represent as the one to bear sole responsibility for every political and military decision made and action taken by my people in the conduct of the war.”

It was just over three months later that Hirohito publicly renounced his divinity, and MacArthur was pleased.