How Did the Wolverine Get Its Name and Where Do Wolverines Come From?

The wolverine, also known as glutton, carcajou, skunk bear, or its scientific name Gulo gulo, is the largest species of the weasel family.

It is a stocky and muscular carnivore, and looks more like a small bear than other mustelids.

Wolverines are aggressive, badger-like animals that can kill prey many times their size, and can be found throughout North America and North Asia. 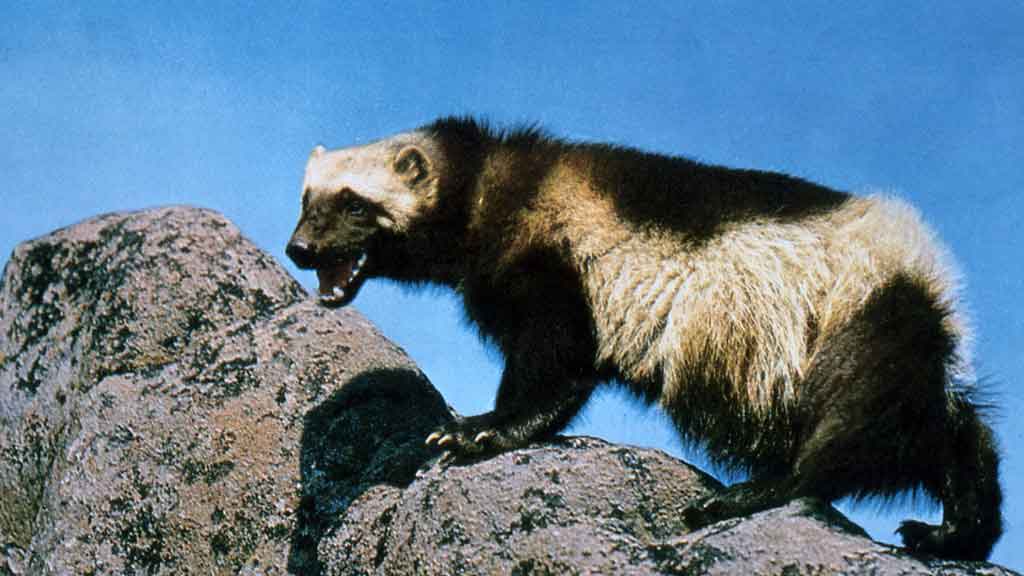 The English word wolverine can be implied as “a little wolf”, and the Finnish name comes from “ahmatti”, which is translated as “glutton”.

The wolverine hunts animals as large as caribou by jumping on their backs while biting and slashing until they fall.

Not a very admirable animal, so you have to wonder why Michigan would choose to call itself the Wolverine State.

Historians tell us it’s called the Wolverine State because of the fur trade.

Michigan was a big fur-trading area by virtue of its location on the border of Canada and the Great Lakes.

Canadians arrived bearing wolverine furs, which were then shipped to Europe.

Since the return address read “Michigan,” the outside world began associating the area with the animal.

But, hey, while you’re at it, you might want to ask why Wisconsin is called the Badger State.