How Do Animal Trainers Teach a Bear How To Ride a Bicycle or Tricycle?

Bear cubs and humans cubs are built in kind of the same way: they’re sturdy, fairly well balanced, and capable of walking upright. 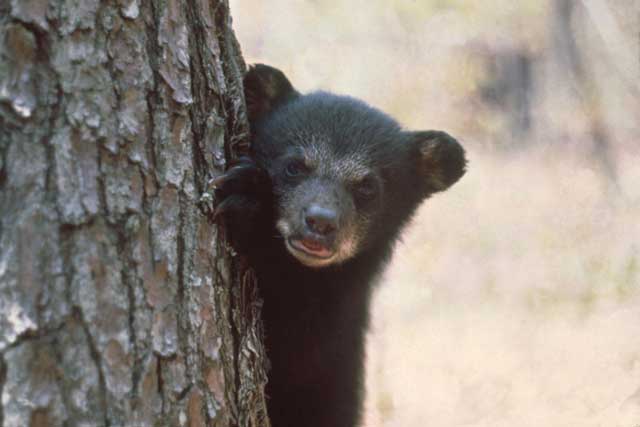 In addition, they both put their heels down first when they walk.

So for trainers at the Ringling Brothers and Barnum & Bailey Circus, where bears have been performing since the turn of the century, teaching a cub to ride a bike is almost like taking a kid out with his first two-wheeler.

The bear is given a small bicycle with training wheels and a custom seat to fit its bearish behind.

Stirrups hold its rear paws on the pedals; the bear leans forward with its front paws on the handlebars. The trainer pushes or gently pulls the bike to familiarize the bear with the pedals turning.

Once the bear can pedal pretty well itself, the training wheels are lifted. The bear’s first solo run with no side wheels is bound to include a few spills, but it has thick fur and decent balance, so it gets few bumps and practically no scraped knees.

A bear cub can be frustrating during these training sessions because it’s so playful at this age and its attention span is short; it doesn’t always feel quite like staying on the seat. But the cub can be coaxed into compliance with food and praise.

Trainers say that bicycling isn’t as foreign to bears as people may think If the cub trusts its trainer and if it gets lots of positive reinforcement (i.e., more food and praise), then its riding a bicycle is no different from a dog darting after a Frisbee.

Bears also can learn to juggle, jump rope, bounce on a trampoline, walk a tightwire and ride a motorcycle.