A simple combination of motion and magnetism underlies the creation of electricity by turbine generators.

In the mid nineteenth century scientists found that an electric conductor passed near a magnet and through its magnetic field picks up an electric current.

In generators today, the magnet is a huge electromagnet bolted to the shaft of a turbine. As the turbine rotates, the electromagnet and its magnetic field also spin, sending an electrical current into several miles of copper wire wound inside a shell surrounding the magnetic field. The current is then conducted from the wires by cables. 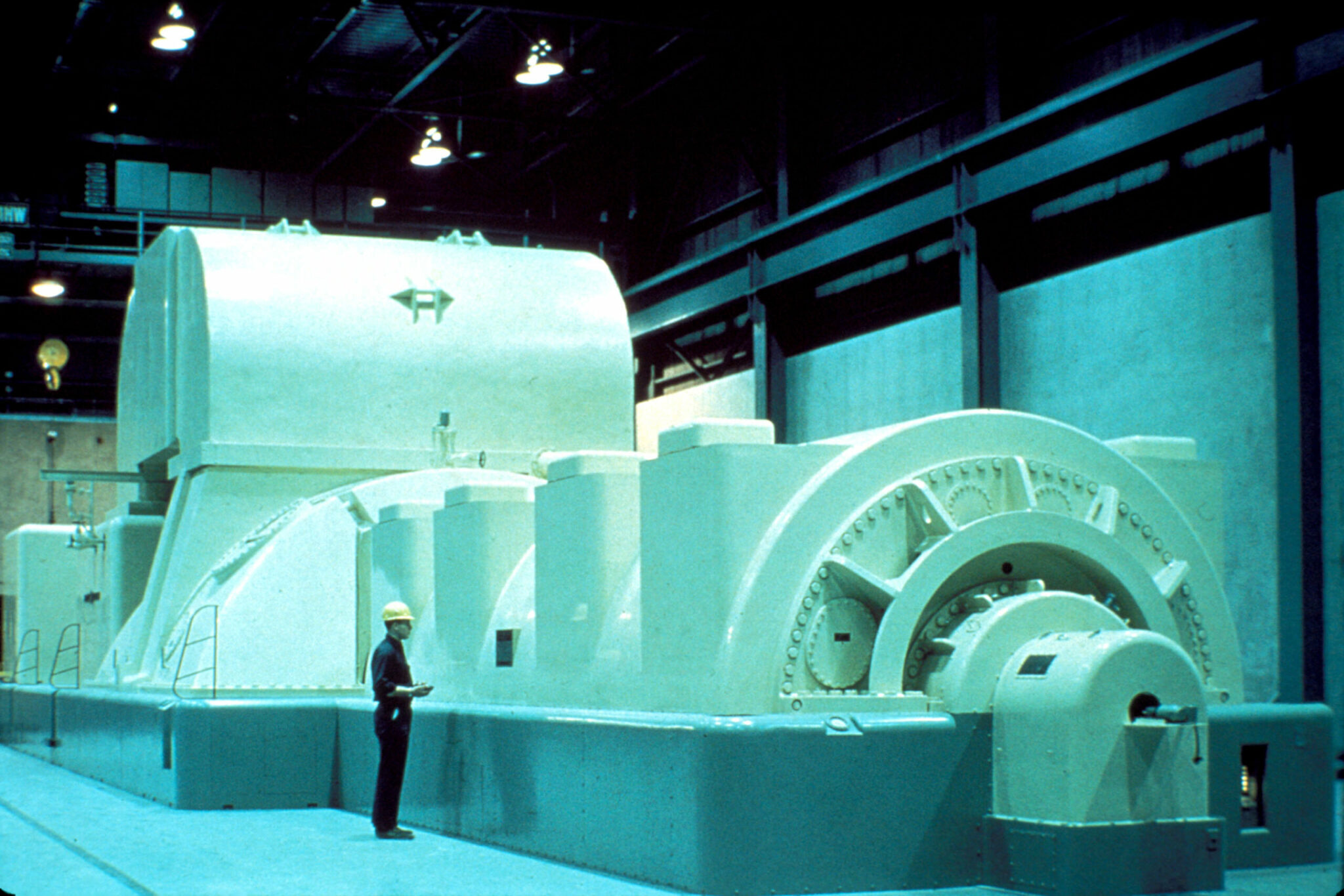 A variety of fuels and methods may be used to turn the fan-like metal blades, or vanes, of the turbine. Some plants burn oil, gas, or coal to boil water into steam, which is heated to 1,000 degrees Fahrenheit and to pressures of 2,400 pounds per square inch.

This extremely hot steam pushes against the turbine vanes, causing them to turn rapidly. In gas turbines a distillate fuel, similar to diesel oil, or occasionally natural gas is used.

The fuel is burned and thrust out of a combustion engine as a hot, expanded gas, which turns the turbine and then passes out through exhaust stacks into the air. If the generator is near a river, falling water can spin the turbine. Other natural sources of power include wind, tides, and rays from the sun.

In nuclear plants, steam pushes the turbine vanes, but the source of heat for the steam is entirely different from that in a conventional plant. A nuclear reactor vessel is composed of thousands of tubes that contain uranium, or some other fissionable material.

The amount of heat produced in this fashion to fuel the generator is, of course, tremendous.