How do editors choose cartoons for The New Yorker magazine?

Cosmopolitan cartoons have long been a trademark of The New Yorker.

You can find the cartoonists’ names listed modestly at the end of the magazine’s table of contents under the heading “Drawings.”

The term is a holdover from the late 1920s and ’30s, when New Yorker cartoons were sometimes written by one person and drawn by another. Now, of course, this is no longer the case; each drawing is created by a single artist. And art editor Lee Lorenz, himself a contributor, comfortably refers to them as “cartoons.” 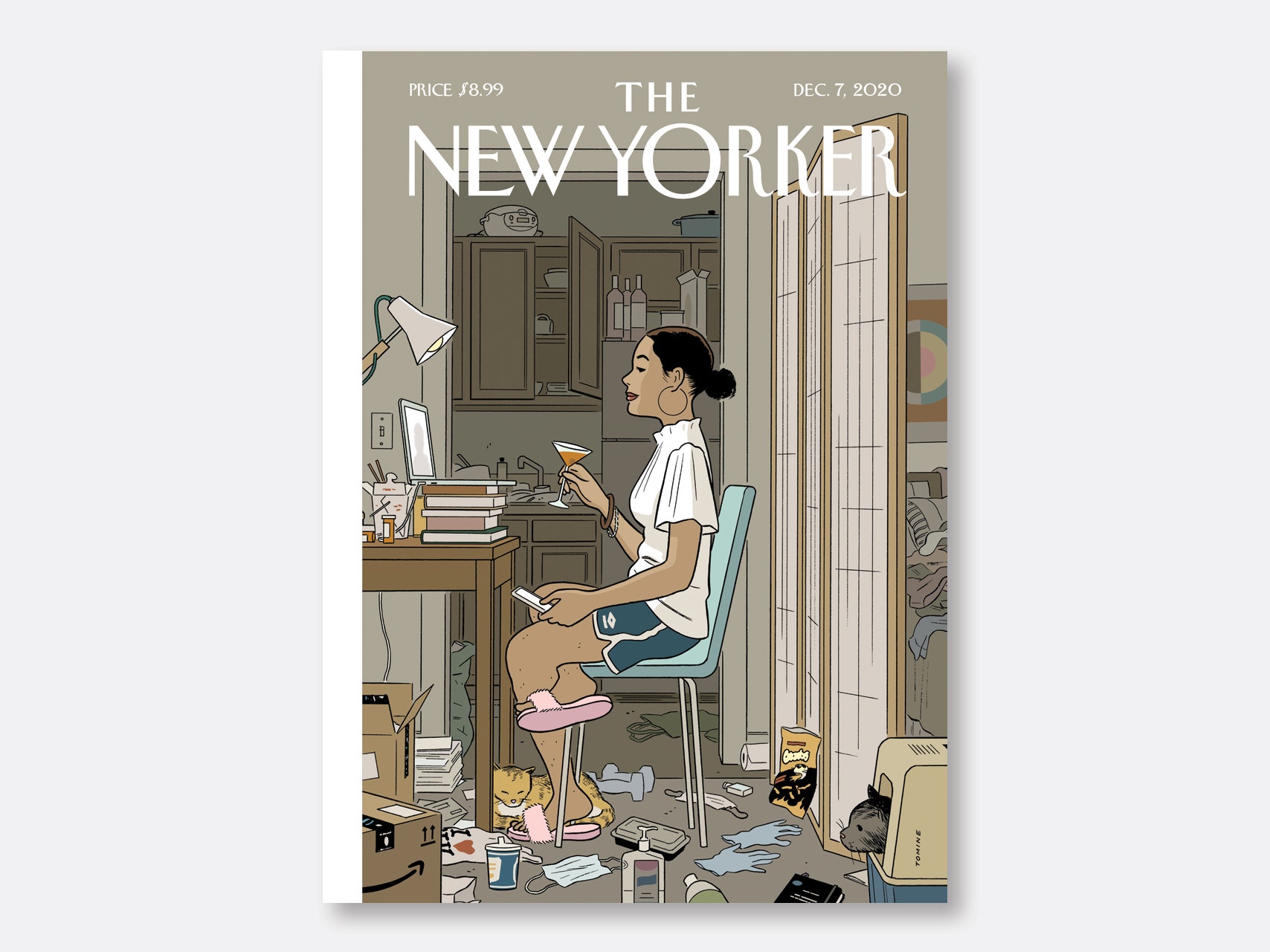 The New Yorker has a group of about sixty-five artists who contribute regularly to the magazine. Each artist submits twelve to thirty cartoons every week to Lorenz, who narrows the field and shows his choices to the magazine’s editor.

Together they settle on the best, selecting some for immediate use and others to be published later. Each weekly issue contains about two dozen cartoons. The choices for future use are stored in a reserve bank, filed under seasonal themes or categories such as “heaven and hell,” “married couples,” “cocktail parties,” “olden times,” “talking animals,” and so forth.

Some of the cartoons in the magazine, albeit a very small percentage, are created by artists outside the regular group. Lorenz himself reviews all unsolicited submissions, which pour in at a rate of hundreds and even thousands a week. He’s on the lookout for new talent, in the form of “a recognizable, individual graphic style and personal point of view.” If he likes the work in a new portfolio, he meets with the artist and starts buying one cartoon at a time.

Eventually he may invite the artist to sign on with the magazine, but not very often. He has offered only eight new contracts for cartoonists in three years, and the established artists tend to stay on. William Steig and George Price, for example, have been keeping New Yorker readers in stitches since the late 1920s.

Lorenz would agree. Asked to describe the humor in New Yorker cartoons, he replies, “I can’t. It’s too subjective.” He disagrees with the term “highbrow”, although he agrees the magazine is aimed at the well-educated, well-heeled, upper-middle-class reader. The humor ranges, he says, and “the audience for cartoons extends beyond people who love The New Yorker. People can go to the magazine and get a laugh even if they’re not interested in fact, fiction or reportage.”

New Yorker cartoons do in fact range more widely than ever before. “The world has changed a lot,” Lorenz says. “You can’t outrun your audience, but you certainly have to keep up. To that end, he has introduced cartoonists with new styles. Roz Chast, for example, contributes some wonderful cartoons with a very personal, postcard-like sensibility.

And in his cartoons, Danny Shanahan makes hip verbal and visual puns: “Chicken a la King,” the caption reads beneath a picture of a chicken dressed as Elvis Presley.