All batteries work by converting chemical energy into electric energy.

The difference between primary, or non-rechargeable, and secondary, or rechargeable, batteries lies in the specific chemical reactions each battery type uses to produce an electron flow, which in batteries is electricity. 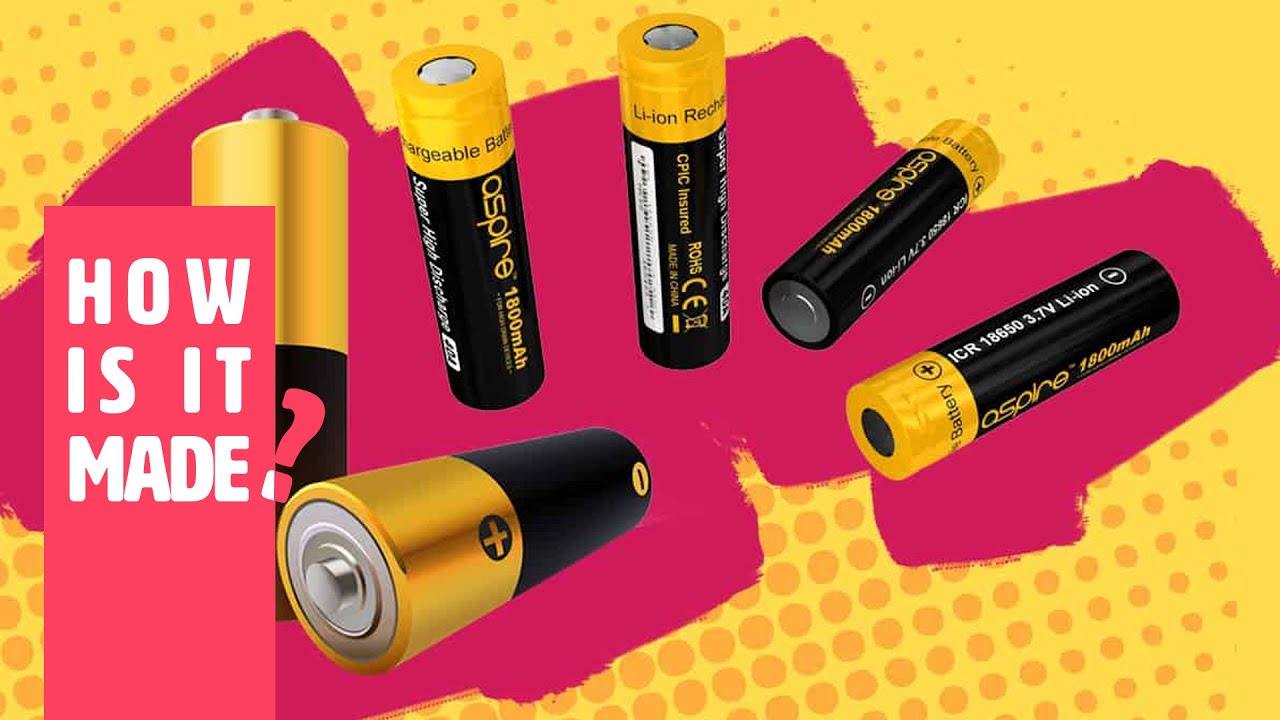 A battery cell is composed of an anode, which is a negative electrode, and a cathode, a positive electrode. The two electrodes are separated by an electrolyte, a chemical medium through which electrons can travel from the anode to the cathode.

The flow of excess electrons from anode to cathode triggers the cathode to release more oxygen, which in turn causes the anode to oxidize, thereby generating more electrons. Think of a battery as a microcosm of a self-contained university: the cathode is like an undergraduate college which continuously graduates students (oxygen) who enroll in graduate school (the anode) where they are transformed into professors (electrons), who stream over to the undergraduate college (the cathode) to find jobs.

In a primary battery, the migration of electrons can only occur in one direction, from anode to cathode. When the anode has absorbed all the available oxygen, it stops producing electrons, and the flow of electricity ceases.

In a secondary battery, once the fully oxidized anode has stopped producing electrons, the chemical reactions that produced the electron flow can be reversed, thereby returning the anode to a deoxidized state in which it can once again absorb oxygen and produce electricity.

A non-rechargeable battery is sort of like a really inexpensive, disposable videocassette (if there were such a thing) that cannot be rewound: after such a cassette had been played there would be no way to get back to the beginning. A rechargeable battery discharges and recharges just as a standard cassette plays and rewinds.

The two most popular types of rechargeable batteries are lead-acid and nickel-cadmium. Lead-acid batteries, of which the typical car battery is the most common example, have lead (Pb) anodes and lead dioxide (PbO2) cathodes. Nickel-cadmium batteries have nickel (Ni) anodes and cadmium (Cd) cathodes, and come in the full range of standard sizes, triple A to nine volt, for use in all the familiar battery-operated devices. Alkaline batteries, the standard throwaway kind, have zinc (Zn) anodes and manganese dioxide (Mn02) cathodes.

A battery’s voltage is determined by the materials used for its anodes and cathodes. Zinc and manganese dioxide combine to produce a voltage of 1.5 volts, slightly higher than 1.2 volts achieved by nickel and cadmium in the standard rechargeable battery.

Voltage, however, is reduced with use, and whereas an alkaline starts at 1.5 volts but steadily loses power, a nickel-cadmium battery maintains its 1.2 volts through 90 percent of its discharge. This means rechargeable batteries, although they run down faster than alkalines, provide consistently more power while in operation.