How do flavor chemists create artificial flavors for food that taste just like the real thing?

This question is debatable. Ripe bananas, for instance, have more than 150 taste components; it is highly unlikely, therefore, that a synthetic banana flavor could really duplicate the ripe banana flavor.

Furthermore, the cheap synthetic flavors that consumers have been fed in recent years have made them so accustomed to an artificial taste that often they actually prefer it to a natural one.

A flavor chemist for Fritz, Dodge and Alcott, Inc., reports that they’ve “moved away from the utilization of fresh flavor. It isn’t familiar anymore.” Another major flavor manufacturer admits that were they to develop a “bread” flavor, they’d imitate the taste of Wonder Bread rather than homemade. 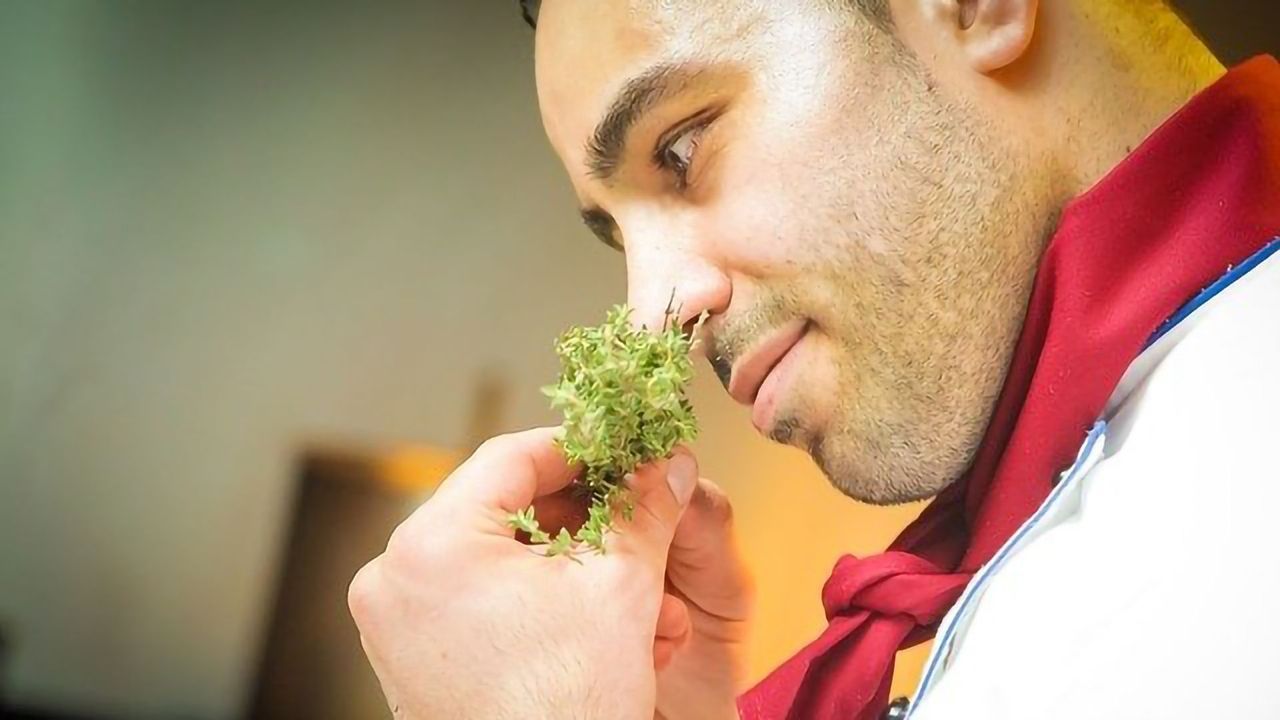 Artificial flavoring ingredients are either imitation (a combination of natural and synthesized ingredients) or synthetic (purely chemical). In either case, the manufacturing process begins with a research chemist who attempts to isolate significant flavor constituents. He separates components of natural foods and identifies fragrances and aromas by some very complex methods.

By chromatography the juice of a strawberry, for example, is allowed to seep through an absorbent in which different compounds are absorbed by different layers. Various components, thus isolated, may be analyzed further by a mass spectrometer. Here the component is spun over a magnet and at the same time bombarded by electrons. This causes the component to break down within the magnetic field, and a chemist can observe the particular pattern of breakdown. Knowing the chemical makeup of the component, he may then be able to reassemble the parts artificially.

Some components, however, have isomers, or molecules that are identical in composition but whose atoms are positioned differently. They may exist in various configurations, twisted together, for example, yet each has its own particular effect on the flavor of the food.

Some cause a fatty taste, others a sour flavor, and so on. It is thus necessary to separate them, and this process is carried out by nuclear magnetic resonance. Molecules of the substance are spun over a magnet, broken apart, and radio waves used to key on the vibrational energies emitted by the molecules. The radio waves then relate this information to an oscilloscope, which charts the pattern. Experts can then read those charts and determine the actual form of the configuration.

By these and other techniques, research chemists analyze the natural flavors in foods. The number of constituents may be overwhelming, International Flavors and Fragrances, Inc. (IFF), has detected 125 in strawberries. Some are immediately apparent; others are incredibly elusive. Furthermore, flavorists insist that were analysis all that was necessary for finding the formula that most accurately imitates nature, the creation of artificial flavors would be simple.

Charles H. Grimm, senior vice president of IFF, insists that this matching process is an art. Like the study of wines or fine foods, evaluation of artificial flavors is done organoleptically, by actual taste and smell comparisons. A flavorist would smell and/or taste a beaker of real strawberry juice and then sample twenty, thirty, perhaps sixty other substances formulated according to the findings of the research chemist.

The Food and Drug Administration has listed 800 synthetic aromatics as GRAS (Generally Recognized as Safe). Proponents of these flavors point out that synthetic flavors have greater stability and can withstand greater temperature changes than natural ones. They are more readily available, cheaper, and always the same in color and composition, a comfort to many modern consumers.

Whether or not the products of food flavorists are a viable substitute for the original (in taste or in nutrients), the variety of artificial flavorings on the market is astounding. Not only can we buy food with bacon flavor, but smoky bacon, maple bacon, and mushroom bacon flavors are also manufactured. Available tomato flavors include crisp and fresh, pulpy, and cooked.

One manufacturer of flavors claims, “Our chicken is chickener. It tastes just like Grandma’s cooking.” Well, it may not have been one of Grandma’s better days.