How Do Hippos Communicate with Each Other and What Type of Sounds Do They Make?

Hippopotamuses do indeed communicate with each other, and they do so rather loudly. 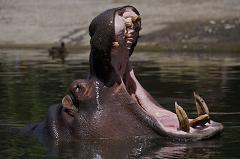 Hippos appear to communicate verbally, through grunts and bellows, and it is believed that they may practice echolocation, but the purpose of these vocalizations is currently unknown. 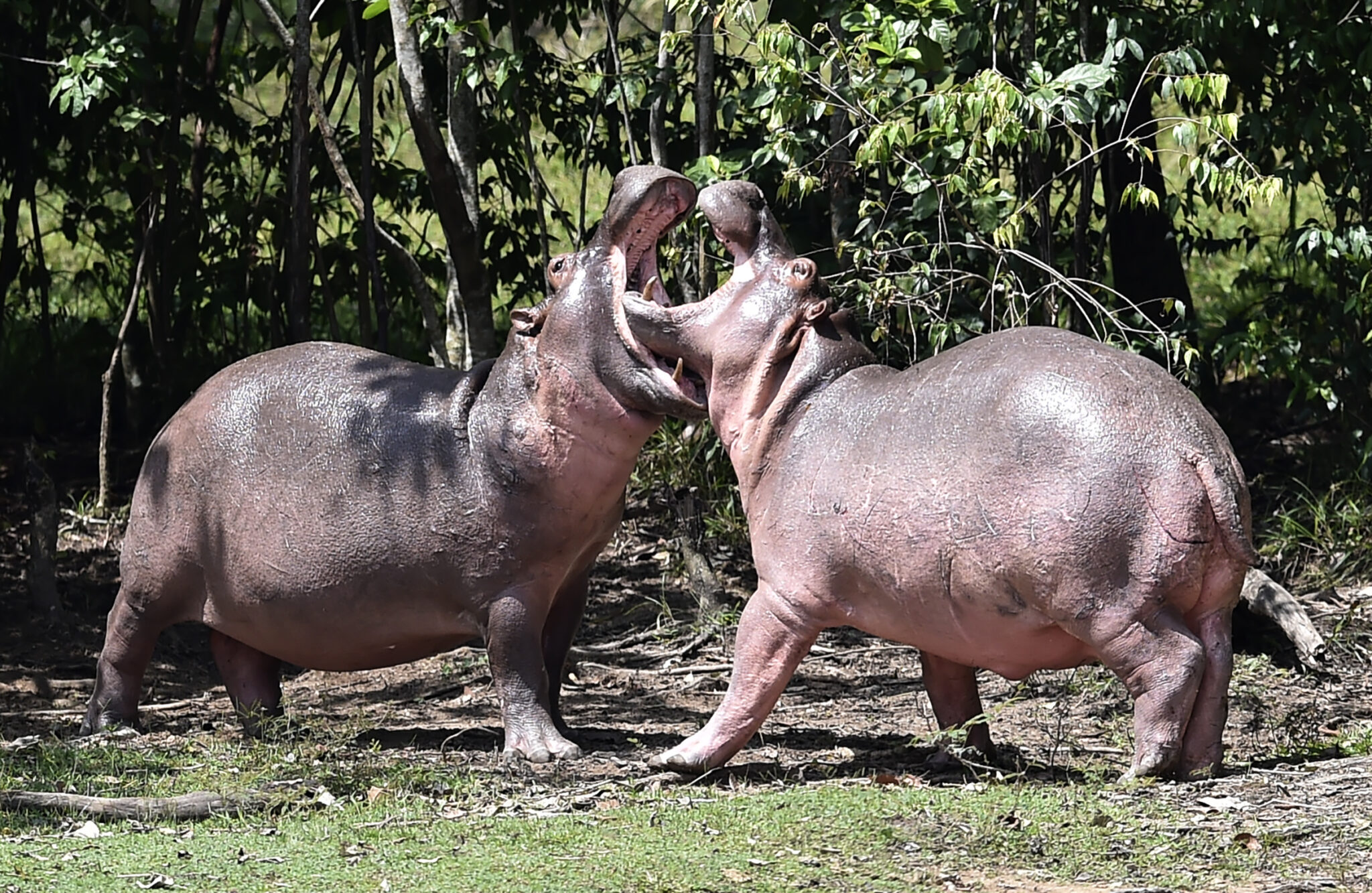 Hippos are able to hold their head partially above the water and send out a cry that travels through both water and air. Other hippos both above and under water will respond.

In a series of noises that are called grunts, chuffs, and honks, hippopotamuses communicate with one another or to warn off predators.

Their noises have been recorded at levels of 113 or more decibels.

That’s about as loud as a jet engine, or a Marilyn Manson concert if you’re standing close to the stage.