How do lawyers research members of a jury before deciding whether to challenge them?

As the stakes of cases have increased, lawyers on both sides of a case are carefully weighing each potential juror and trying to eliminate those who may have predispositions against their client. 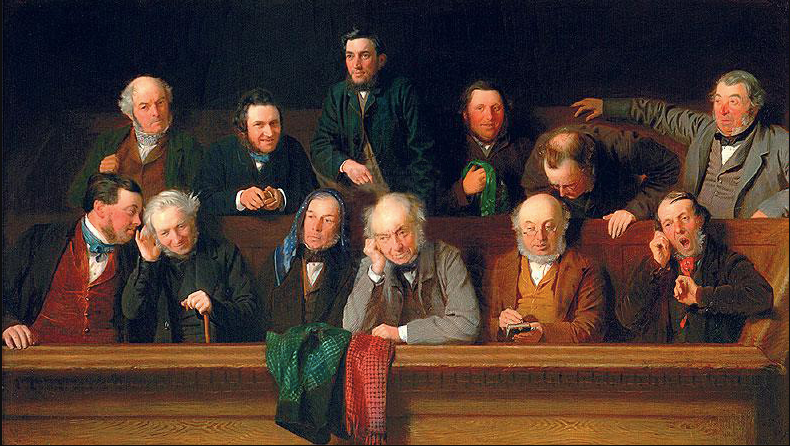 In all courts, judges have tremendous discretion about how the selection will proceed, and lawyers in the court need to familiarize themselves ahead of time with the particular judge’s modus operandi. The selection in federal courts is generally quick, often under an hour.

Each side is permitted only three peremptory challenges; that is, the counsel for the defense and the prosecution can each strike only three prospective jurors without providing a reason. (However, recent Supreme Court cases have limited this right somewhat.) Both sides are also allowed unlimited challenges for cause, but here the lawyer must provide a reason for eliminating someone, usually tangible evidence that that person cannot be unbiased.

Federal judges tend not to dismiss candidates for cause, however, and that helps expedite the process. Every state court has different policies about the length and type of questioning permitted. The process can take days, especially if the case is to be a long one in which juror alternates will be needed.

During the seconds before the candidate is seated, the lawyer watches his or her stride, is it forceful or lazy? How is the candidate dressed, high heels or running shoes? Is the candidate carrying any reading material, and if so, what kind? The lawyer is looking for clues about how this potential juror will view his client. Does he or she appear liberal or conservative, rigid or easygoing, sympathetic or not to the plight of his client?

After eyeballing the prospective jurors, the lawyer may pose a series of questions (or in some cases have the candidates fill out a questionnaire) about each candidate’s occupation, marital status, age, and residence. Usually the lawyer is not allowed to inquire about religious affiliation or political leanings. Inevitably the lawyer will rely somewhat on occupational stereotypes.

For example, in a case of wrongful death of a child, a young mother who will sympathize with bereft parents will be more desirable for the defense than a seventy-year-old widow. But the lawyer must also try to read between the lines. Is this young mother an angry, frustrated person? How does she feel about her work, her kids? He must reach rapid conclusions drawing on general demeanor and personality type.

If a trial lawyer is challenging for cause, he does so at the close of the questioning, or voir dire. To obtain a reason he can ask leading questions. Say the case involves a drunken-driving accident and a potential juror professes to be a teetotaler. The lawyer would highlight the candidate’s preference for abstinence while inquiring whether he could indeed be fair to the defendant; wouldn’t he be likely to award more damages against the driver because of his drinking? If the lawyer can demonstrate to the judge that the candidate is prejudiced, then that person will be disqualified.

In big cases lawyers often hire jury consultants who study social patterns and personality types for insight into what motivates an individual. Some jury experts try to read personality traits through somatotypes, or body types. The endomorph, for instance, who is obese, tends to be free and direct in answering questions. His generosity makes him a desirable juror for plaintiffs in civil cases. At the opposite end of the spectrum is the terribly thin ectomorph, who is considered anxious, rigid, tight with money, a juror for the civil defendant.

Some lawyers use personality typing by psychiatrists in the selection of a jury. Take the obsessive-compulsive, a motivated, meticulous achiever and go-getter. “That’s the person I don’t want for the plaintiff,” writes lawyer Bill Colson in Jury Selection: Strategy and Science. “That person really thinks that you work your way to heaven, you should never get anything for nothing and that we can always overcome. So for me to stand up and say that I want him to give some money for intangibles, for pain and suffering or for future disability or for a scar on a body or a burn, that just wouldn’t enter his mind.”

Other experts classify prospective jurors in five social categories: leaders, followers, fillers, negotiators, and holdouts. Lawyers generally don’t like leaders, whose independence makes them hard to sway. If, however, the lawyer is sure a leader is on the “right” side, then he or she would be a good pick.

A lawyer who has found such a person would then try to put as many followers on the jury as possible. That’s because followers, the passive ones more accustomed to receiving orders than giving them, are likely to fall in line with the leaders, or strongest members of the jury. What lawyers call filler types might also be desirable. Because fillers display indecision but not outright resistance, any lawyer worth his salt will think he can sway them to his client’s cause.

Of course, a prosecutor or plaintiffs lawyer would never want a holdout, a person unlikely to go along when the majority of the jurors want to convict or find for the plaintiff. The lawyer must carefully weigh, then, not only each individual but the dynamics of the group. And stereotyping, however useful, isn’t foolproof.

To help make jury selection more scientific, Decision Research, a market research firm with a strong litigation service practice in Lexington, Massachusetts, stages mock trials in which a “jury panel” is presented with the facts of a “hypothetical” case. Observing through a one-way mirror, lawyers and Decision Research analysts study how people react to the arguments and lawyers.

Says Robert Duboff of Decision Research, “You start to see fairly predictable patterns.- In a euthanasia case, for example, he found that people under forty and over sixty were more likely to sympathize with the defense. Those in between, in the forty- to sixty-year-old range, were the least sympathetic. “Possibly they felt some trepidation that someone would do that to them when they’re not ready to go,” suggests Duboff. “But cases are usually not that clear-cut.”

When the data are more varied and complex, Decision Research does computer runs to establish patterns. In general, it seems inadvisable in a criminal case for the defense to select a jury too much like the defendant. (Recall the Scarsdale Diet Doctor case in which Jean Harris was convicted for murder by a strategically selected bunch of middle-aged, middle-class women.)

“If you are similar to the defendant, you judge him or her by your own standards,” says Duboff, “and you say to yourself ‘I’d be tempted to do that, but I wouldn’t,’ so you want to punish him.”

Despite all the computer analyses, surveys, and studies, every time a lawyer steps up to a panel of jurors he is, in the end, dealing with unpredictable individuals, and their responses may hinge on unperceived quirks and foibles. Even so, it can’t hurt for lawyers to try to ensure the scales of justice aren’t tipped against their client.