How do Librarians decide where to put a new book in the Library of Congress?

In 1814 Thomas Jefferson, retired from government service and living at Monticello, donated his personal library to Congress, writing, “There is, in fact, no subject to which a Member of Congress may not have occasion to refer.”

The government took Jefferson at his word, and the Library of Congress has since become the world’s most avid collector of books, manuscripts, documents, music and film. It holds about 100 million items, and adds some seven thousand more every day. No one, not even the Librarian of Congress himself, has ever really examined the entire collection.

Library officials claim that “if you were to limit your examination to one minute per item, eight hours a day, five days a week, it would take 650 years to view everything in the Library of Congress, during which time another 650 million items would be added behind your back.” 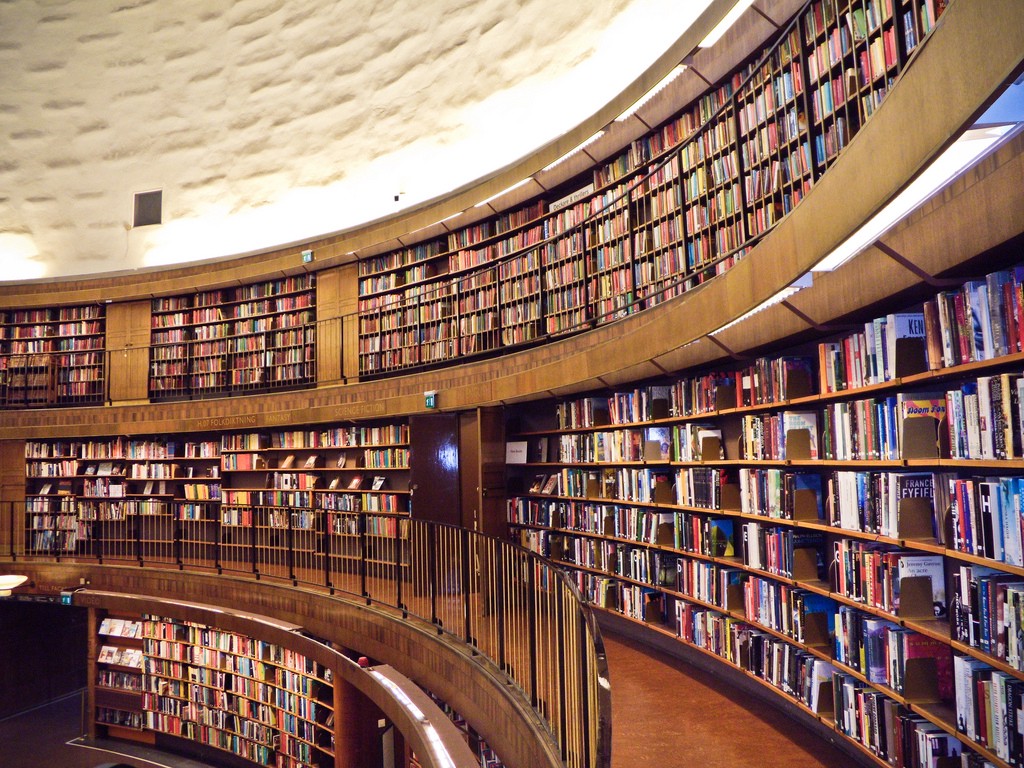 The massive holdings are stored on shelves that stretch for 575 miles hither and thither through the Library’s three Washington, D.C., buildings, a storage facility in Landover, Maryland, and a film archive in Dayton, Ohio.

With items pouring in at the rate of ten per minute, the Library has by necessity become a leading innovator in the distinctly bookish fields of classification and storage.

The Library classifies books according to the Library of Congress System, which has a broader base and greater flexibility than the Dewey Decimal Classification System. The system uses twenty-three letters of the alphabet to represent twenty-one general categories; combinations of letters are used to indicate specific topics.

A, for example, stands for General Works, and AE designates encyclopedias. Subjects are further delineated by the use of three-digit codes after the letter combinations. There are full-time employees whose job it is to place new acquisitions on the shelves according to their classification.

New shelves are constantly being added. Occasionally, when old books begin to decay and are transferred to microfilm, or when books are found to contain gross inaccuracies and are removed from the collection, additional shelf space becomes available.

Some items are not placed in the stacks at all. Newspapers are recorded on microfilm within three months of being published and are stored in microfilm drawers. Telephone books are treated the same way.

Manuscripts, of which the Library receives more than half a million a year, both published and unpublished, are indexed and stored in manuscript boxes. The eight hundred or so motion pictures that arrive annually are placed in film canisters, some of which are stored in Washington, some in Dayton. Maps, numbering close to four million, are kept in specially designed flat drawers in the Cartography Division, which also houses an extensive collection of globes.

The Library has by law received two free copies of every book, map, chart, print, woodcut, engraving, dramatic or musical composition, or photograph submitted for copyright in the United States since 1870.

The Copyright Office currently registers about 600,000 claims a year, and about half of its holdings are delivered to the Library. Copyright items not selected for the permanent collection are kept in the Landover, Maryland, warehouse. Also stored in Landover are Thomas Jefferson’s fragile, two-hundred-year-old library and bound newspapers dating back to the seventeenth century.

To help preserve its collection of antiquities, the Library has developed a patented diethyl zinc process for removing acid from book paper, a treatment that can extend the life of a book five centuries.

Another way to preserve printed material is to transfer it onto optical laser disks, which last forever. A single twelve-inch disk can store ten thousand printed pages, making it a valuable space saver as well. The library is currently evaluating the practicality of switching to laser disks.

In addition to its general collection, the Library maintains special branches that oversee specific fields of interest.

The Hispanic Division, for instance, deals solely with items relating to Spain and Latin America, while the Asian Division counts among its holdings passages from a Buddhist sutra printed in A.D. 770, the oldest example of such printing in the world. Certain books and materials defy usual classification and become the property of the Rare Book and Special Collections Division.

Among the titles maintained in the special collections is Ant, which at 1.4 millimeters square is the size of an ant’s book and the Library’s smallest volume.