How did Congress decide to make Washington the capital of the United States?

In June 1783, a horde of soldiers, still unpaid for their services in the War of Independence, stormed Philadelphia to voice their complaints to Congress.

The country was then a loose union of 13 semi-independent sovereignties. There was no president, no money in the Treasury.

The wise gentlemen in Philadelphia’s Old City Hall decided it was high time to establish a federal city where angry soldiers might be handled in an organized manner, where the dignitaries of government might work efficiently and in peace. 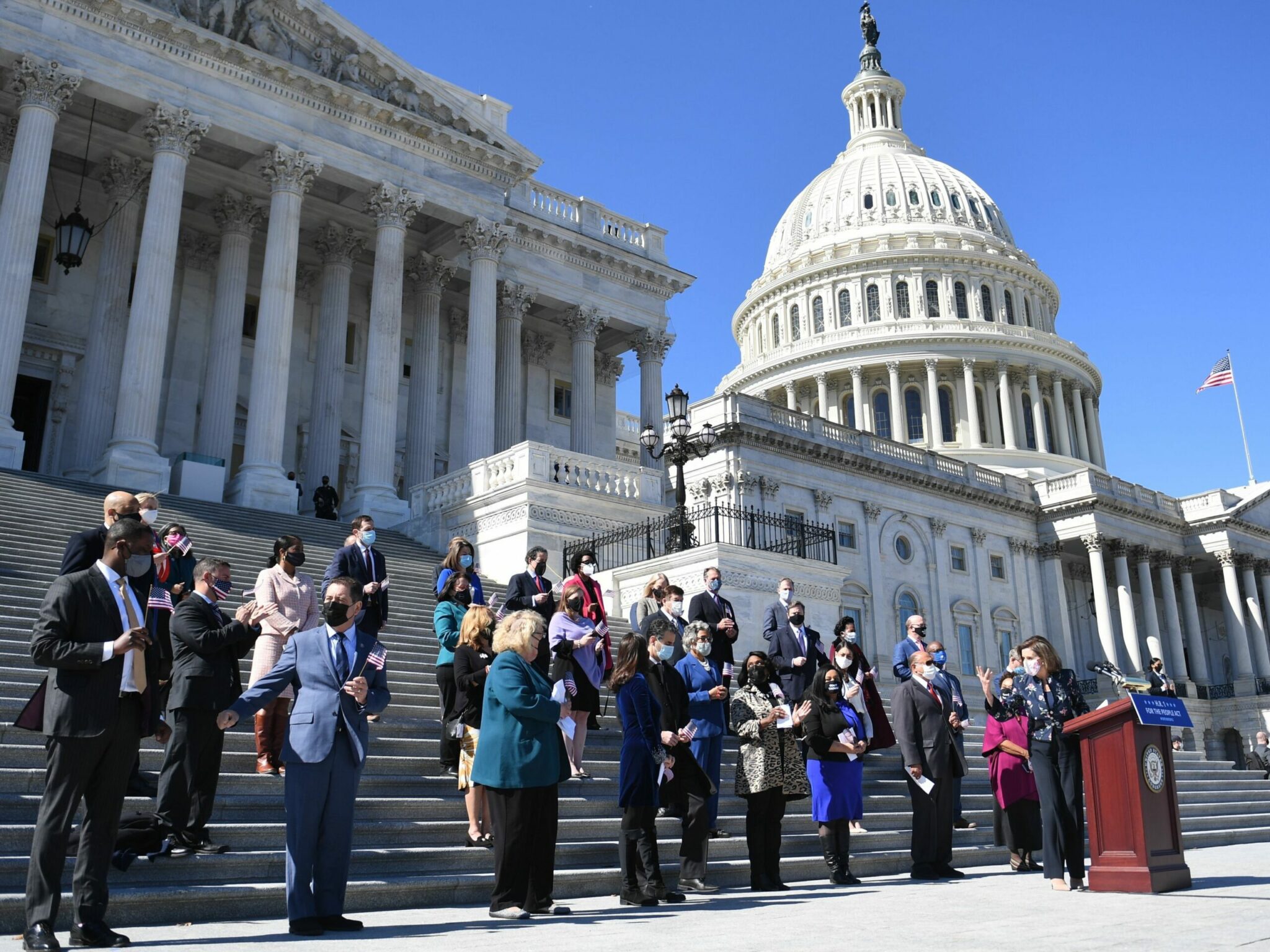 For seven years the idea was bandied about. While many congressmen agreed on the need for a capital, they could in no way agree on its location. Northerners favored Philadelphia, Germantown (now part of Philadelphia), or New York.

At one point a bill actually passed in both the House and the Senate designating Germantown, but when no speedy action was taken, the bitter debate was renewed. Southerners were more skeptical about the whole idea of a centralized government, fearing an oligarchy and particularly one that catered to the commercial interests of the North. If they had to have a capital, it had better be in the South. By this time there was a president, and he espoused a site on the Potomac.

Such was the impasse in Congress when yet another volatile issue took center stage, further threatening the union of the colonies. Alexander Hamilton, as Secretary of the Treasury, proposed that the federal government assume all state debts incurred in the Revolution. The northern states, whose debts were considerably higher than those in the South, thought it an excellent idea.

Southerners, on the other hand, felt the federal government was wielding excessive power, interfering with duties that, by rights, were the responsibility of each state. They balked, and Hamilton’s bill missed its mark by two votes. But the North would not accept the defeat and flatly refused to conduct business until it was reversed. Threats of secession were rampant.

A distraught Hamilton approached Virginia’s Thomas Jefferson outside President Washington’s house one day and walked him back and forth for half an hour, lamenting the chaos in the legislature, stressing the urgency of unity and the need to rally around the President. Jefferson, claiming to be a novice at such matters, decided to have Hamilton and a few friends for dinner the next evening and discuss a compromise over capons and wine.

At this meeting, Jefferson agreed that the two votes should be rescinded to save the Union. “But,” he later wrote, “it was observed that this pill would be peculiarly bitter to the Southern States and that some concomitant measure should be adapted to sweeten it a little to them.” The tradeoff was the capital. “. . . It was thought,” continued Jefferson, “by giving it to Philadelphia for ten years and to Georgetown permanently afterwards, this might, as an anodyne, calm in some degree the ferment which might be excited by the other measure alone. So two of the Potomac members (White and Lee, but White with a revulsion of stomach almost convulsive) agreed to change their votes and Hamilton undertook to carry the other point.”

On July 16, 1790, the House passed an act by a vote of 32 to 29 establishing the seat of government according to Hamilton and Jefferson’s scheme, it would stay ten years in Philadelphia “and then go to the Indian place with the long name, on the Potomac.” This was Conococheague (or Conongocheague), named for a stream marking the site’s northern boundary. The act, furthermore, empowered the President to set the exact boundaries of the federal territory, which was not to exceed ten square miles.

Why was George Washington so keen on the Potomac area? He envisioned the river’s great commercial potential, reaching the tobacco market of Georgetown and points farther west via a proposed canal across the Cumberland Gap. As a boy he’d ridden in the surrounding hills and grown to love the lowlands of alder and the gentle, wooded slopes. He’d seen, too, that the Indians held council here, that they thought it was a fine place for legislative government.

The original district that Washington outlined included Georgetown to the north, Alexandria to the south, and the village of Hamburg lying beside the river’s swamps, an area commonly called Foggy Bottom. Indeed, to many, the swampland wilderness seemed an unlikely milieu for the stately residences of government. Nevertheless, Washington clung to his vision of a magnificent city, planned by the reputable French military engineer Pierre Charles L’Enfant to rival Europe’s finest. But when the Congressmen moved bag and baggage to Washington’s “Emporium of the West” (as he called it), they were not quite so enraptured.

In the early 19th century, more common appelations heard around town were “wilderness city,” “Capital of Miserable Huts,” and “A Mud-hole Equal to the Great Serbonian Bog.”