How do the auction house and consigner set the minimum bid on a painting that is up for auction?

Before putting a painting on the auction block, the auction house responsible for selling it and the consigner (the owner of the painting) decide upon a reserve price.

A reserve price is the price below which the owner is unwilling to part with his painting. It is frequently set at about 60 percent of the low estimated value of the painting. 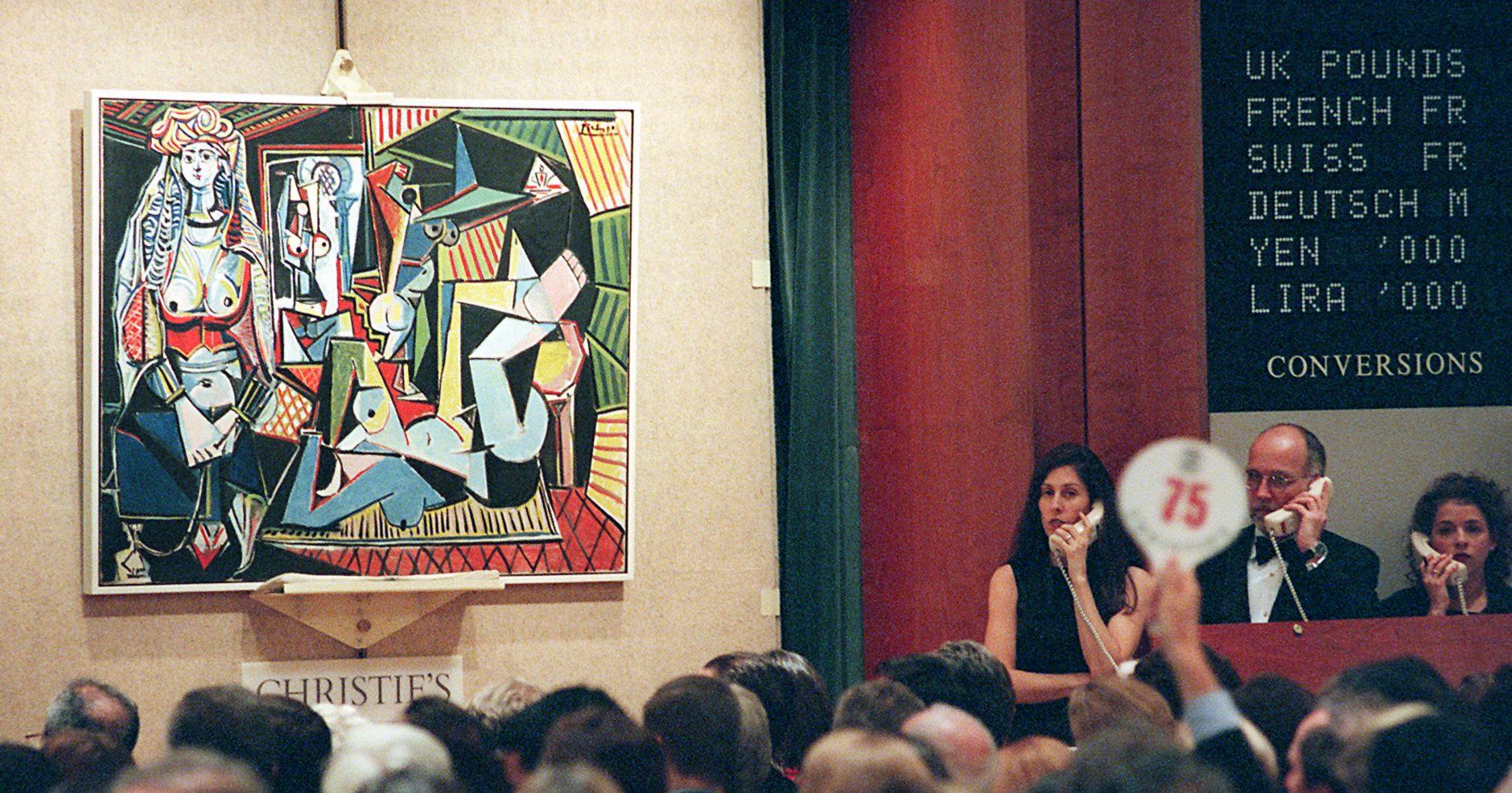 To come up with the reserve price for a painting, an auction firm must first arrive at an estimate of the painting’s worth. In the parlance of the trade, an estimate is a determination of the amount a painting is likely to fetch at auction. An estimate differs from an appraisal, which is a written document used for insurance and tax purposes.

A number of factors, including the quality, rarity, condition, and provenance (history of ownership) of the painting, influence the final estimate. Market conditions also come to bear: the art market, like the stock market, tends to be either bearish or bullish.

Nineteen eighty-seven, for instance, was a bullish year, one that saw the van Gogh still life Irises sell for a record $72 million. Since 1989 the market has quieted down. It’s possible that if Irises was auctioned off today, it would fetch less than what it did in the gaga market of 1987. Another important factor in determining the worth of a painting is historical precedent, that is, the prices attained during the last six months to a year in sales of similar paintings.

Let’s say you are a businessman and art collector. You’ve taken a bath on some ill-advised real estate investments and need to raise cash to cover your debts. You decide to de-acquisition (art-world doublespeak for sell) an Old Master painting. The first thing you would do is contact one of the big auction firms like Sotheby’s and tell them you want to sell, say, a Titian. Because you are famous and a painting by this sixteenth-century Italian painter is significant, the auction firm will probably send a staff appraiser to your house rather than making you ship the painting to them, which is how it usually works.

The appraiser will examine the painting for integral quality: how it stacks up against other Old Master works and, especially, against other paintings by Titian. Is it a good painting by Titian or not one of his best? Major work or relatively minor?

In terms of rarity, any painting by Titian is automatically first-class, because few of his works are in circulation. Then the appraiser will examine the condition of the painting. A work of art that has been damaged in any way is not worth as much as one in pristine condition. If the painting is impaired, the appraiser will have to decide whether the damage is reversible. A slight tear in the canvas, for instance, can probably be fixed; damage caused by sloppy restoration efforts, on the other hand, is permanent and will devalue the painting.

After examining the painting, the appraiser will usually come up with a preliminary estimate. Before the final, pre-auction estimate is made, however, he’ll check the going rate for Titians.

Probably no Titians will have come on the market in the last six months to a year, so market analysts will look for other Old Master paintings of comparable quality and find out what they sold for and when. The subject matter of the painting will also influence the estimate: the market is always better for top-quality mythological love scenes than for gory crucifixions, two favored Renaissance subjects.

Once you receive an estimate for your painting, you will set the reserve price. The reserve is between you and the auction house; it is not released to the buying public.

A number of factors, such as how much money you need, how long you are willing to wait to sell the painting, and the number of bidders expected to turn out for the auction, will influence where you set the reserve. You can set it at any price up to and including the low estimate, but you cannot legally set it higher than the low estimate. This means that if your painting has been estimated at between $20 million and $25 million, the reserve can go up to $20 million.

If at the auction bidding fails to reach the reserve price, the painting will be removed from the block and either held by the auction house to be re-auctioned at a later date, or returned immediately to you, depending on what you and the auction house decide to do.