How does a pipe organ generate sound with air?

When an organist strikes the first chord of one of Bach’s majestic chorales and the very arches of the cathedral seem to tremble, it’s incredible to think all that sound is being generated by air.

A pipe organ sounds when the column of air enclosed in the pipe is disturbed and set in vibration. Before the advent of electricity, someone with a set of bellows stood by to supply the air; today, the same effect is accomplished electrically by a rotary blower that delivers a steady amount of air under constant pressure.

The simplest organs have only one set of pipes, one pipe for every key on the keyboard. But in order to produce a rich variety of colors and tones, most organs have several sets, called stops or registers, set in a wind chest. 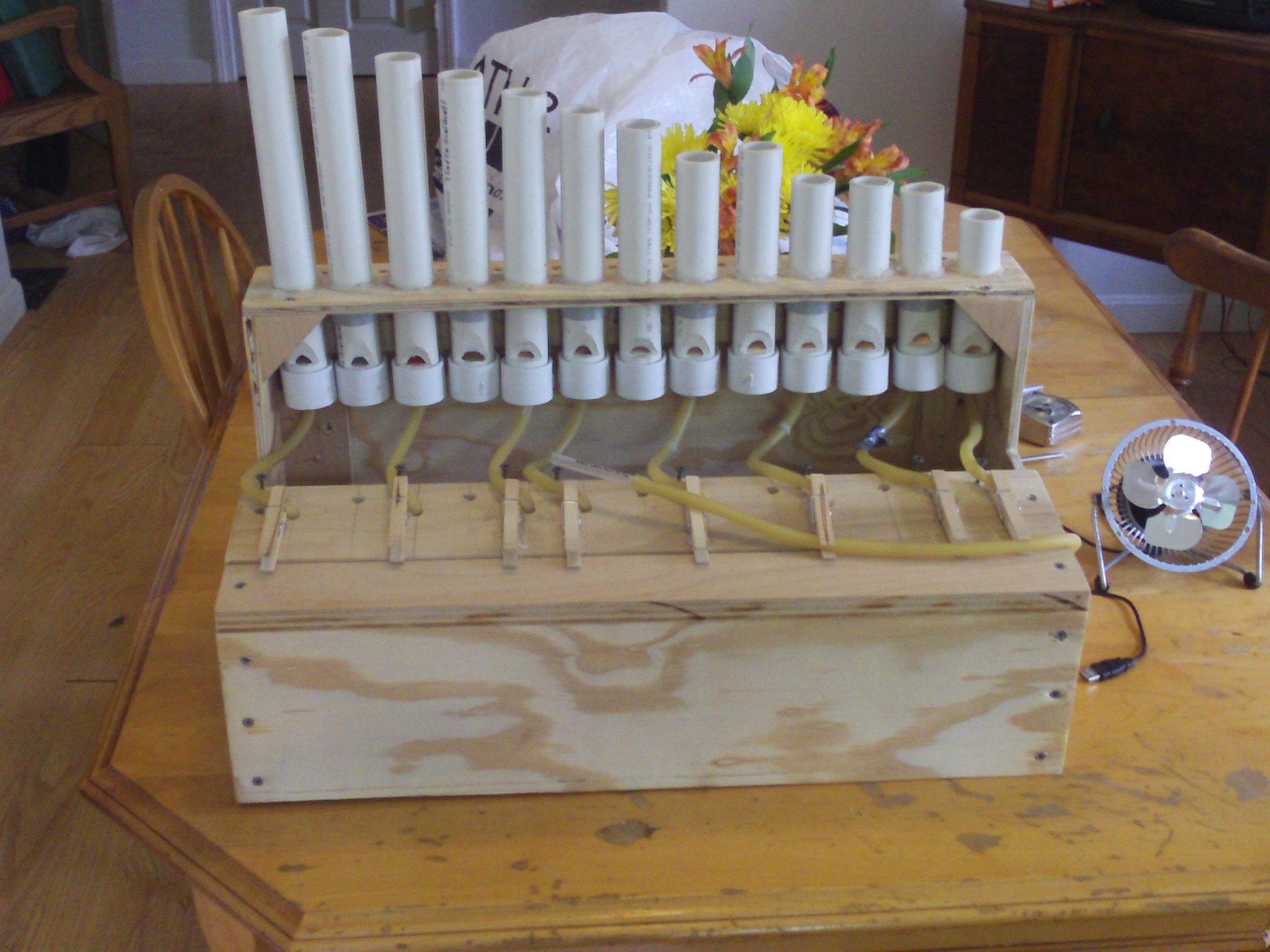 When a key is pressed, a valve in the chest beneath the appropriate pipe opens, letting a stream of air into the bottom of the pipe. It is this vibrating column of air, whose molecules move up and down parallel to the length of the pipe, that produces the sound.

As with piano strings, the longer the pipe, the lower the note; the pipe for C below middle C is exactly double the length of the pipe for middle C itself.