How does French Artist Hubert Duprat Create Works of Art and Jewelry with Caddisfly Larvae?

Hubert Duprat is a French artist who uses caddisfly larvae and precious stones like gold, opal, turquoise, to create his unusual work.

Caddisflies construct elaborate protective tubes from twigs, snail shells, sand and small stones found in their habitat in their stream bed homes. The tubes have little stones to help with traction in fast-moving streams, and spiky twigs make the tube difficult for predators to swallow.

Born in 1957, Duprat, began his work with caddisfly larvae in the early 1980s. He collects the larvae from their natural environments and he takes them to his studio. There he removes their own natural cases and puts them in tanks filled with his own materials, where they build their new protective sheaths. 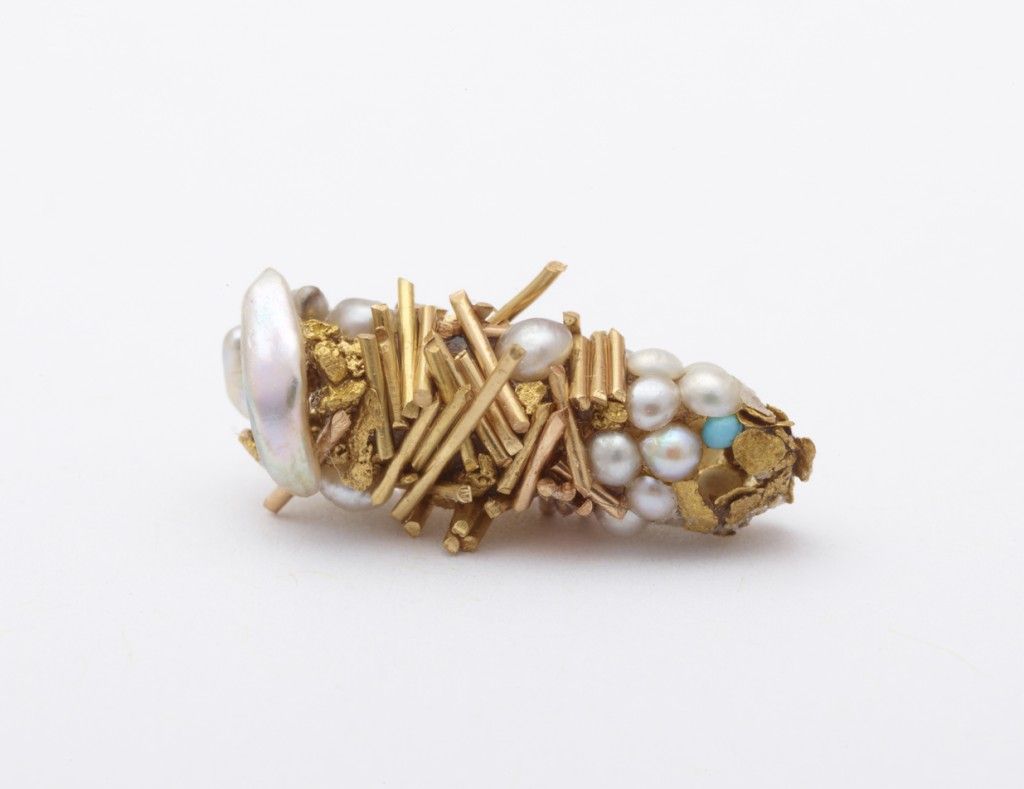 When he started the project he used only gold flakes, but later moved on to various semi-precious and precious stones, including turquoise, sapphires, pearls, rubies, and even diamonds.

The caddisflies are also called sedge-flies or rail-flies, and are considered underwater architects because many species use silk for building throughout their larval life.