How Many People Die In Avalanches In the United States and What Causes an Avalanche?

An avalanche is defined as an extremely rapid slide and fall of snow, rocks, and trees.

The most accidents occurred in Colorado, followed by Alaska, Utah, and Montana. Only a few people died within ski area boundaries, most who died were climbers, snowmobilers, or out-of-bounds and backcountry skiers. 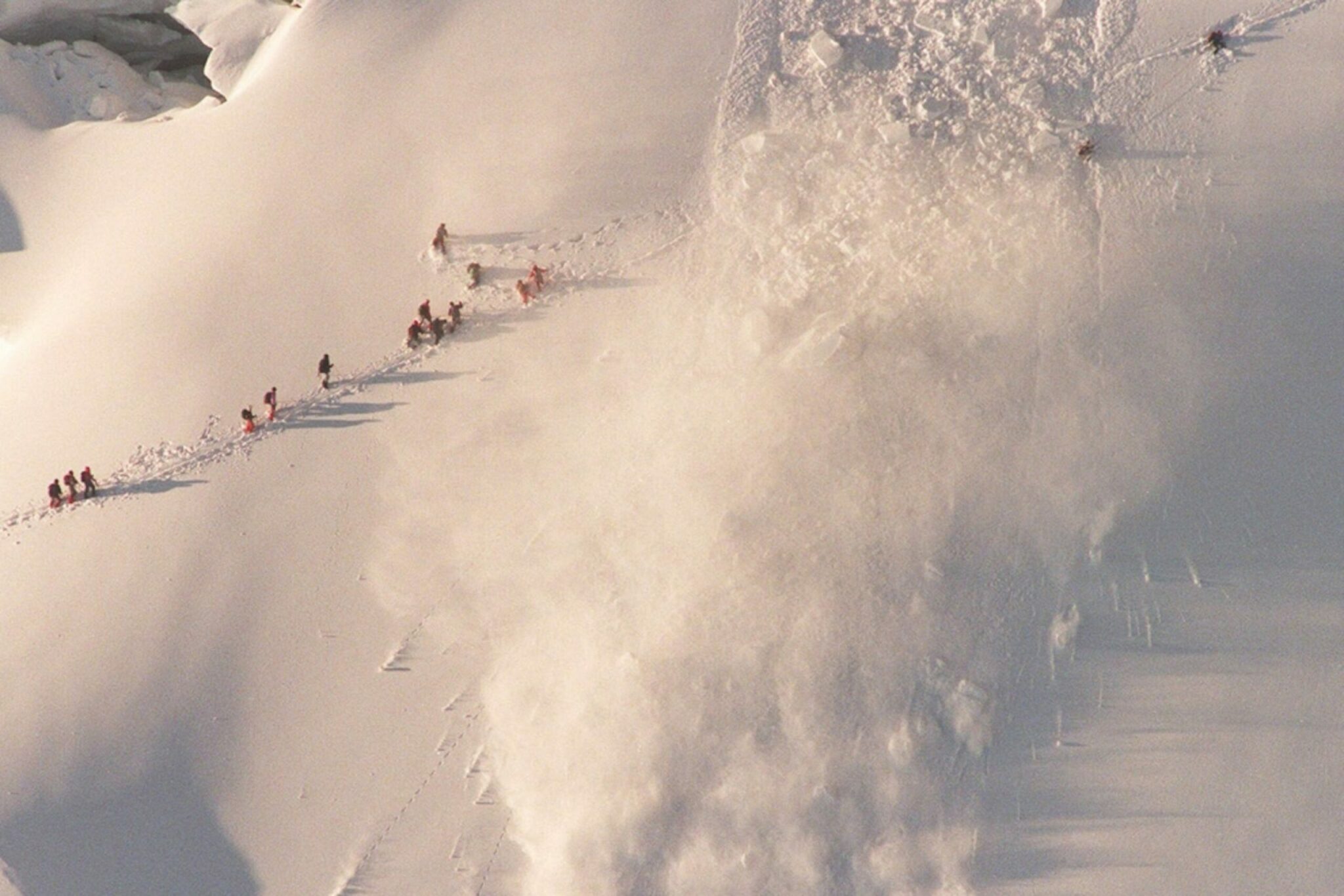 Even if a person buried in an avalanche is able to clear snow from around his face to breathe, in about 15 minutes his breath will cause ice to form in that space, something called an ice mask.

Since no air can enter the ice mask, the person will soon die from lack of oxygen, or asphyxiation.

Nearly three fourths of avalanche deaths are due to asphyxiation.

Most avalanches are caused by the avalanche victims themselves or by the people they are with.

Avalanches are most common when the temperature is between 30° and 40° Fahrenheit.