How many people don’t wash their hands after using the toilet?

John Lynn, of Austin, Texas, thinks people don’t wash their hands often enough, and he thinks it’s about time someone did something about it.

According to Patent Number 6,147,607, Mr. Lynn has designed a way of preventing people from slipping away from the bathroom without washing. He proposes a mechanism attached to a toilet handle that would ooze out some harmless but unpleasant stuff onto the hand of anyone who used it.

This substance, paint, dye, or grease of some sort, would leave a stain that would have to be washed off with soap and water. In a hospital, the substance could be one that could only be cleaned off with antibacterial soap or alcohol. 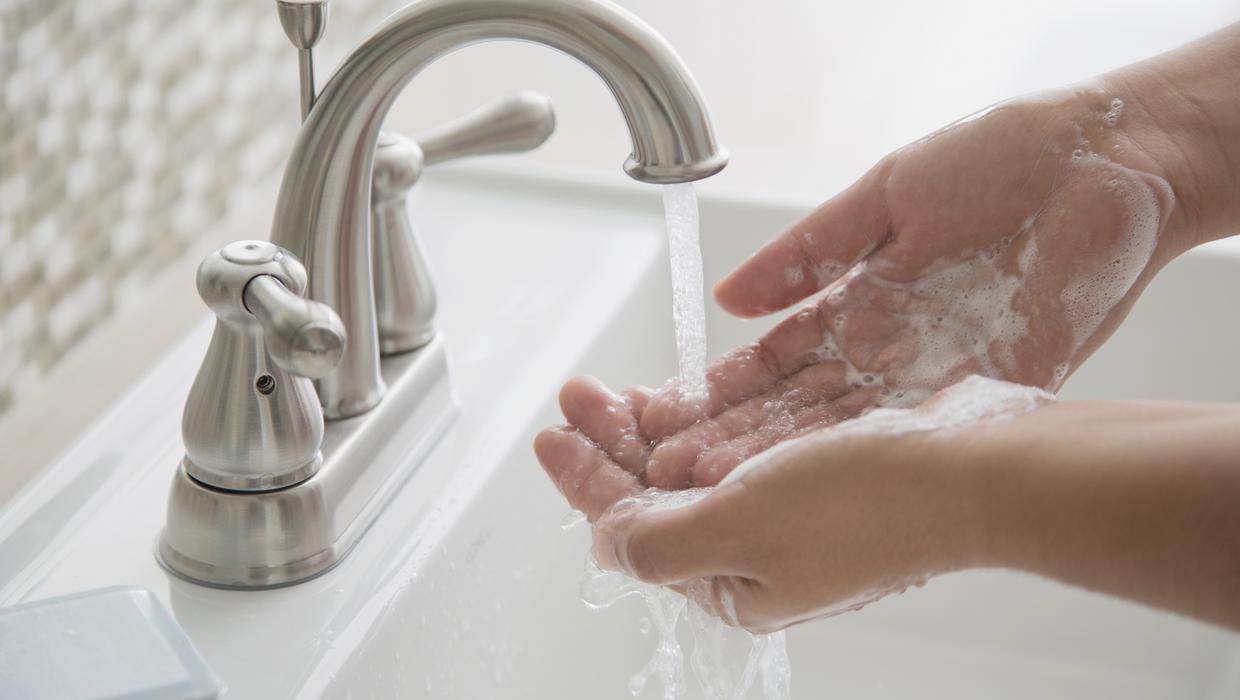 Although he doesn’t say so in the patent application, presumably Mr. Lynn would make the substance red, giving profound new meaning to the expression “caught red-handed.” He does say that in a restaurant, where employers might want to monitor their employees but not their customers, the substance could be one that is invisible except under ultraviolet light.

We can make fun if we want, but John Lynn is right: people don’t wash their hands often enough.

In September 2000, the American Society for Microbiology reported the results of a survey that found that of 7,836 people observed in five American cities (Chicago, Atlanta, New York, New Orleans, and San Francisco), only about two-thirds washed their hands after using a public toilet.

For some reason, Chicagoans were more inclined to wash than other people: 83 percent of them washed. New Yorkers were the least interested in hand washing, with only 49 percent of them bothering.