How much does an aircraft carrier weigh and How is the weight of a ship calculated?

Hoisting the 100,000-ton Nimitz aircraft carrier onto a scale is a formidable idea and not a very practical one.

Fortunately, there are less cumbersome ways of determining the weight of such a massive ship. If a new aircraft carrier is being built, technicians simply keep a running tab of all materials that are used in the construction.

In some cases the weight of a particular piece may not be known but is estimated based on its size and material. The weight of electrical wiring and drainage piping, for instance, is difficult to calculate precisely and must be approximated. 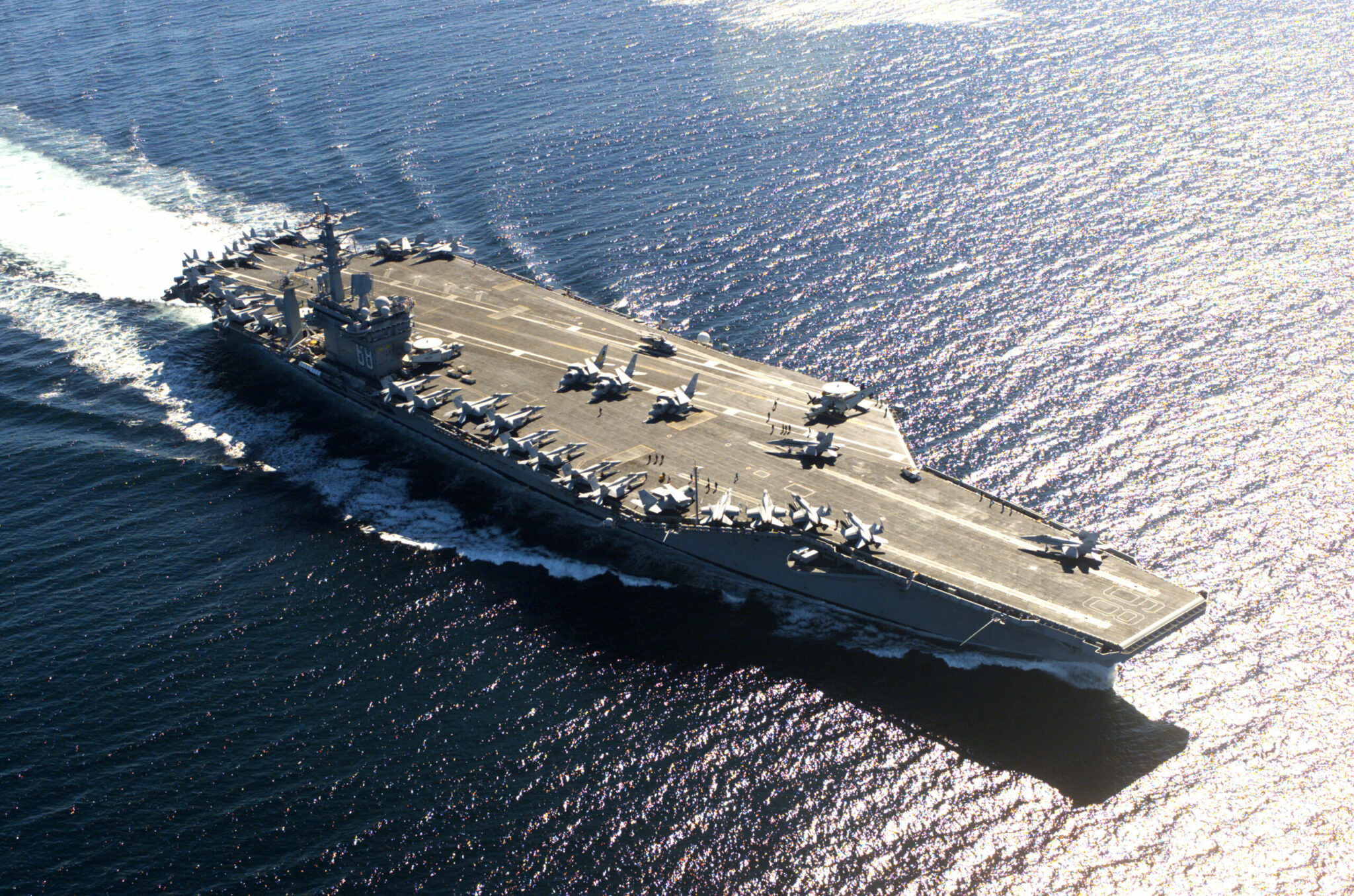 In addition to machinery and equipment, one must tabulate the ship’s loads, consisting of fuel oil, water, ammunition, and a variety of stores. As older aircraft carriers are modernized they become heavier, owing to the installation of new equipment and support structure. Many of the airplanes carried become heavier, too.

Detailed weight records are maintained throughout the life of an aircraft carrier, but since some weights are estimated, the “paper ship” must be checked periodically against the real ship to determine its actual weight.

To do this the Navy routinely reads the draft marks located on the sides of the carrier, at the bow and stern. The drafts are six-inch-high Roman numerals painted on the ship at one-foot intervals in a vertical line. These marks tell the Navy how much of the carrier’s hull is underwater. By knowing the volume of the underwater hull, the Navy can figure the weight of the entire ship.

One can calculate the ship’s weight because of Archimedes’ principle, which states that a body immersed in fluid is buoyed by a force equal to the weight of the displaced fluid. This means that a body floating in water displaces a volume of water equal to its weight.

Does it sound too simple? You’re right. The tricky part is that the hull of the ship is not rectangular. “Although larger ships are somewhat boxy,” says William Austin of the Naval Sea Systems Command, “all carriers are faired at the bow and the stern to allow them to move through the water more efficiently. From above, the outline of the hull would appear more like a tear shape than a box.”

Furthermore, as the hull rises from the keel, it slopes outward so that the volume is constantly increasing. In order to calculate the volume of this three-dimensional, nonlinear shape, an engineer must make a number of area calculations at various intervals above the keel.

As an example, consider five horizontal planes slicing through the hull. One must compute the area of each plane and multiply it by the distance between it and the next plane. Each of these smaller volumes is then added to the next volume to obtain the total volume up to a specified draft. Converting the incremental volume to weight and plotting it against the height above the keel produces a curve which can be used by the ship’s personnel to determine the ship’s weight each time the drafts are read.

The procedure is lengthy and is done only once, at the time the ship is built. As long as the shape of the hull is not changed during the life of the ship, the curve developed to determine the ship’s weight will remain accurate.