How was the March on Washington for Jobs and Freedom in 1963 planned?

The plan was to get the marchers, who came from all over the country, into Washington by 9:00 A.M. and out of the city by sundown. Word of the march was spread across the nation by civil rights and church groups.

Brochures describing the march and the reasons for it were circulated by mail and in person. Youth, labor, tenant, and church groups were targeted to volunteer for work projects, help distribute literature, and give fund-raising events. Major civil rights organizations and labor unions were recruited for contributions. 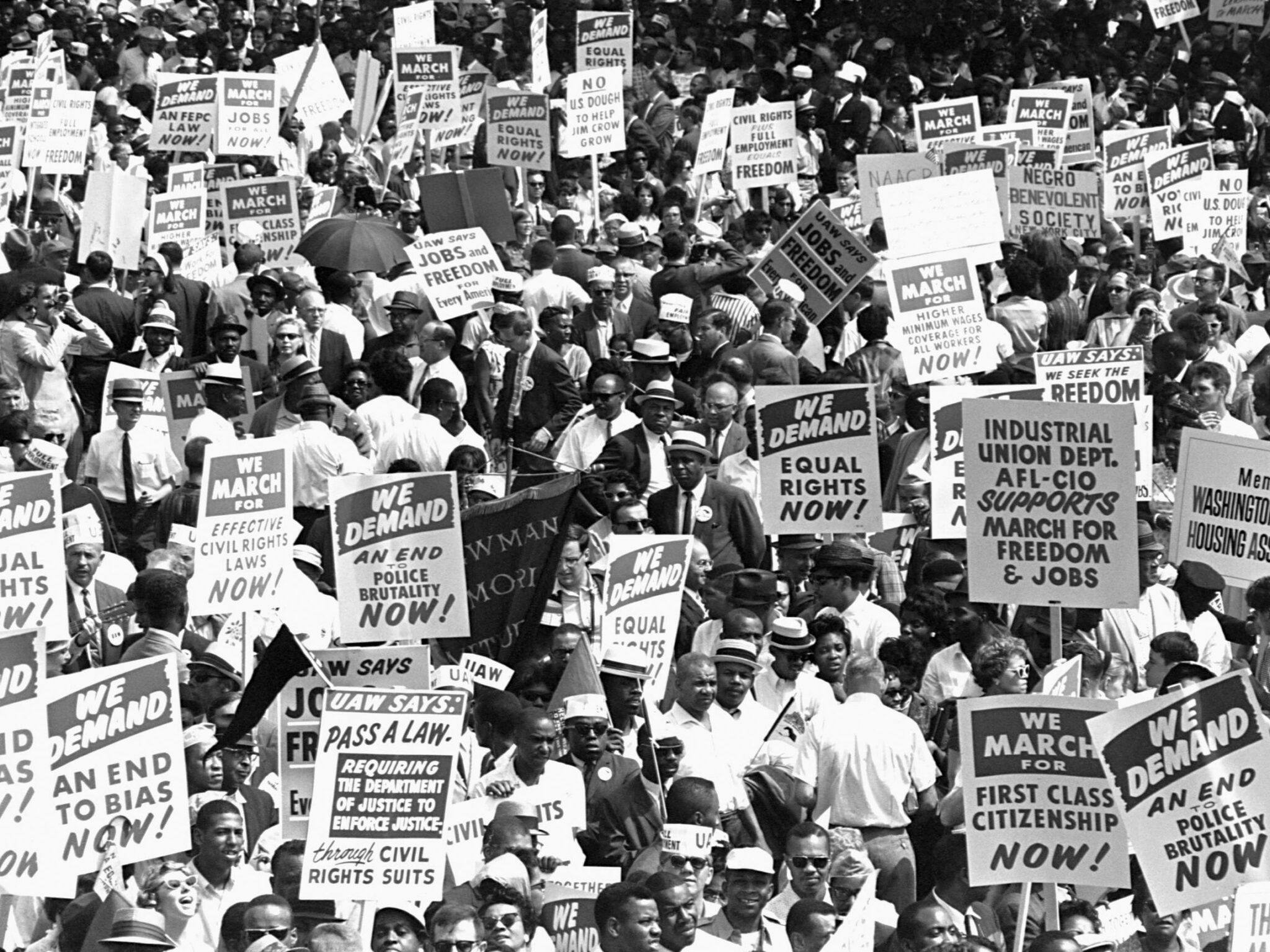 More than thirty special “Freedom Trains” and 2,000 “Freedom Buses” were chartered to transport the marchers to Washington from all across the country.

For security, 2,000 men were trained as internal police. Washington police were informed of the March plans and travel routes, as were the Justice Department and police in all cities that the transportation was expected to pass through. The Committee planned to have speakers, entertainment, and meetings to ensure that the marchers would feel that their time in Washington would be meaningfully spent.

August 28, 1963, was a hot, clear day. Over 250,000 marchers from all over the nation arrived in Washington; as many as 60,000 of them were white. The march was a great success, and took place without any problems. A powerful message of love, peace, and strength was sent that day. The March on Washington was the largest demonstration for human rights in U.S. history.

For the first time, many Americans witnessed blacks and whites together, marching and celebrating side by side.