What does fiasco mean and Where does the word “fiasco” come from?

The Italian word “fiasco” means, in its literal sense, a flask or bottle.

But at some time there became current among theatrical people of Italy the expression, far fiasco, which, though it actually means nothing more than “to make a bottle,” was used with exactly the same meaning that we convey when we say, “to make a mess of; to fail,” or in popular speech, “to pull a boner.”

So fiasco, in English use, came to mean complete and ignominious failure, but not even the most profound scholar in Italy can explain why “bottle” became a synonym for “flop.” 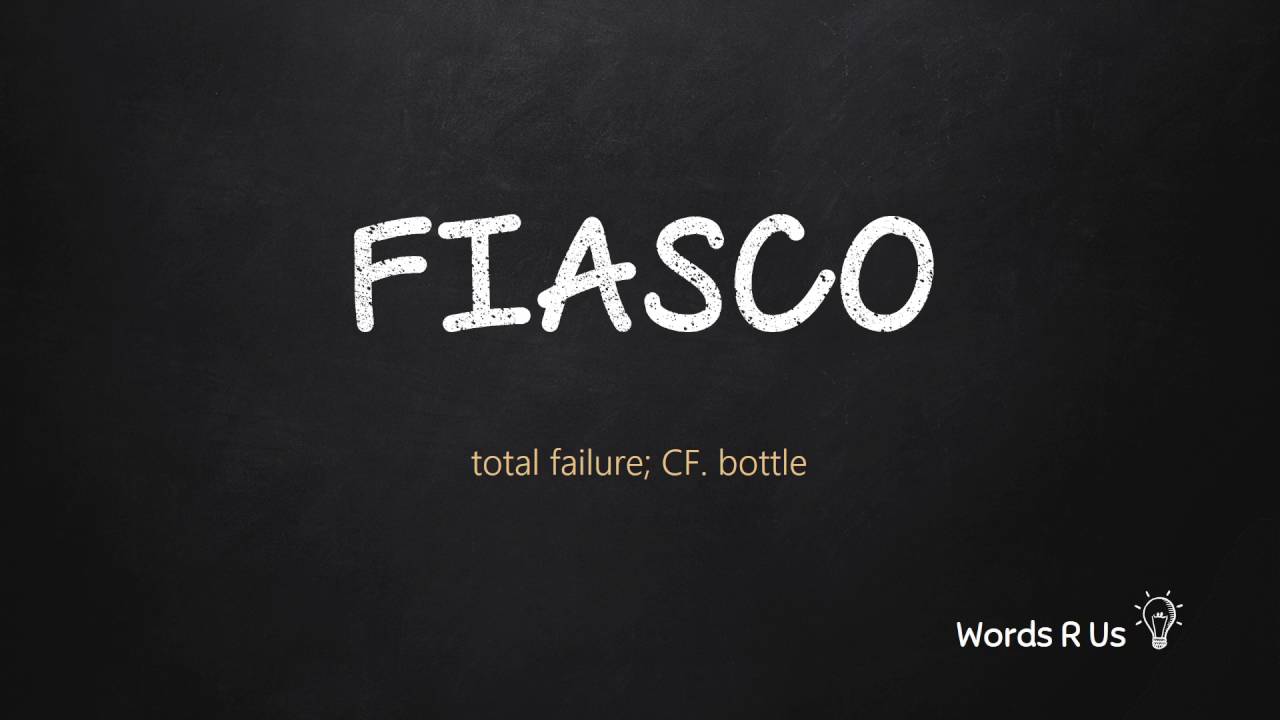