What does solecism mean and Where does the word “solecism” come from?

There was anciently a colony in the province of Cilicia, Asia Minor, known as Soli.

The colony had been settled by Grecians, and the inhabitants thought they spoke Greek.

But the ears of fastidious Athenians were greatly offended by the barbarous, uncouth speech of these outlanders. Words were mispronounced; speech was slurred, but most prominent were the terrific mistakes in grammar. 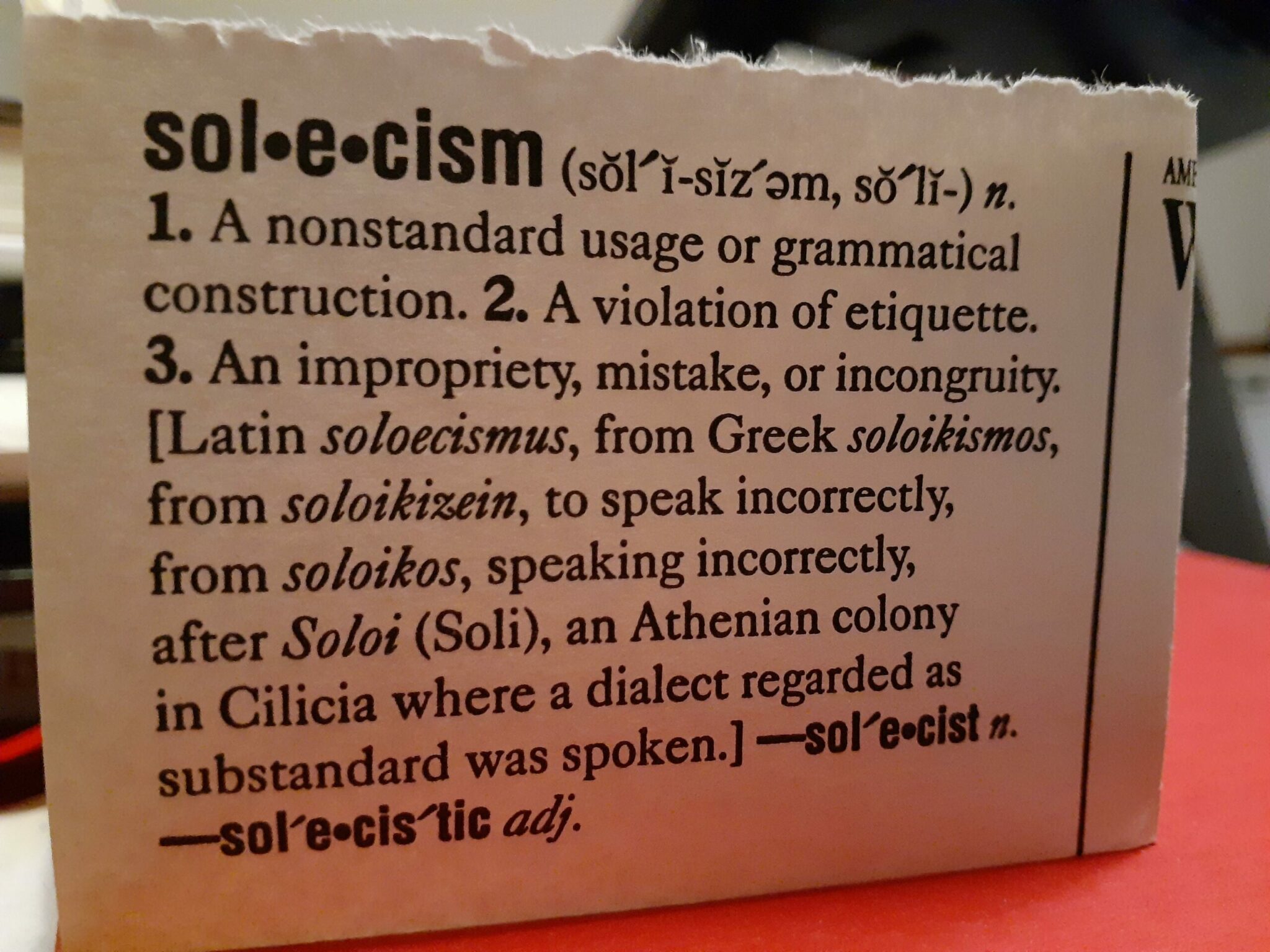 To the Athenian, such speech was an unpardonable offense. He called it soloikismos, the speech of Soli; hence, incorrectness.

Through the Latin, this has become solecism in English.