What is the Difference Between Kentucky Bourbon and Tennessee Whiskey and How is Bourbon Made?

What sets Kentucky bourbon and Tennessee sour mash whiskey apart is largely local pride, but virtually identical whiskey can be made anywhere. They just can’t use those state names if they were made, for example, in North Dakota.

First, what is it that makes bourbon bourbon? Bourbon is officially defined by the federal Alcohol and Tobacco Tax and Trade Bureau (TTB), which was split off from the ridiculously conceived Bureau of Alcohol, Tobacco and Firearms (ATF) by the Homeland Security Act of 2002.

It is defined as a straight (unblended) whiskey produced at a maximum alcoholic strength of 8o percent by volume from a fermented mash containing at least 51 percent corn, and aged at a maximum alcoholic strength of 62.5 percent in charred, new oak containers. In practice, however, most bourbon whiskeys are distilled to around 6o percent alcohol, and bottled at 40 to 5o percent. And they are made from 65 to 7 5 percent corn, plus smaller amounts of other grains such as barley, rye, or wheat. 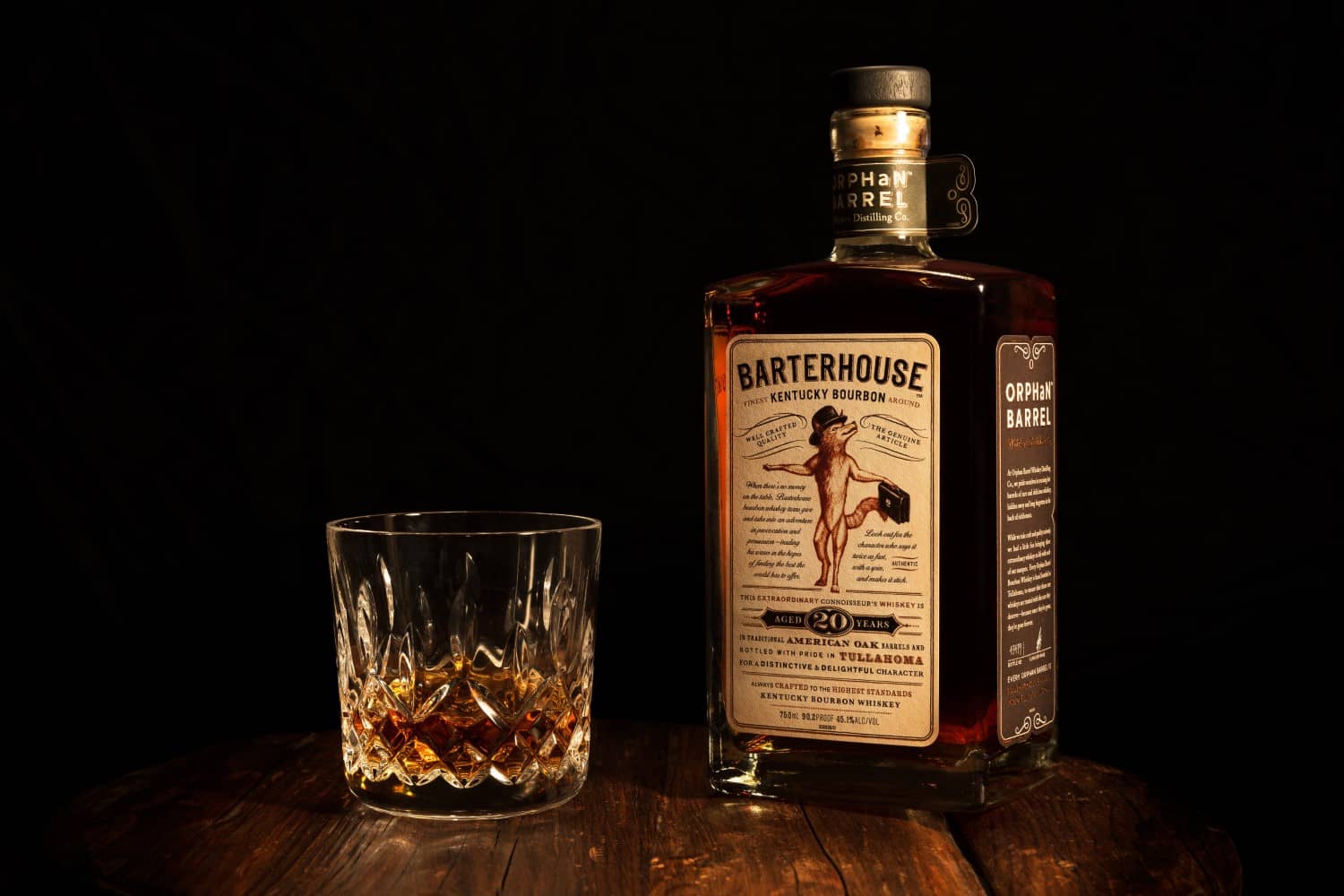 According to the TTB, the word bourbon may not be used to describe any distilled spirits produced outside the United States. But no names of states are mentioned in the regulations, except for the perfectly reasonable ruling that a bourbon may not be labeled “Kentucky Bourbon” unless it was made in Kentucky. There are approximately 162 distilleries producing genuine bourbon in the United States. Most of them, but by no means all, are located in Kentucky.

Now what about Jack Daniel’s Tennessee Whiskey? Is it a bourbon? Strictly speaking (and I’d better speak strictly here because tempers run high on this topic), no. It fits all the legal definitions of bourbon, made primarily from corn; aged in charred, new oak barrels; and well within the strength specifications, except for one thing: It undergoes an additional step.

After distillation and before aging, it is dripped through a ten-foot-thick layer of sugar-maple charcoal, a process billed by Jack Daniel’s as “charcoal mellowing” but known officially as the Lincoln County Process. That’s the only procedural difference between Jack Daniel’s and most of the anointed and consecrated bourbons.

Jack Daniel’s brags about being a sour mash whiskey, meaning that part of the mash used in the fermentation process consists of the exhausted remains of a previous fermentation. But the sour mash process is used in making almost all bourbons and other whiskeys today, so this fact alone has nothing to do with the Zen of being bourbon.