What was a hogan and What does the word hogan mean in Navajo language?

A hogan was the type of house the Navajo built after they arrived in the Southwest.

Hogans were round one-room structures made from a frame of wood poles covered with mud. Each had one entrance, which faced east, and a hole in the roof to release smoke from cooking fires set inside the house.

The Navajo believed that the hogan was a gift to them from Talking God. He told the people not only how to build these homes, but also how to care for them, since hogans were thought to be alive. 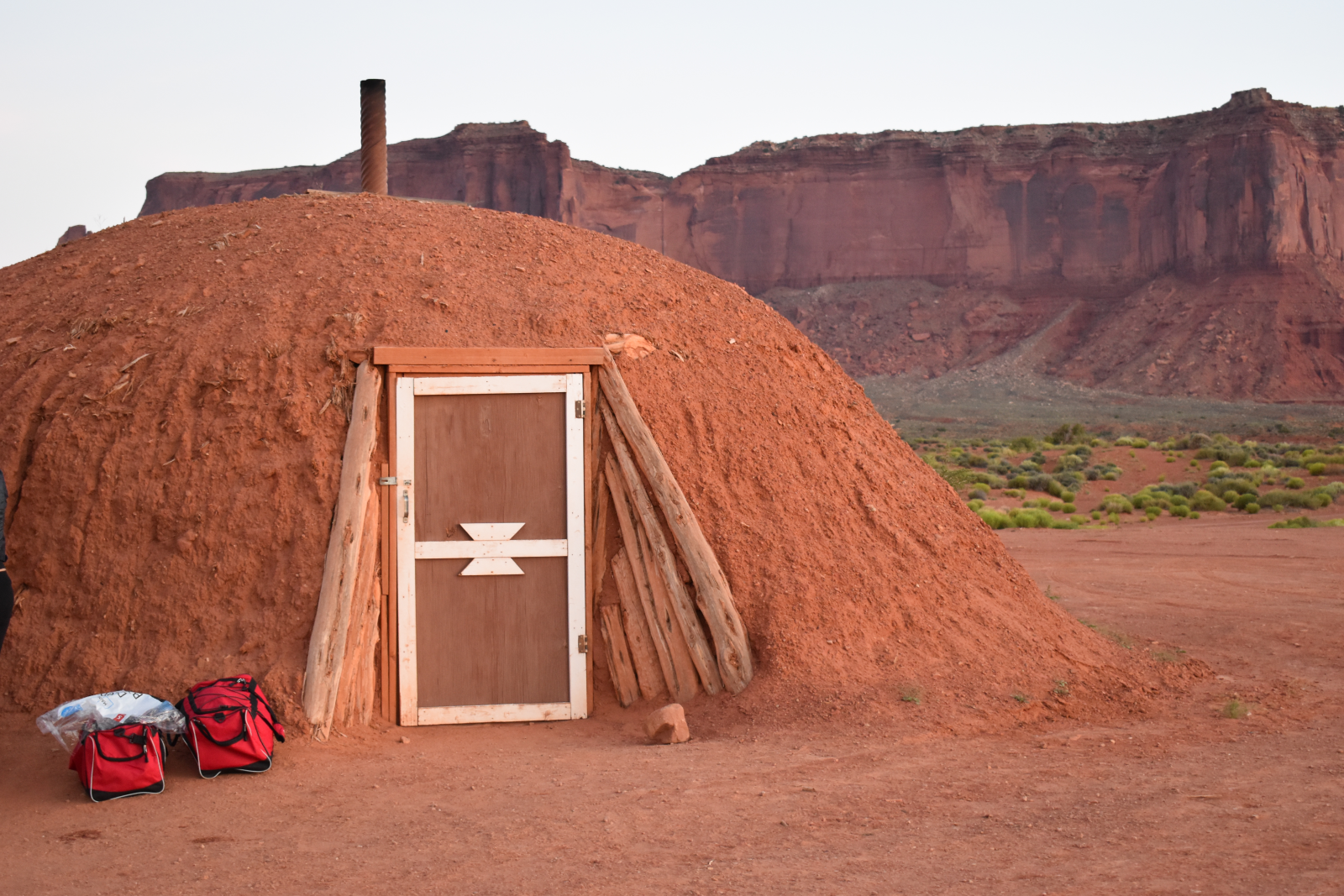 When a family built a new hogan, its members gathered to sing special house-blessing songs and sprinkle corn pollen to the north, south, east, and west. By performing these rituals, the family ensured that they would live in harmony within their home.