Drypaintings were sacred images made by the Navajo during ceremonies such as the Blessingway.

A holy man used sand, cornmeal, pollen, and pounded roots and barks to create symbols and pictures of spirit-beings on the ground. These images were thought to have great power, so after the ceremony they were always destroyed so they could not harm anyone.

Although traditionally drypaintings were meant to be temporary, some Indians artists in the nineteenth century began making permanent versions of them to sell to non-Indians. 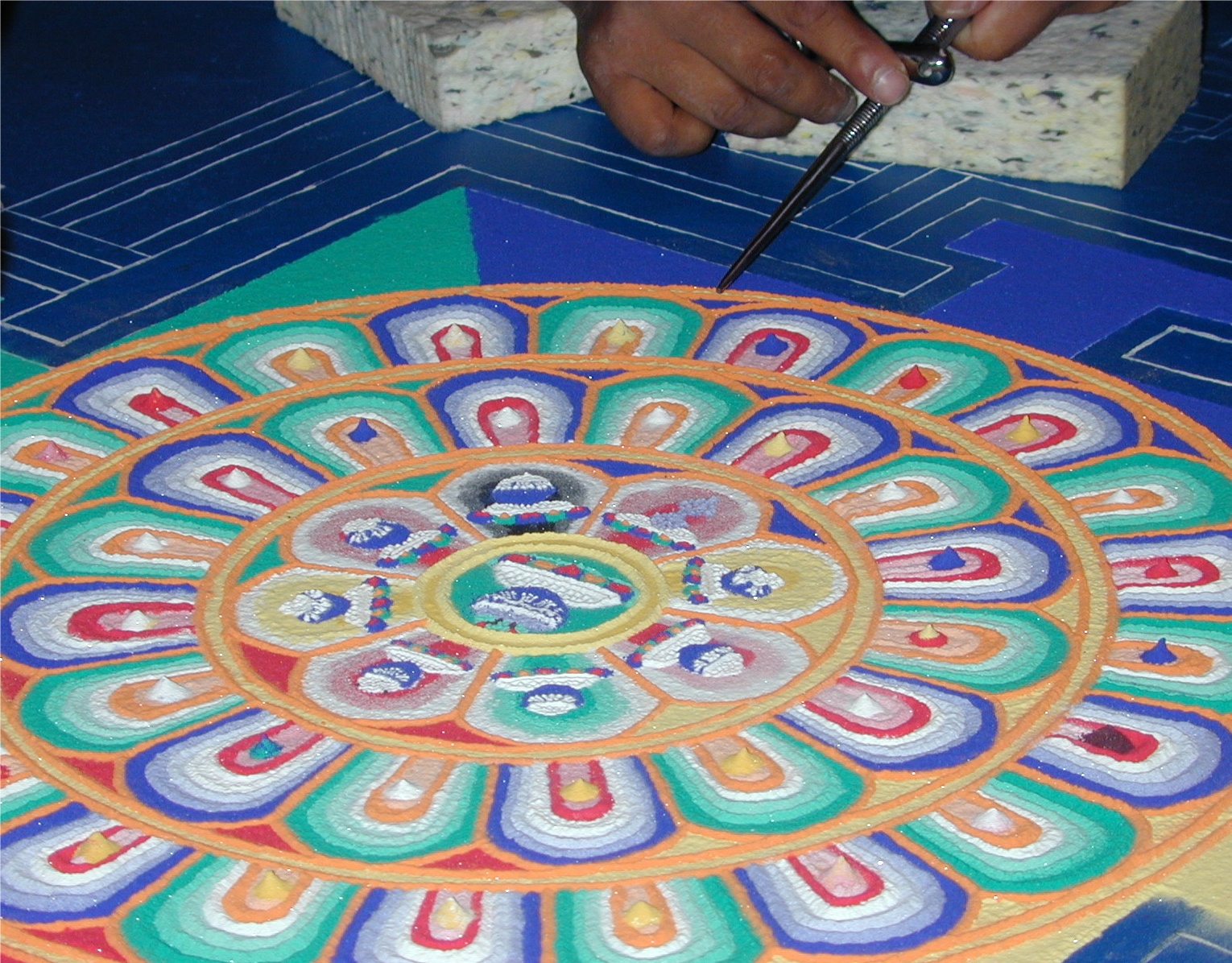