What Was Albert Einstein’s Involvement In the Making of the Atom Bomb During World War Two?

As soon as scientists heard the equation E = mc2 in 1905, they knew it was only a matter of time before a weapon of tremendous power would be devised.

In 1939, Albert Einstein was informed that scientists in Europe, including Germany, had discovered a way to release the atomic energy of the element uranium.

A tremendously destructive weapon would soon be developed based on this discovery. 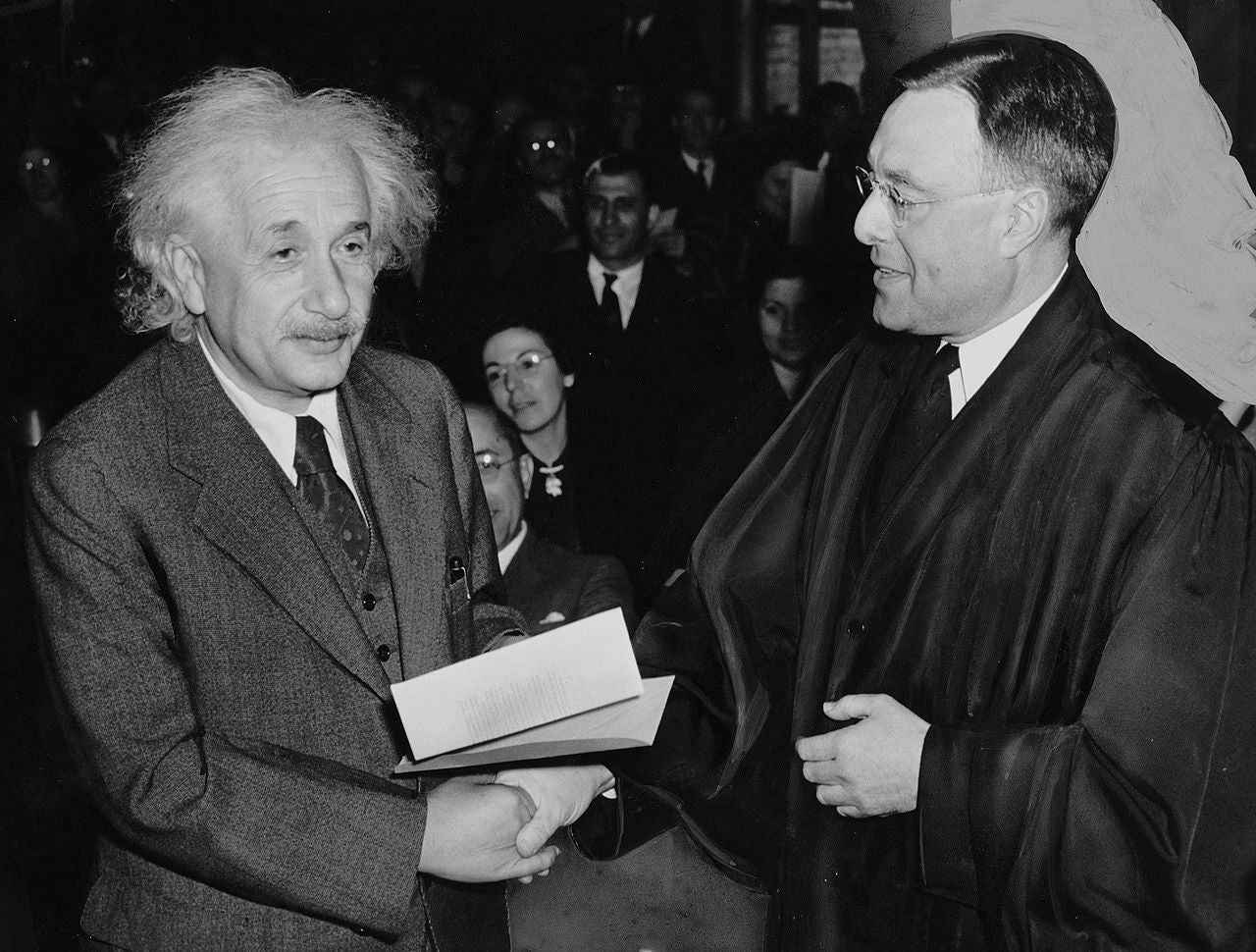 Einstein was a pacifist who rejected all wars, but the world was in a difficult situation, Adolph Hitler and his Nazi Germany had a plan to conquer the world militarily and to eliminate all Jews.

Einstein was born in Germany, but he gave up his German citizenship and escaped to America in 1933 to avoid persecution and probably death.

Other scientists were urging Einstein to inform U.S. President Franklin D. Roosevelt of the development in Europe and to suggest that the United States build such a bomb before Nazi Germany could.

It was a very hard decision for Einstein, but when he found that out there had recently been some large shipments of uranium to Germany, he wrote the letter.

Six hundred city blocks were completely destroyed. The United States had won World War II but Einstein never wanted his discovery to be used in such a way. He worked very hard the rest of his life to make sure that such a weapon would never be used again.

According to Einstein, if you looked through a telescope of infinite strength and no celestial bodies blocked your view, what would you see? Answer: The back of your head.

Einstein was offered the opportunity to become the first president of the State of Israel.

He declined, saying that being a successful scientist did not qualify him for such a position.