Where did the Parachute come from and When was the first parachute invented?

Although the principle and construction of the parachute might seem pretty elementary in these days of advanced aerodynamic technology, early experiments with the devices were feats of considerable daring, usually performed before breathless crowds at country fairs.

Louis Sebastien Lenormand of France was the first to demonstrate his rustic canopy parachute in action when, in 1783, he leaped from a high tower to a safe landing.

Fourteen years later an excited crowd of Parisians gathered in the Parc Monceau to watch Andre Jacques Garnerin rise to an altitude of 3,000 feet in the basket of a balloon, abruptly cut the suspension cord, and descend gracefully to earth with a parachute resembling an oversized umbrella. Garnerin went on to exhibit his jumps at ever increasing heights in various countries, leaping 8,000 feet in England in 1802. 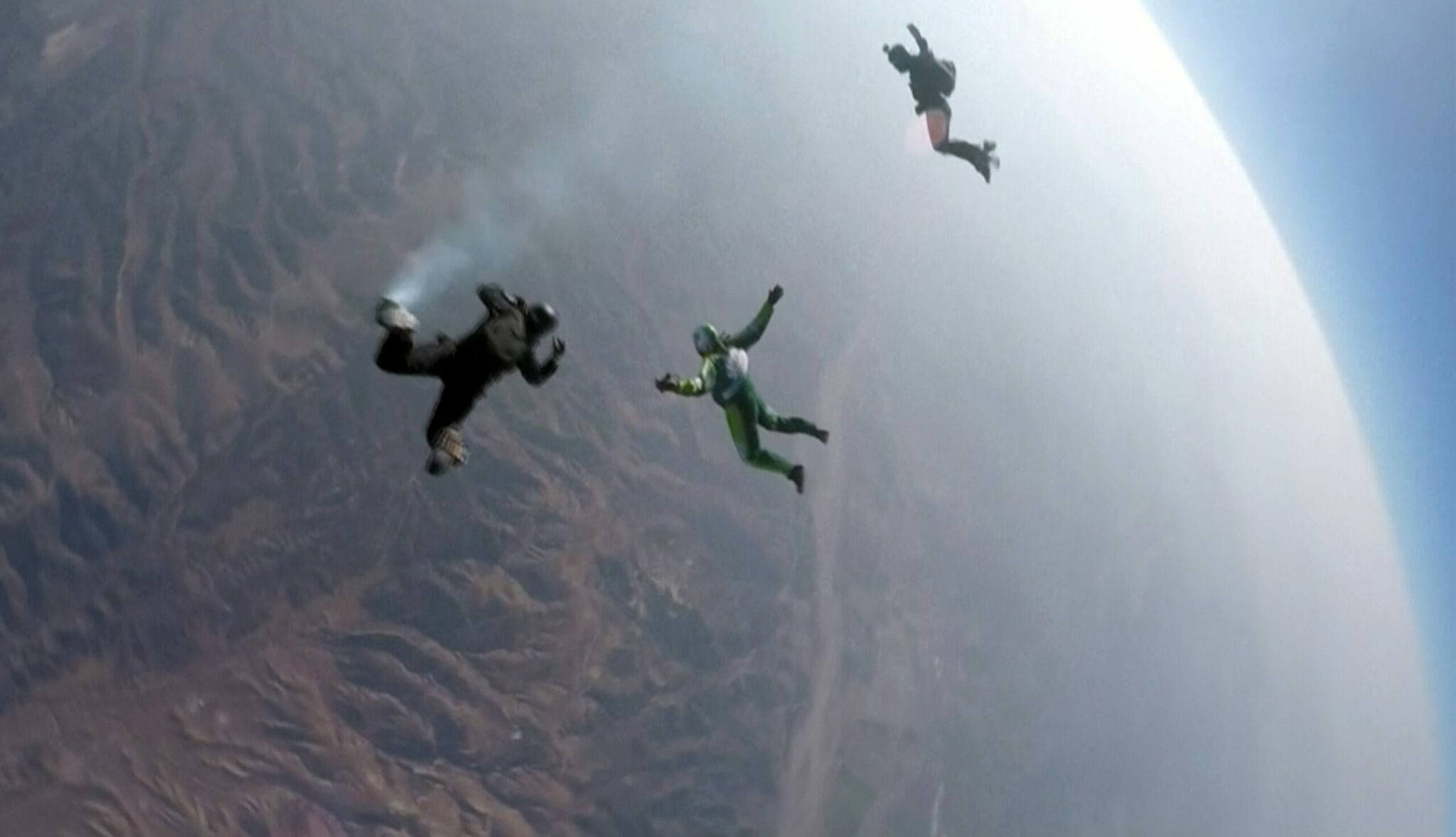 These daredevils may have dazzled audiences with their novel contraptions, but the idea of the parachute was far from new—Leonardo da Vinci was contemplating the principle three centuries before. He sketched a cloth pyramid that would serve to break one’s fall, and he is said to have discussed these aerodynamic factors as early as 1514.

For a while the idea remained in the imagination of writers: in 1595 a book by Fausto Veranzio appeared containing an illustration of a man falling from a tower beneath a rectangular “parachute” made of cloth over a wooden frame. The hero of Desmarets de Saint-Sorlin’s novel Ariane (1632) makes a valiant escape from a prison tower with the aid of an opened-up bedsheet.

The first parachutes were of canvas, later replaced by silk, and then nylon, which is used today. An important development, undoubtedly not considered in the early parachutes, is the use of numerous different pieces of fabric, cut, sewn, and arranged to confine a possible tear to the section in which it starts.

The apparatus (parachute and suspension lines) is assembled in a pack; the ripcord that releases the parachute may be operated manually, or automatically via a timing device, or by a line attached to an aircraft. The first man to jump from a plane was Captain Albert Berry of the U.S. Army in 1912. Enormous parachutes helped the Apollo 14 space capsule land in 1971.

Perhaps the most extraordinary parachute is that used for getting out of an aircraft moving at supersonic speeds.

In this case, the entire seat goes along, pilot, seat, and parachute are ejected by a rocket charge. Eventually, the seat is left behind and the parachute opens automatically, cutting the pilot’s speed as he descends.