In the warm, murky waters of the Amazon and Orinoco Rivers of South America lives a sluggish fish with a shocking capability.

The electric eel can emit an electrical discharge of 550 volts. In the animal kingdom, fish alone can produce electricity, and of the 250 species that do so Electrophorus electricus is the most powerful.

It can deliver a nasty shock to a man ten feet away or stun other fish, which it then consumes. According to ichthyologist C. W. Coates, “Any average electric eel of three feet or longer has a power pickup of about 150 horsepower per second, a fact which seems to belong in the ‘Believe It or Not’ class.” 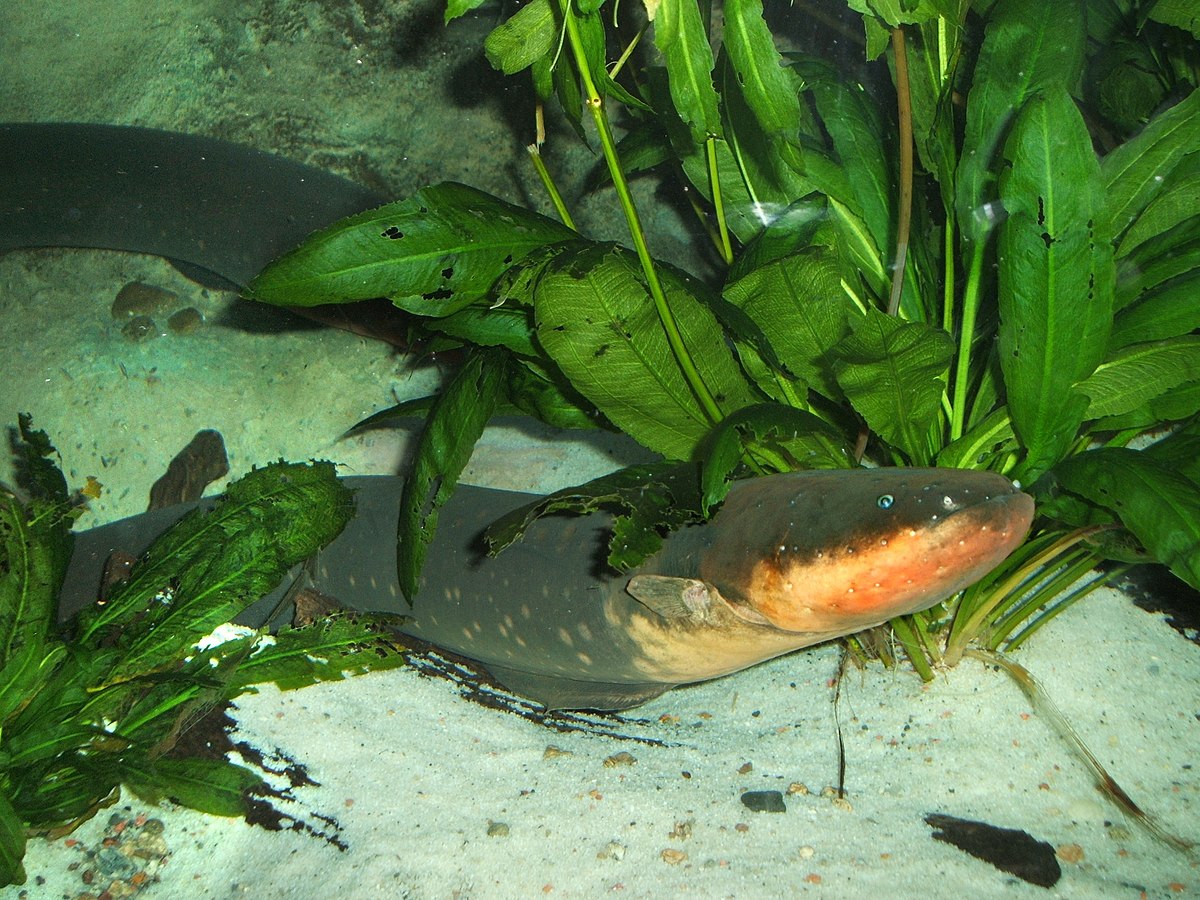 All essential organs are located in the front fifth of the body. The rest houses the tail musculature and the electrical works, consisting of two small “batteries” and a larger one. These organs, which derive from muscular tissue, are made up of specially coated units called electroplates.

Seventy columns of electroplates run along the sides of the electric eel’s body, and each column contains from six thousand to ten thousand plates. The electroplate surfaces face the head and tail, all positive poles lying one way, negative poles the other. Electricity flows from the tail to the head.

Cranial motor nerves power the electric organs. Impulses race through the eel’s body twelve to fifteen times faster than the speed at which impulses travel from the human brain to the nerves. The electroplates each contribute 150 millivolts; connected in series, they combine to produce a remarkably high voltage.

The first small battery in the electric eel’s tail is operating all the time. As the eel moves, this battery emits low-voltage waves that set up an electric field in the water.

When an object enters this field, it causes a distortion, which is registered by pits in the eel’s head. In this way the eel apparently perceives the size and nature of things around it; even with poor eyesight, the electric eel successfully finds food in the murkiest of water.

Scientists believe that the second small battery ignites the larger battery, which in turn discharges a series of quick, powerful pulses.

Each pulse lasts three milliseconds and is delivered with incredible speed. So fast is the pulse that, even though its voltage is more than sufficient to light up many light bulbs, it would come and go before the inertia of an ordinary light bulb was overcome.

The lamp would require one fifteenth of a second to go on, whereas the rapid-fire discharge of the electric eel pulses and passes in one tenth that time.