Where Do Most Earthquakes Happen On Earth and Where Is the Pacific Ring of Fire Located?

Most earthquakes and volcanoes take place along plate boundaries, which are places where tectonic plates meet.

One of the most active areas is around the Pacific Plate, known as the Ring of Fire.

The Pacific Ring of Fire is associated with a nearly continuous series of oceanic trenches, volcanic arcs, and volcanic belts and plate movements. 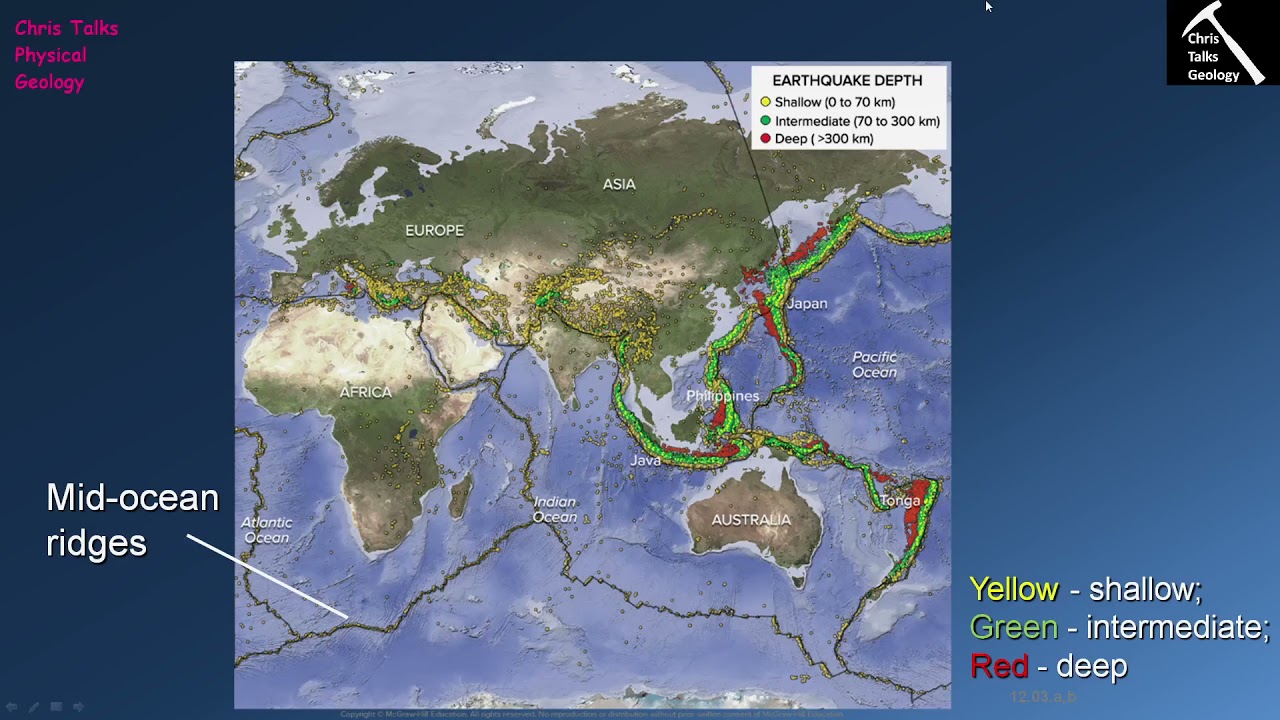 The next most earthquake prone region is the Alpide belt, which extends from Java to Sumatra through the Himalayas, the Mediterranean, and out into the Atlantic ocean.