Where do old newspapers go and How do recycling facilities recycle newspapers?

For years, mountains of old newsprint were blithely tossed out along with other household and commercial waste. Today, as we slowly realize our natural resources are less than infinite, we are recycling about a third of the country’s newspapers.

In order to reuse paper, one must first return it to the consistency of virgin wood pulp. After that, it can be cleaned and prepared for a second (or third or fourth) feeding through paper-making machines. Let’s start at the beginning of a typical mill process.

First the newspapers are collected by towns or commercial trash haulers and separated from higher grades of paper (the latter, incidentally, can be turned into higher-grade final products). Then the newspapers are either bagged in brown paper or bundled with string, sold to mills and stored in warehouses until use. 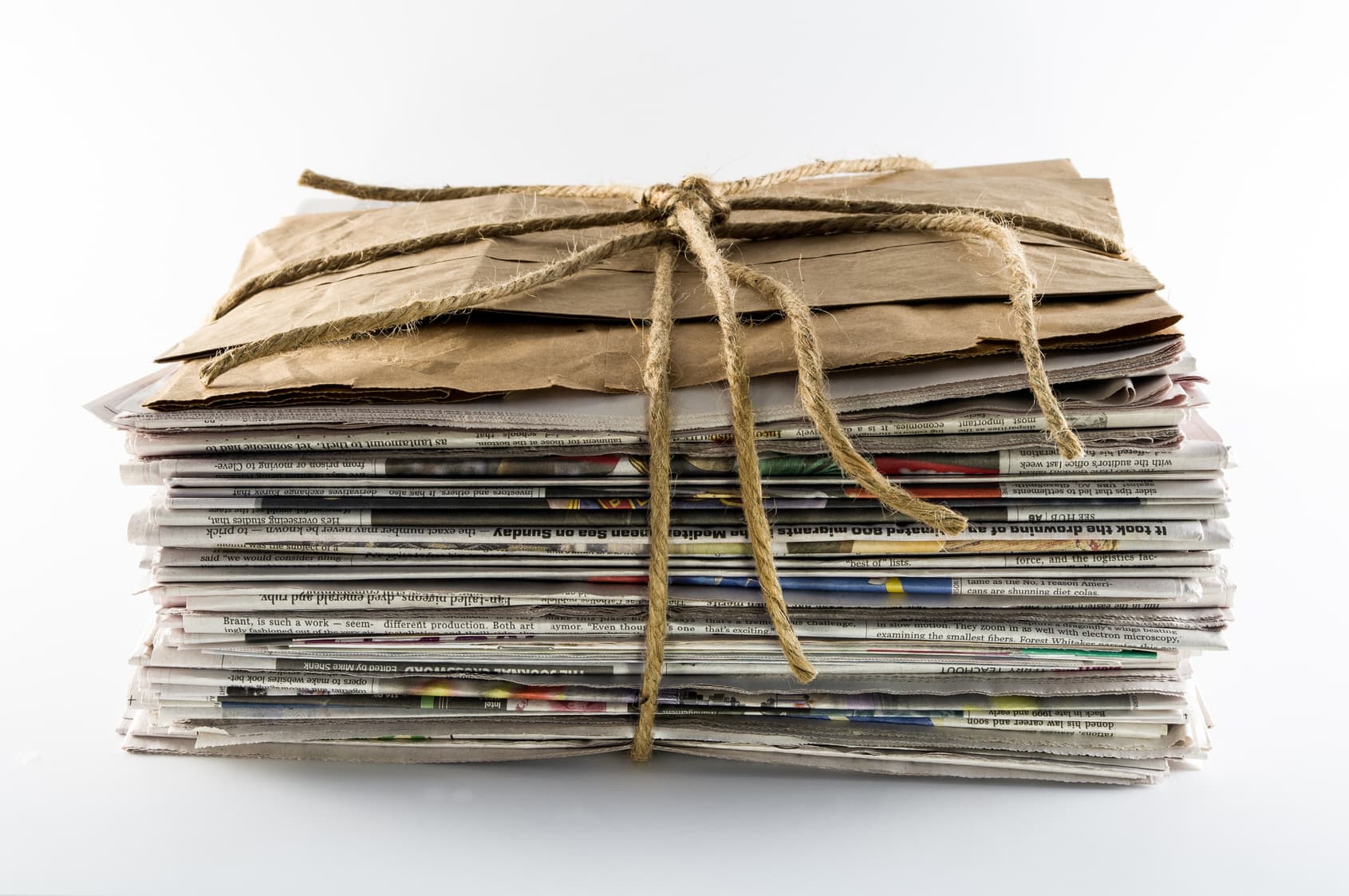 When a mill begins to fill an order for recycled paper, its conveyor belts dump measured amounts of the newspapers, with water, into a giant thirty-foot-diameter blender called a hydrapulper. Rotating blades loosen and roughen the cellulose wood fibers; reduced to a slushy, papier-mache-like consistency, the newspapers are now called a “slurry.”

To remove staples and paper clips, the slurry is now fed into rotating cylinders with coarse screens that trap the contaminants while letting the slurry escape through thousands of holes. Fine screens remove the smaller impurities, particularly the small pieces of binding glue called “stickies” that can make several sheets of paper tear in the presses later on. The mixture is now called “stock.”

A wash system and/or a flotation system is used to strip the ink off the stock. In a typical wash system, the stock is shot with liquid through wire screens and slits at high speed; the wires grab the fibers while the liquid takes the ink with it.

The flotation method calls for the stock to be submerged in a tank while air bubbles, clay and chemicals are run through it. Under high temperatures, the ink adheres to the clay and bubbles; it gets carried to the surface as a foam and is skimmed off. (Clay, incidentally, is often added to paper to improve opacity, make the paper surface smoother and increase the paper’s ability to hold ink.) If an order calls for especially white paper, the mill washes the stock with chlorine bleach, sulfur dioxide or hydrogen peroxide.

At this point virgin wood pulp can be piped into the recycled stock to strengthen it. It’s important to keep in mind that the slurrying, the forceful screening, and the de-inking will eventually damage the fibers in any paper, so that unlike aluminum and glass, the same paper can’t be recycled indefinitely.

Pure recycled paper can clog high-speed newspaper presses: adding virgin pulp reduces the chances of that happening. Barry Commoner, in his book Making Peace with the Planet, reports that The Los Angeles Times prints its news on paper that’s about 80 percent recycled material.

The next step in newspaper recycling is building the fibers in the stock back into paper. In a massive piece of equipment called, rather predictably, a paper-making machine, some are as long as two football fields, more than 90 percent of the water is removed from the stock.

First, the stock is fed at high speed in a continuous stream through a slit in a component called the head box and gently shaken on a thirty-foot-long fine-wire mesh. The mesh feeds the stock into several sets of rollers that squeeze out more water.

Then a set of felt “blankets” carries the still-wet stock through more pressing and drying rollers and delivers it to the final sections of the paper-making machine. These can include vacuum suction driers, steam-heated drying drums and banks of infrared lamps, anything that will clear water from the paper.

Lastly the paper stock is peeled out of the end of the machine and wound on rolls for delivery to the printer.