Where does the word “amethyst” come from and What does it mean?

Among the many superstitions of the ancient Greeks was one concerning the wearing of a certain rare stone.

To be effective, this stone had to be clear and very like the wine of the grape in color; that is, a clear purple or bluish violet.

The possessor or wearer of such a stone, it was believed, would not become intoxicated, no matter how much wine he might drink. So the Greeks named this precious charm against intoxication, amethystos, not drunken, from the negative prefix a, and meth y, wine. 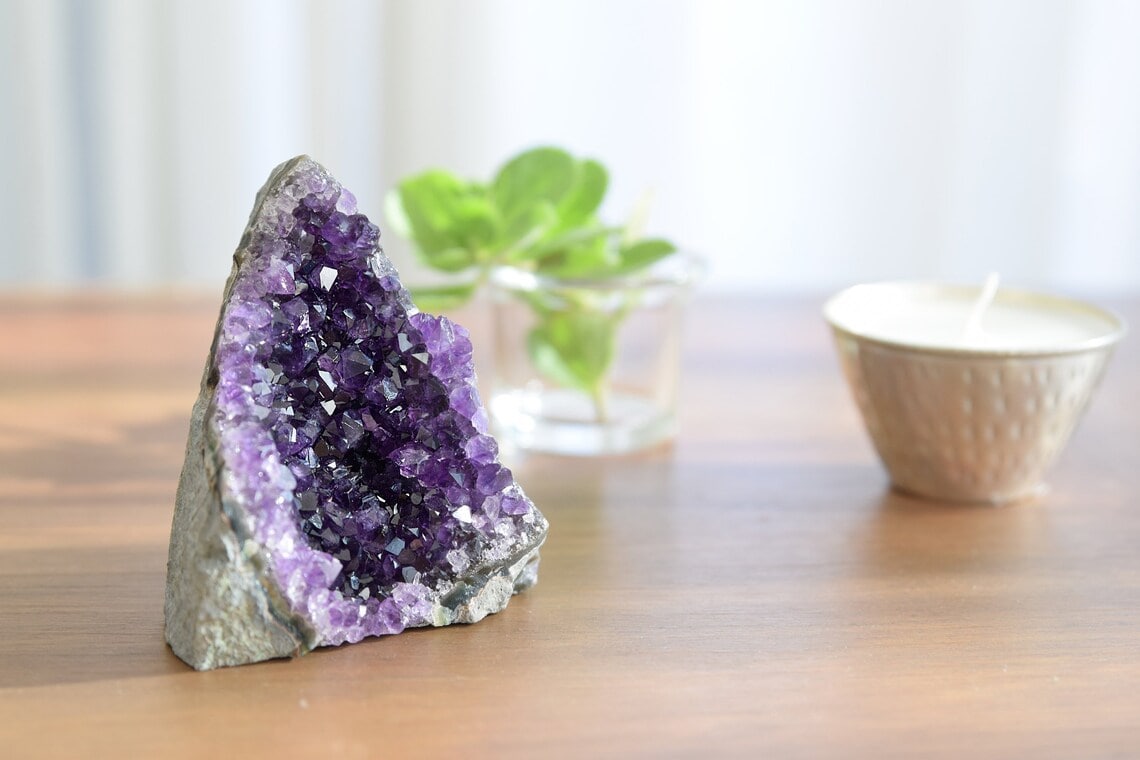 It is in dim remembrance of the ancient belief that this stone, the amethyst, has been favored by men, worn in a ring or as a watch fob.