Where Does the Word “Auspice” Come From and What Does Auspice Mean?

Ancient peoples held the firm belief that future events and the purposes of their gods were revealed by certain signs.

These signs, however, could be understood only by the very devout, especially trained to observe and to interpret.

Different nations had different beliefs in the way these signs were delivered, but among the forerunners of the Roman people, and by the Romans also, the signs or omens were thought to come through the birds, which, flying in the heavens, could readily be guided by the gods on high. 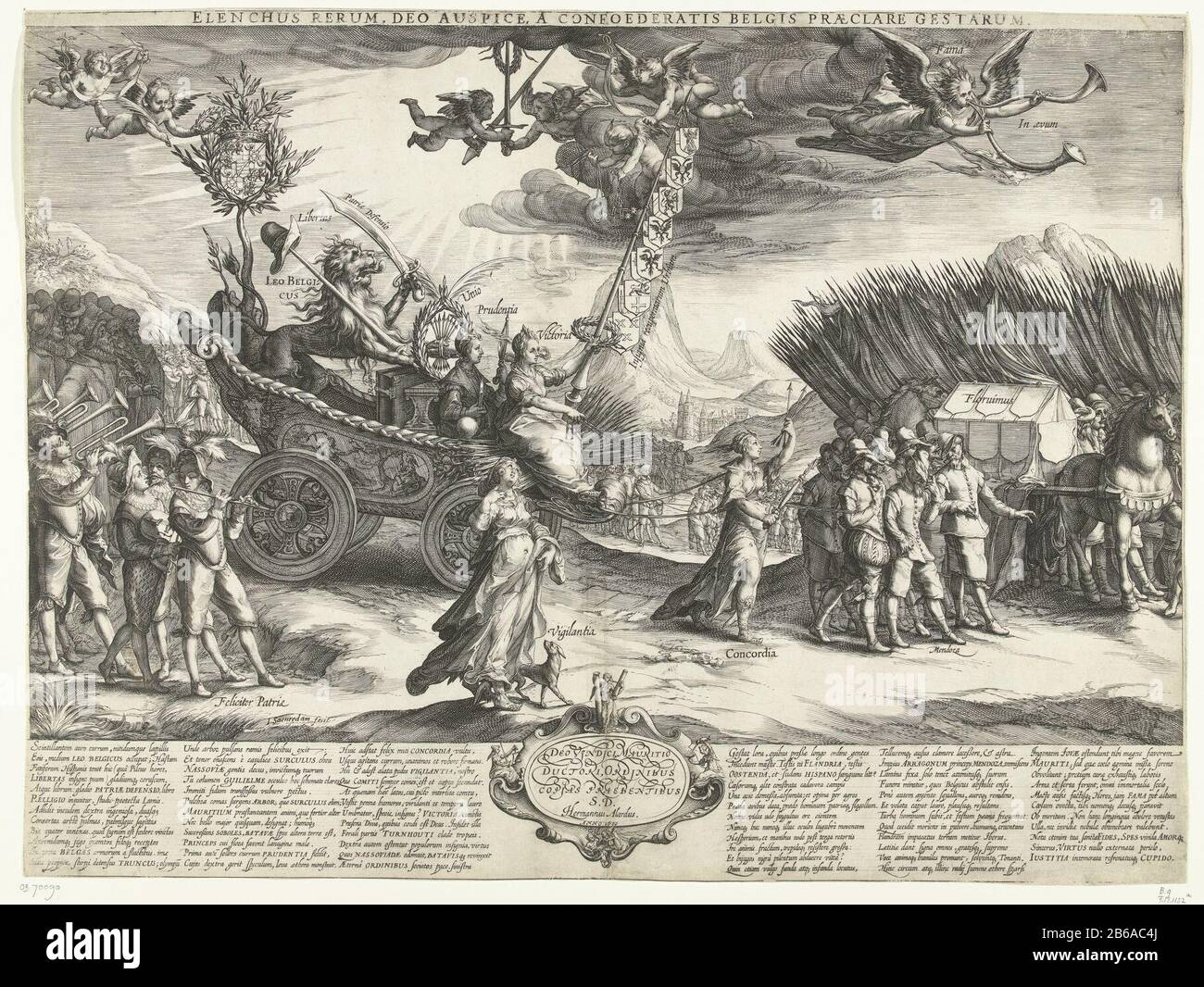 Hence, among the ancient Latin peoples, certain men were appointed to watch the flights of birds, to determine what kind of birds they were, to note the quarter of the sky in which they appeared and the direction of their flight, and, in some instances, to listen to their songs and to observe the food which they ate.

Such a man was called an auspex, a word derived from the Latin avis, bird, and specio, to see. (In later times the auspex was replaced by the augur. See INAUGURATE.) The services of the auspex were called upon when anything of importance was under consideration.

It was his function to say whether the signs were or were not favorable. That function was termed an auspicium, a term that was later applied to the prophetic token itself, to the omen or sign. This latter meaning was retained in the English auspice, but with a favorable sense especially.

Thus when we use the phrase, “under the auspices of,” we mean that our undertaking is under the benevolent protection or patronage of the named person or body.

And when we say that such and such a moment, or occasion or event is auspicious, we express belief in its success, as if the gods were approving the undertaking.

Origins of the Word Auspice

Where does the word auspice come from? There are many facets to this word. Some examples include: augury, patronage, sign, divination from birds, etc. In addition, the word auspice can also be used as a synonym for the terms augury and patronage. If you’re interested in the origins of these words, this article will provide some insight into the various meanings of these terms.

The term augury refers to the specialist consultation of birds in flight, and it is derived from the mythological interaction between gods and birds, wherein the beneficent gods send reliable signs to expert mortals. Although the exact origin of the word remains unclear, the Roman Emperor Augustus promoted the practice. Today, the word is largely used for divination. It has many antecedents, including the Latin word auspex.

The Romans first utilized auspices and laid down rules for them. The Stoics believed that gods had an interest in the affairs of men and would send them signs when they wanted something. Biblical texts also mention the practice of augury. In Isaiah 2:6, a passage refers to Philistines practicing augury. Chaldeans were the first to systematize it.

Augury has many different roots, ranging from ancient Roman practices to modern day soothsaying. In many cultures, augury was a way to predict the future based on a bird’s behavior and flight pattern. The ancient Romans, who derived their term auspicium from Proto-Indo-European auspicium, used augurs to interpret the flight patterns of great birds of prey, such as the eagle and vulture. Today, it is a common way of predicting the future based on omens, signs, and other random symbols.

Initially, augurs were appointed by kings as assistants to the magistrates. However, they soon rose to positions of greater importance and became the preservers of the art and science of augury. The augurs were called collegium, and they were able to pass down their rules of science to their successors. They were also used to aid magistrates in taking auspices.

The word “auspice” is derived from Latin auspicium, which means “bird observer.” It’s a similar word to the English word “omen,” but comes from a different source. Auspice is also a synonym for “sign,” which is an omen. Ultimately, auspice means “good luck” and “auspiciousness.”

Ancient Romans were awed by the power of auspices prior to undertaking major undertakings. They would consult augures to interpret the behavior and feeding habits of birds. These signs were not clear and could only be explained as “the will of the gods.” In Rome, they interpreted auspices as a message from the gods which would guide their affairs. The flight of birds, as an example, helped establish the kingship of Romulus.

In ancient times, people considered the flight of crows and ravens as a sign of good luck. Ravens and woodpeckers were also viewed as auspicious, but vultures were also considered auspicious. And while eagles were considered lucky and fortunate, low-flying birds were not. Throughout the world, birds of every type have had significant meanings.

While ancient sources show that auspices have been used to interpret the will of gods, many scholars consider them a Roman concept. In fact, many ancient writers believe the concept of auspices to be older than Rome. However, it is unlikely that the Romans picked it up from the Etruscans. In fact, ancient Romans used auguries and augurs to predict the future. Interestingly, Cicero says that the Romans developed auspice laws and regulations around auspices. The Romans also regarded the birds as messengers, thereby determining whether they would be successful or not.

Auspices are extremely important in the world religion. They do not predict the future, unlike fortune telling. They aid in making controversial decisions. Auspices are designed to strengthen them, not weaken them. The Latin word for auspices is at the root of the word. This article will examine some of the different ways that the Romans use the word.

The word “auspice” was first used in the Roman Empire. It comes from the Latin word auspicium which means “good”. The auspex word, also known as a fortune-teller, was used to predict the fate of birds that would bring good luck. The birds were sent by Jupiter. Over time, auspices came to be misused as they were used to influence important events.

The Romans employed auspices to interpret the will of God. As the Romans developed their religion, they used auspices to integrate the state’s religious practice with the state’s. The word “auspice” is a combination of the Roman republic’s state religion and its system of. The most common name for a soothsayer’s name is ‘auspice’.

Auspices were public statements regarding the state’s affairs in the early Roman state. They were intermediaries between the state and gods. Only patrician officials had the right to use auspices. The patricians received auspices when they took office, held them during their tenure and then handed them over when they left office. Modern writers believe that auspices were bestowed to magistrates by a special act.

The word auspice is derived from the Latin word auspex. The plural form, auspices means kindly patronage or guidance. The Latin word pullus was first used to refer to birds in the late 16th century. Birds are considered auspicious in numerous cultures. Many belief systems believe that dreaming of birds is a good omen as the disappearance of birds in the wake of a natural disaster is a warning.

The word auspice comes from Latin auspicium and its derivative, auspex. It refers to patronage, and can also refer to omens or signs. It comes from the behavior of birds, which are believed to be lucky in certain circumstances. But, unlike its origin in the Middle French language, auspice is used to describe the sign of omen or a symbol. Therefore, a bird’s flying is an auspicious sign, and the building was built under the auspices of the Friends of the Poor.

The Latin word for auspice is a multifaceted term. Although it has many translations, it usually means “protection or patronage.” As an example, “we built the building under the auspices of the Friends of the Poor,” implies that a circle of vultures would not be a good auspice. The word is used chiefly in the plural. “The auspice of vultures” implies that there’s a chance that a certain group of vultures is circling the city.

The Latin word meaning “auspice” comes from the Latin auspex, which translates to bird-watcher. This meaning is closely linked to the fact that many cultures consider birds auspices. Birds appearing in dreams are a sign of life and their disappearance is warning of imminent disasters. What exactly is auspice? Auspices are usually prophecies. These omens are used to predict the outcome of a particular event.

According to the 5th edition of the American Heritage Dictionary of the English Language, the word auspice refers to an omen, sign, or indication. It is also associated with patronage. It is used in phrases that refer to patronage, protection, success. Although its meaning is unclear however, it can be a sign of luck. In certain cultures, it’s beneficial should it come your way!